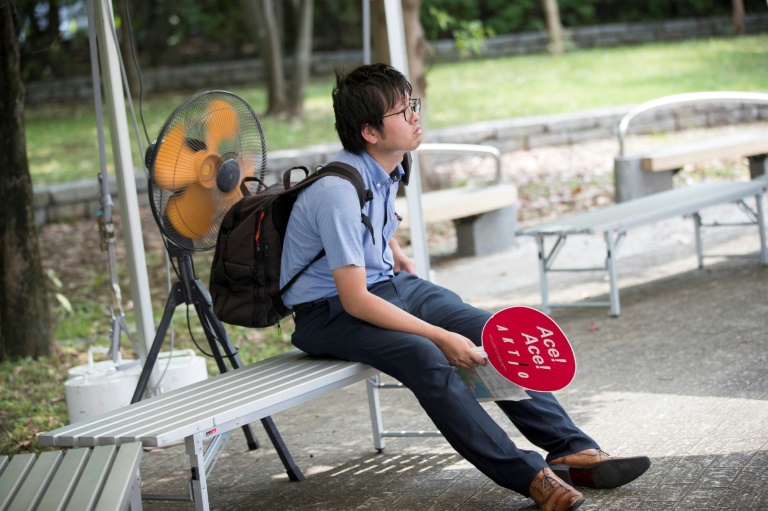 Japan's summer combines high temperatures and humidity, and there have been persistent concerns about conditions for athletes

TOKYO - Japan's northern Hokkaido region was supposed to offer cooler climes for next week's Olympic marathons and race walks, but now the area is battling a heatwave.

Olympic organisers moved the two events from Tokyo in 2019, worried that even shifting the start times to dawn would not be enough to keep athletes safe from the heat.

READ: Nigerian and Kenyan sprinters barred from Olympics for doping

The summer temperatures in Hokkaido's Sapporo were expected to be kinder -- around five or six degrees Celsius cooler than Tokyo, the International Olympic Committee said.

But in the last week, temperatures in Sapporo hit over 34 degrees Celsius (93 degrees Fahrenheit), and they are forecast to hover between maximums of 31 and 34 degrees over the next week, when the race walks and marathons will take place.

The mercury has surged even higher elsewhere in Hokkaido, with one town in the region becoming the first place in Japan this year to record temperatures over 38 degrees.

The men's 20-kilometre race walk takes place in the region on Thursday, followed by the women's race and the marathons for men and women over the next few days.

Temperatures in Tokyo over the coming week are forecast to range from maximums of 30 to 34 Celcius.

Heat has been a persistent concern for organisers, with a raft of counter-measures drawn up including misting stations and ice jackets.

In its bid for the Games, Tokyo argued that its summer included "many days of mild and sunny weather" and would offer "an ideal climate for athletes to perform their best," but many competitors and volunteers have struggled with the conditions.

Tennis matches have now been pushed back until later in the day after multiple complaints, with Russian player Daniil Medvedev warning "I can die" as he sweated through one match.

Organisers on Sunday defended their heat measures, but Tokyo 2020 CEO Toshiro Muto admitted "this is something we need to be vigilant about."

He said 30 people involved with the Games have so far been treated for "heat illness", which organisers say is milder than heatstroke.

Those affected were mostly Games staff and volunteers, and none were in serious condition, he added

While the Games have been held in places that are hotter or more humid than Tokyo, including Athens and Beijing, Japan's sweaty summers offer both, in an unpleasant and sometimes deadly combination.

But, Muto added, "so far the counter-measures are going quite well, are successful."