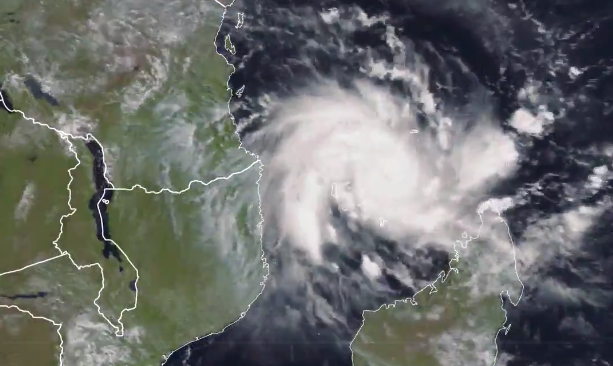 MAPUTO - Cyclone Kenneth is expected to weaken after making landfall in Mozambique on Thursday.

Kenneth will continue to produce huge amounts of rain over the Cabo Delgado province, Mozambique, with up to 500mm possible in a 4 day period for the province capital, Pemba & the second largest city; Montepuez.

It is not expected to cause the kind of devastation brought by Cyclone Idai, however, the heavy rains could hamper the recovery made so far.

At least 1,000 people lost their lives in Mozambique and Zimbabwe with close to two million people left in desperate need of aid.