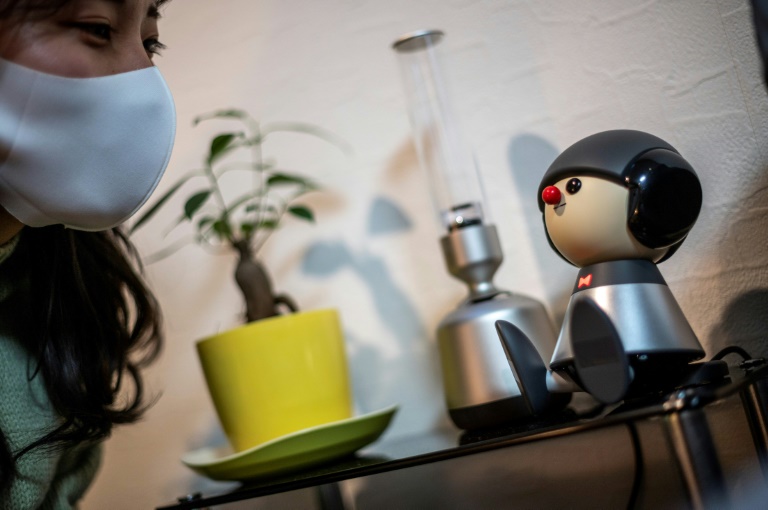 Nami Hamaura says she feels less lonely working from home thanks to her singing companion Charlie, a Japanese robot

TOKYO - Nami Hamaura says she feels less lonely working from home thanks to her singing companion Charlie, one of a new generation of cute and clever Japanese robots whose sales are booming in the pandemic.

With socialising limited, life in her first job at a Tokyo trading company was nothing like she had imagined.

So she adopted Charlie, a mug-sized robot with a round head, red nose and flashing bow-tie, who converses with its owner in song. 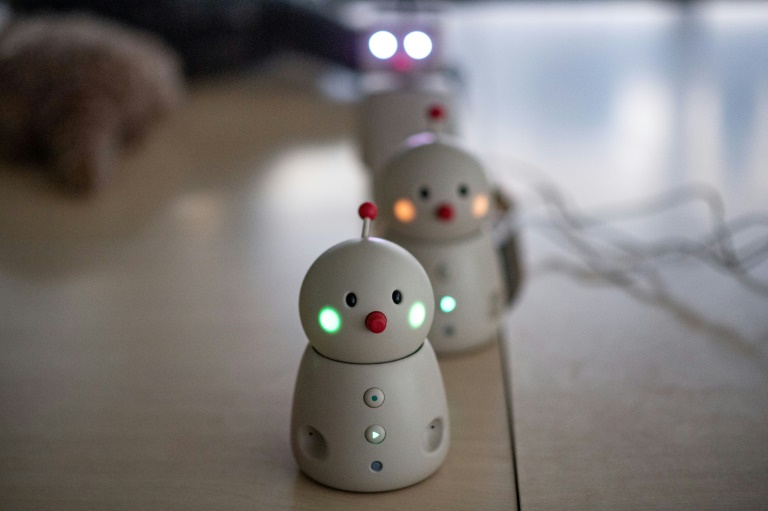 Yamaha, which makes Charlie, describes it as "more chatty than a pet, but less work than a lover".

"He is there for me to chat with as someone other than family, or friends on social networks, or a boss I needed to produce a report for," Hamaura told AFP.

She is a pre-launch test customer for Charlie, which Yamaha plans to release later this year.

"Charlie, tell me something interesting," she asks while typing at her dining table.

"Well, well... balloons burst when you spray lemon juice!" he replies, cheerfully tilting his head to each side.

Sharp said sales of its small humanoid Robohon were up 30 percent in the three months to September 2020 compared with a year earlier. 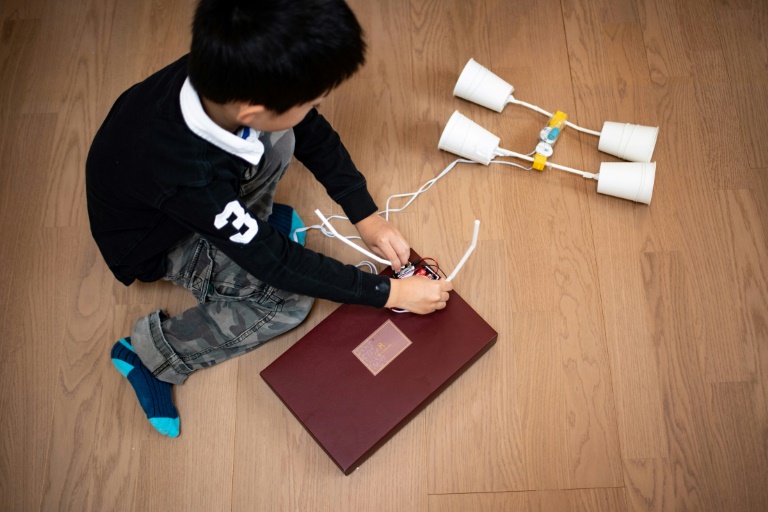 "Not only families with children, but also seniors in their 60s and 70s" are snapping up Robohon, which talks, dances and is also a working phone, a Sharp spokesman told AFP.

But the adorable android -- first released in 2016 and only available in Japan -- does not come cheap, with regular models priced between $820 and $2,250.

Charlie and Robohon are part of a new wave of robot companions pioneered by firms such as Sony with its robot dog Aibo, on sale since 1999, and SoftBank's friendly Pepper, which hit shelves in 2015. 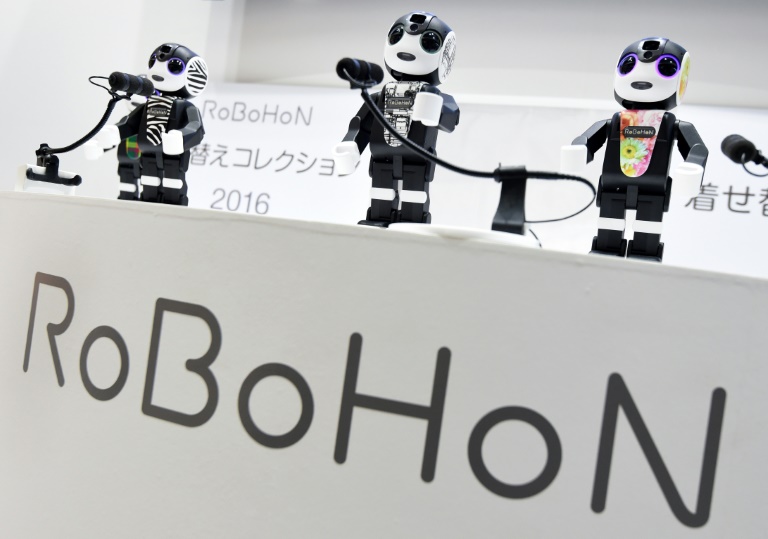 Sharp's Robohon has also enjoyed a rise in sales

"Many Japanese people accept the idea that every object has a soul," said Shunsuke Aoki, CEO of robot firm Yukai Engineering.

"They want a robot to have a character, like a friend, family or a pet -- not a mechanical function like a dishwasher."

Yukai's robots include Qoobo, a fluffy pillow with a mechanical tail that wiggles like a real pet.

They will soon release their latest home assistant "Bocco emo", which looks like a miniature snowman and allows families to leave and send voice messages through their phones. 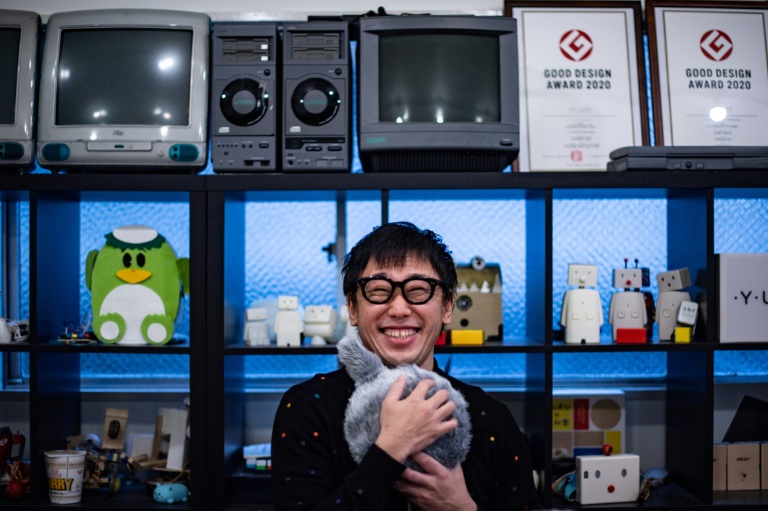 Shunsuke Aoki, CEO of Yukai Engineering, hugs the robotic cushion Qoobo, which has a mechanical tail that wiggles

Kaori Takahashi, 32, bought a Yukai robot-building kit for her six-year-old son to keep him occupied during the pandemic.

Robots feel normal in everyday life because they are in so many Japanese children's films and cartoons, she said.

"I grew up watching anime shows 'The Astro Boy Essays' and 'Doraemon', which both feature robots, and my children love them too."

Studies have shown that therapeutic robot pets designed in Japan, such as fluffy mechanical seals, can bring comfort to dementia patients. 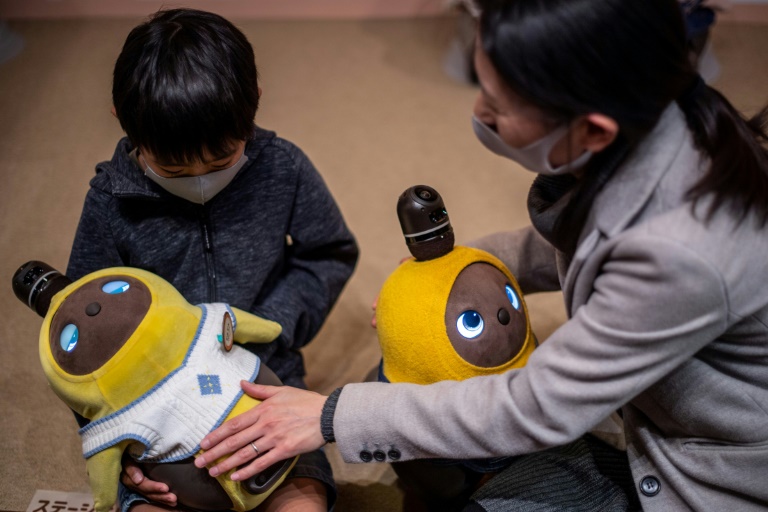 People can visit the Lovot Cafe near Tokyo to interact with the bots, which have big round eyes and penguin-like wings that flutter

But the makers of Lovot -- a robot the size of a small toddler, with big round eyes and penguin-like wings that flutter up and down -- think everyone can benefit from a bot that just wants to be loved.

It has more than 50 sensors and an internal heating system, making it warm to touch, which it reacts to with squeaks of joy.

A single Lovot costs around $2,800, plus fees for maintenance and software -- but those without deep pockets can visit the "Lovot Cafe" near Tokyo instead. 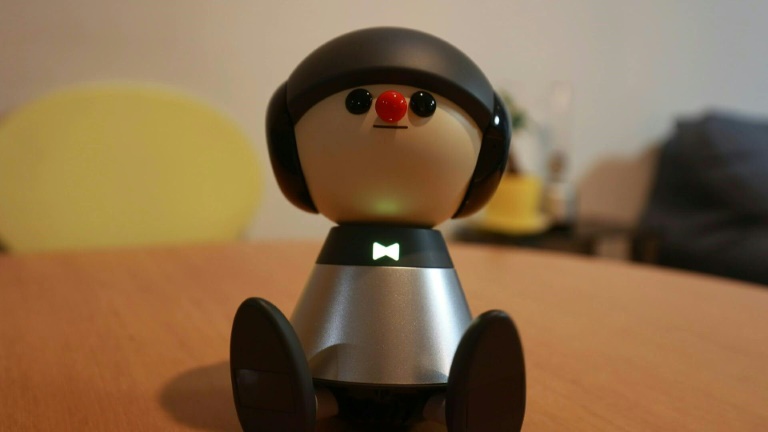 During Japan's virus state of emergency, the capital became "stark and empty", she said.

"We need time to heal ourselves after this bleak period. If I had one of these babies at home, the heartwarming feeling would probably do the trick."