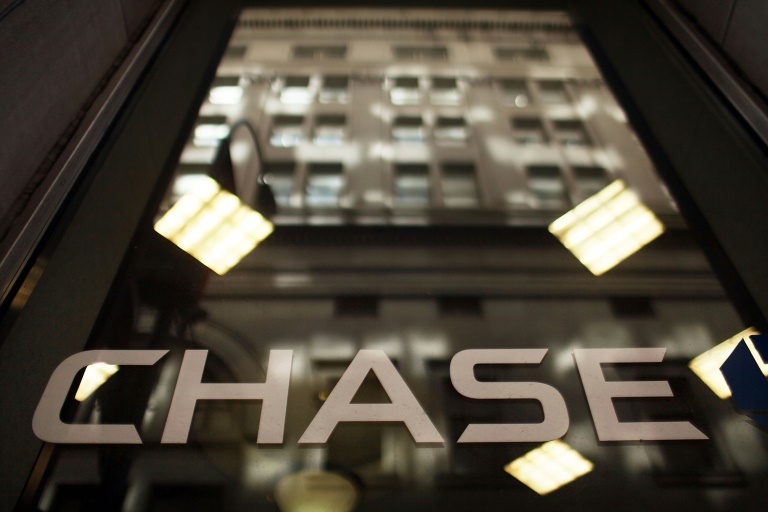 JPMorgan Chase reported a dip in quarterly earnings on higher costs, but results were boosted by an improving macroeconomy that reduced the need for reserves in case of bad loans

The financial giant pointed to a broadly solid US economy that allowed it to release reserves it had set earlier in the Covid-19 pandemic in case of defaults, which boosted profits.

It also has seen an uptick in overall lending, another sign of increasing economic activity.

Two other large banks, Citigroup and Wells Fargo, also released reserves, pointing to the healthy state of consumers and businesses that translates to low delinquencies and charge-offs.

But shares of both JPMorgan and Citigroup fell as executives acknowledged an economic outlook clouded somewhat by rising inflation and lingering Covid-19 uncertainty.

"The economy continues to do quite well despite headwinds related to the Omicron variant, inflation and supply chain bottlenecks," said JPMorgan Chief Executive Jamie Dimon.

"We remain optimistic on US economic growth as business sentiment is upbeat and consumers are benefiting from job and wage growth."

Citigroup Chief Financial Officer Mark Mason said it was still "early days" on the latest coronavirus variant, but the bank is watching Omicron "and how that may impact sentiment."

On inflation, Citi's business clients are mostly able to pass on higher costs and "not really yet feeling a pinch," he said. "But again we're watching it closely and it's kind of early days to call."

At JPMorgan, fourth-quarter earnings came in at $10.4 billion, down 14 percent from the year-ago period. Revenues were flat at $29.3 billion.

The quarterly results included $1.8 billion in net reserve releases from funds that were set aside earlier in the pandemic in case of bad loans.

Strong points in the report included higher investment banking fees tied to what Dimon called "unprecedented" merger and acquisition activity offset somewhat by a drop in trading revenues in some businesses.

But the bank saw an 11 percent jump in fourth-quarter expenses, with much of it due to higher labour costs.

Chief Financial Officer Jeremy Barnum pointed to "somewhat elevated attrition" in the workforce that has resulted in wage hikes.

Dimon said the current uptick in inflation includes elements that are "not transitory," such as housing, oil prices and wages.

"They're elevated for a while," Dimon said on a conference call with journalists. "And the Fed really needs to thread the needle... to slow down the growth in inflation a little bit without stopping the growth."

Eric Compton, senior equity analyst Morningstar, said in a note he was "a bit surprised" by the extent of the spending increases, as well as by JPMorgan's forecast on the benefit of higher Federal Reserve interest rates on net interest income.

As a result of the shifts, estimates for JPMorgan shares "will be tamped down," he said in a note.

At Citigroup, profits in the fourth quarter came in at $3.2 billion, down 26 percent, partly reflecting higher costs tied to consumers business divestitures in Asia.

Revenues rose one percent to $17 billion.

At Wells Fargo, profits in the fourth quarter soared 86 percent to $5.8 billion on a 13 percent rise in revenues to $20.9 billion.

Wells Fargo saw a jump in consumer and commercial lending in the fourth quarter compared with earlier in 2021, and said "a strong economic environment helped reduce charge-offs to historical lows."