History-chasing Ledecky hungry for more as she eyes Olympic record 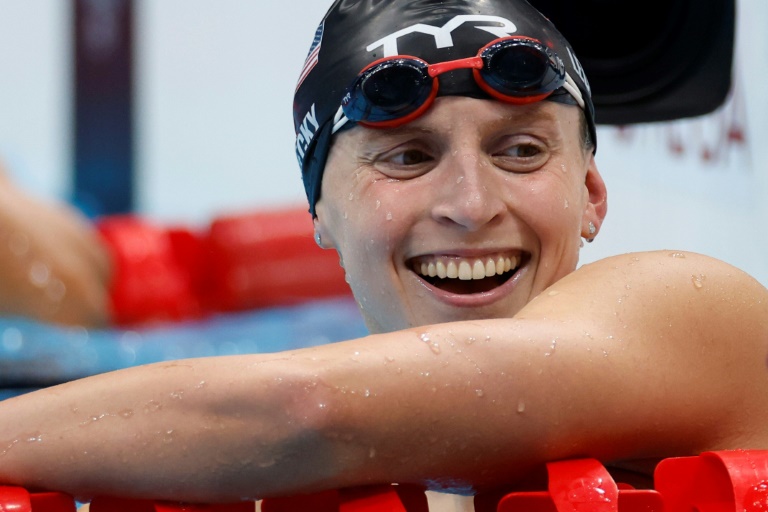 TOKYO - Katie Ledecky is in rarefied company on the all-time list of female Olympic swimmers after claiming two more golds in Tokyo but her hunger for glory shows no sign of abating.

The American came to Japan with five gold medals under her belt and triumphed in the 800m and 1500m freestyle after the disappointment of conceding her 200m and 400m titles to Australian rival Ariarne Titmus.

Only American Jenny Thompson is ahead of the 24-year-old on the all-time list of female Olympic gold medallists in swimming, with eight.

"I'm really happy, that's the best way to put it," an exhausted Ledecky said after outpacing Titmus by more than a second to claim her third straight 800m gold medal on Saturday.

"I still love this sport, I love it more every year. I'm going to give every ounce I have to this sport. I love the training, the day to day, so I'll keep doing it until I think it's time."

Heading to Japan, the focus was firmly on the battle between Ledecky and Titmus, four years her junior.

The Australian beat her American rival in the 400m freestyle at the 2019 world championships but some questioned the result because Ledecky was suffering from illness at the meet. 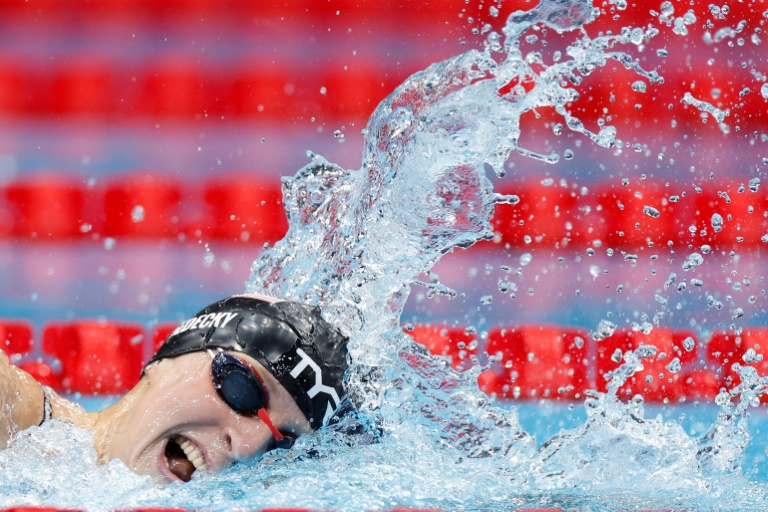 There were no doubts about Titmus's wins in the 200m and 400m this week as she usurped Ledecky as the best in the world over the shorter distances.

But the American outpaced Titmus in the 800m and stormed to victory in the 1500m, in which the Australian did not feature.

Ledecky said the rivalry drove her on.

"I'm really thrilled to have that kind of competition, it's something that fuels me and I know it fuels her," she said, relishing the prospect of further clashes in the future.

"I hope I can keep up and stay competitive moving forward.

"We'll follow our own paths (but) if we get put up side by side we're going to put up really great races and be fierce competitors when we dive into the water."

Ledecky now has 10 Olympic medals in total -- seven gold and three silver -- but is in no mood to reflect on her achievements after wrapping up her Tokyo campaign, which included silvers in the 400m freestyle and 4x200m freestyle.

"Once I eventually retire, I'll more fully appreciate it all," she said. "I've always been moving forward, driving forward and looking toward the next goal."

Those goals "definitely" include the 2024 Paris Olympics, she said, also admitting the 2028 Games in Los Angeles were "kind of appealing too".

Ledecky revealed she feared becoming a "one-hit wonder" after winning her first gold in London 2012 in the 800m freestyle.

She is now a seasoned veteran -- though she was quick to point out "I'm still young, 24 is not that old!" -- who enjoys mentoring the younger members of the US swim team.

"She's a perfect teammate," she said. "To be able to swim next to her in that (200m) final was incredible.

"I've watched her so many times in the Olympics before and I've looked up to her so much, she's such an awesome person."

Ledecky said she was taking nothing for granted as she eyes her fourth, and possibly fifth, Olympic Games.

"I never dreamed of making it to one Olympics when I started swimming at six years old -- I'm just trying to soak in the moments," she said.