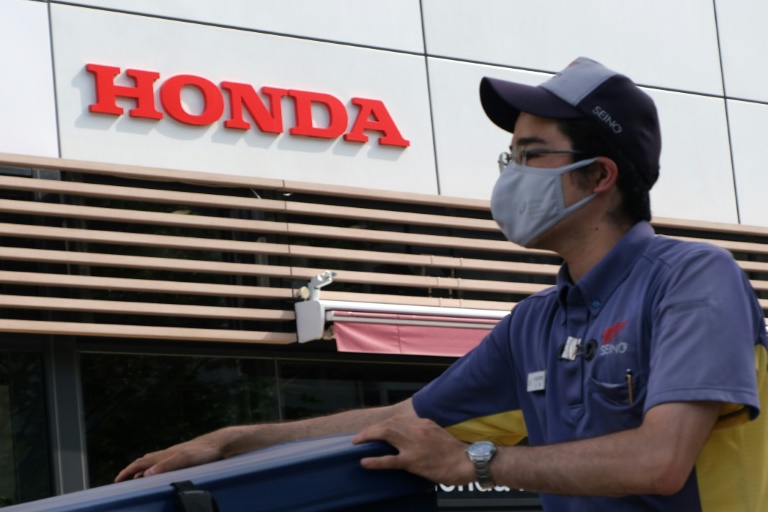 Honda forecasts a drop in net profit for the year ahead and a stagnation in its operating profit, citing a global chip shortage and the rising costs of materials. AFP/Kazuhiro Nogi

TOKYO - Honda said on Friday that its full-year net profit soared more than 40 percent thanks to cost-cutting efforts, shrugging off the negative impact of the pandemic.

But the company now forecasts a drop in net profit for the year ahead and a stagnation in its operating profit, citing a global chip shortage and the rising costs of materials.

The Japanese automaker posted net profit of 657.4 billion yen ($6-billion) for the year to March, up 44.3 percent, beating its own annual forecast of 465 billion yen.

Operating profit grew 4.2 percent to 660.2 billion yen "due primarily to control of selling, general and administrative expenses and cost reduction efforts," it said in a statement.

The company added there were "some unfavourable factors such as a decrease in demand due to the impact of the Covid-19 pandemic and the impact of semiconductor supply shortages."

It forecasts consolidated operating profit for the current fiscal year that started in March of 660 billion yen, with net profit at 590 billion yen.

The results come after the car giant said last month it would aim to have electric and fuel cell vehicles account for 100 percent of all sales by 2040 to promote climate goals.