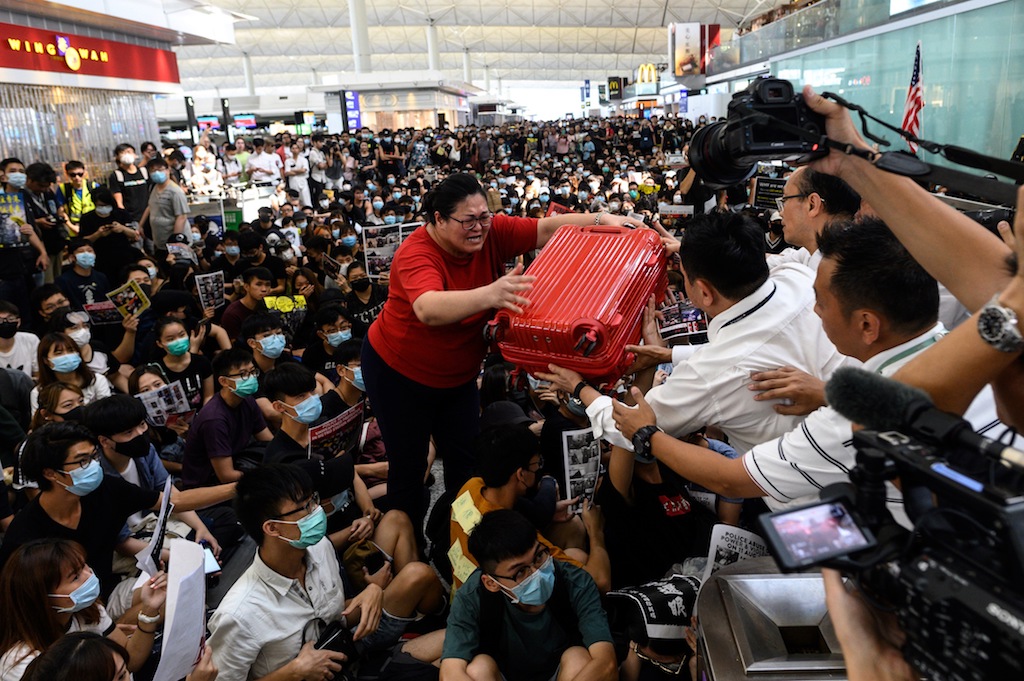 A tourist gives her luggage to security guards as she tries to enter the departures gate during another demonstration by pro-democracy protesters at Hong Kong's international airport.

HONG KONG - Hong Kong airport authorities on Tuesday suspended all check-ins, but reversed a previous statement saying that all departing flights had been cancelled as pro-democracy protesters blocked the facility.

"Terminal operations at Hong Kong International Airport have been seriously disrupted, and all check-in processes have now been suspended," a statement on the airport website said.

"All passengers are advised to leave the terminal buildings as soon as possible."

The statement walked back a previous announcement that said all departing flights had been cancelled.

The decision came after thousands of pro-democracy protesters flooded into the airport for the second consecutive day and blocked passengers from reaching entrances to the departure area in both terminals.

It came a day after authorities announced the unprecedented complete cancellation of all arriving and departing flights over a massive rally.