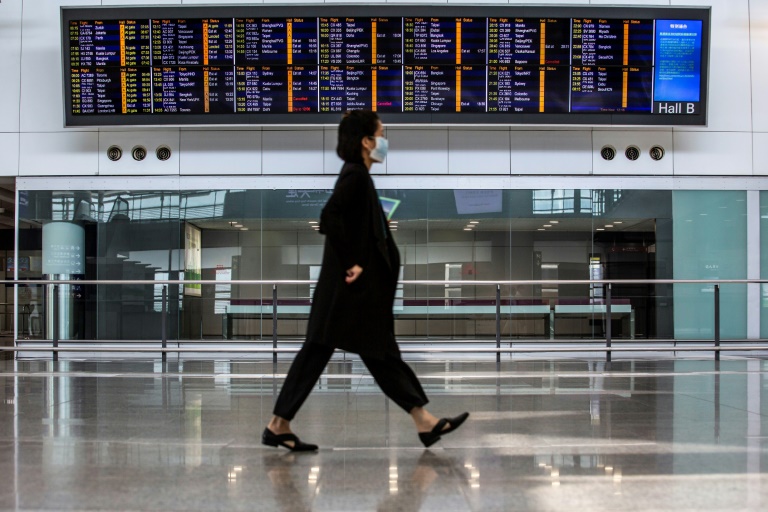 HONG KONG - Hong Kong will tighten coronavirus travel restrictions to bring it more into line with the Chinese mainland, its leader said Tuesday, as the city extended its streak of more than two months without a major local outbreak.

The announcement came despite concerns from the international hub's business community that the city remains indefinitely cut off from the rest of the world, with one of the strictest mandatory quarantine regimes of any jurisdiction.

Most arrivals have to undergo 14 to 21 days of hotel quarantine.

Chief Executive Carrie Lam said Hong Kong will now go even further as she tries to persuade China's leaders to restore travel with the mainland.

"Soon we will... announce that most of the quarantine exemptions granted to specific groups of visitors coming from overseas and mainland will be cancelled," Lam said, adding only essential workers such as cross-border truck drivers would be allowed to make quarantine-free trips.

At present, Hong Kong allows certain groups of people to skip quarantine or isolate at home. They include diplomats and business leaders as well as some mainlanders with Hong Kong resident cards.

Lam did not detail which categories would now be denied exemptions.

Last month, Hollywood star Nicole Kidman was allowed to skip quarantine to shoot a television show, a decision that sparked much public anger.

On Tuesday, she made clear Beijing expects the city to mimic its own strict restrictions.

"So if Hong Kong were to loosen border controls for people arriving from overseas or adopt with what other countries have done -- so-called to live with Covid-19 virus -- then the chances to travel with the mainland will be reduced."

Hong Kong's business community has looked on with growing exasperation as rival finance hubs such as Singapore, Tokyo, London and New York reopen.

On Monday, the top lobby group for financial firms warned that Lam's decision to pursue a zero-Covid strategy and keep the city cut off was hammering its long-term prospects as a business hub.

But there is little sign of change on the horizon.

China maintains strict curbs on overseas arrivals and has given no timetable for opening its borders.

Over the weekend, the Financial Times, citing a Chinese government source, said Beijing planned to keep its borders largely closed until after a major Communist Party gathering in November 2022.