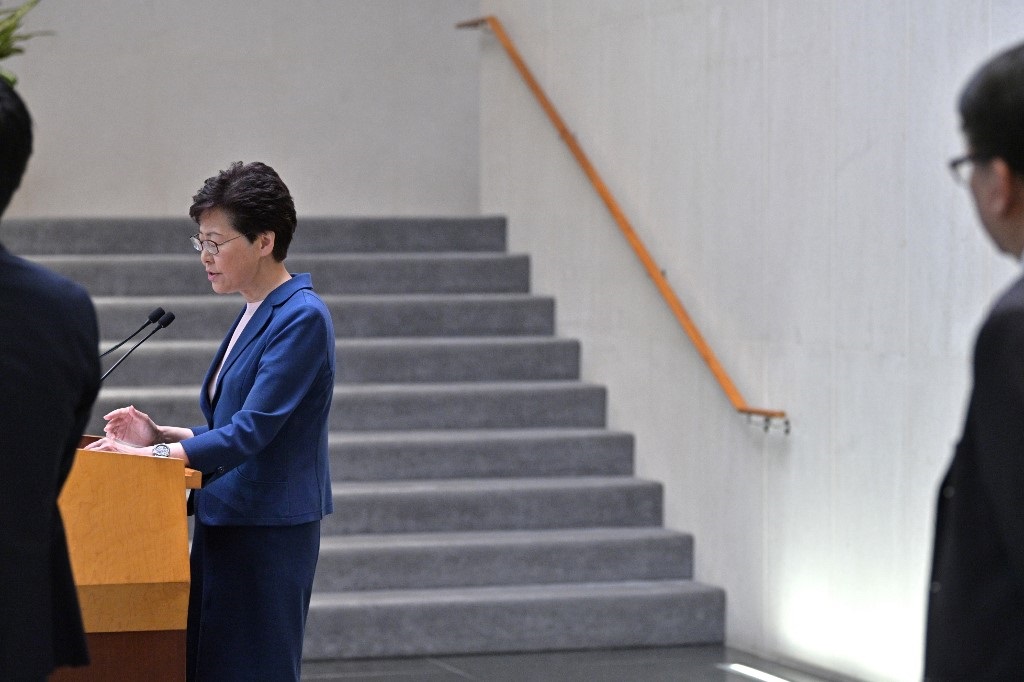 The finance hub has been plunged into its worst crisis in recent history following a month of huge marches as well as separate violent confrontations with police involving a minority of hardcore protesters.

READ: Why is Hong Kong's China extradition plan so controversial?

"There are still lingering doubts about the government's sincerity or worries (about) whether the government will restart the process with the Legislative Council," she said in a press conference.

"So I reiterate here, there is no such plan. The bill is dead."

The rallies were sparked by a now-suspended law that would have allowed extraditions to mainland China.

But they have since morphed into a wider movement calling for democratic reforms and a halt to sliding freedoms in the semi-autonomous territory.

Public anger has soared against the city's pro-Beijing leaders and its police force after officers used tear gas and rubber bullets to disperse protesters outside parliament last month.

Lam has made very few public appearances in recent weeks.

But on Tuesday she resurfaced to hold a press conference in which she made her most conciliatory comments to date.

She described her administration's attempt to introduce the extradition bill as "a complete failure", agreed to meet students in public without preconditions and said she recognised that the city was facing an unprecedented array of challenges.

"I come to the conclusion that there are some fundamental and deep-seated problems in Hong Kong society," she said.

"So the first thing we should do is identify those fundamental issues and hopefully to find some solutions to move forward."

But she shied away from other key protester demands, including calls for an independent judge to head up a commission of inquiry into police tactics, saying the city's current police complaints mechanism was conducting its own investigation.

Lam had previously suspended debate on the extradition bill and said her administration had no plans to reintroduce it into the city's Legislative Council (LegCo).

But protesters remain distrustful and have demanded she unequivocally withdraw the proposed law from the parliamentary agenda.

"To some extent, if it was withdrawn today, it could be brought back to LegCo three months later," she said.

"But maybe the residents want to hear a very resolute and decisive saying. So 'the bill is dead' is a relatively resolute saying," she added.