Hong Kong to shut all schools after virus cases spike 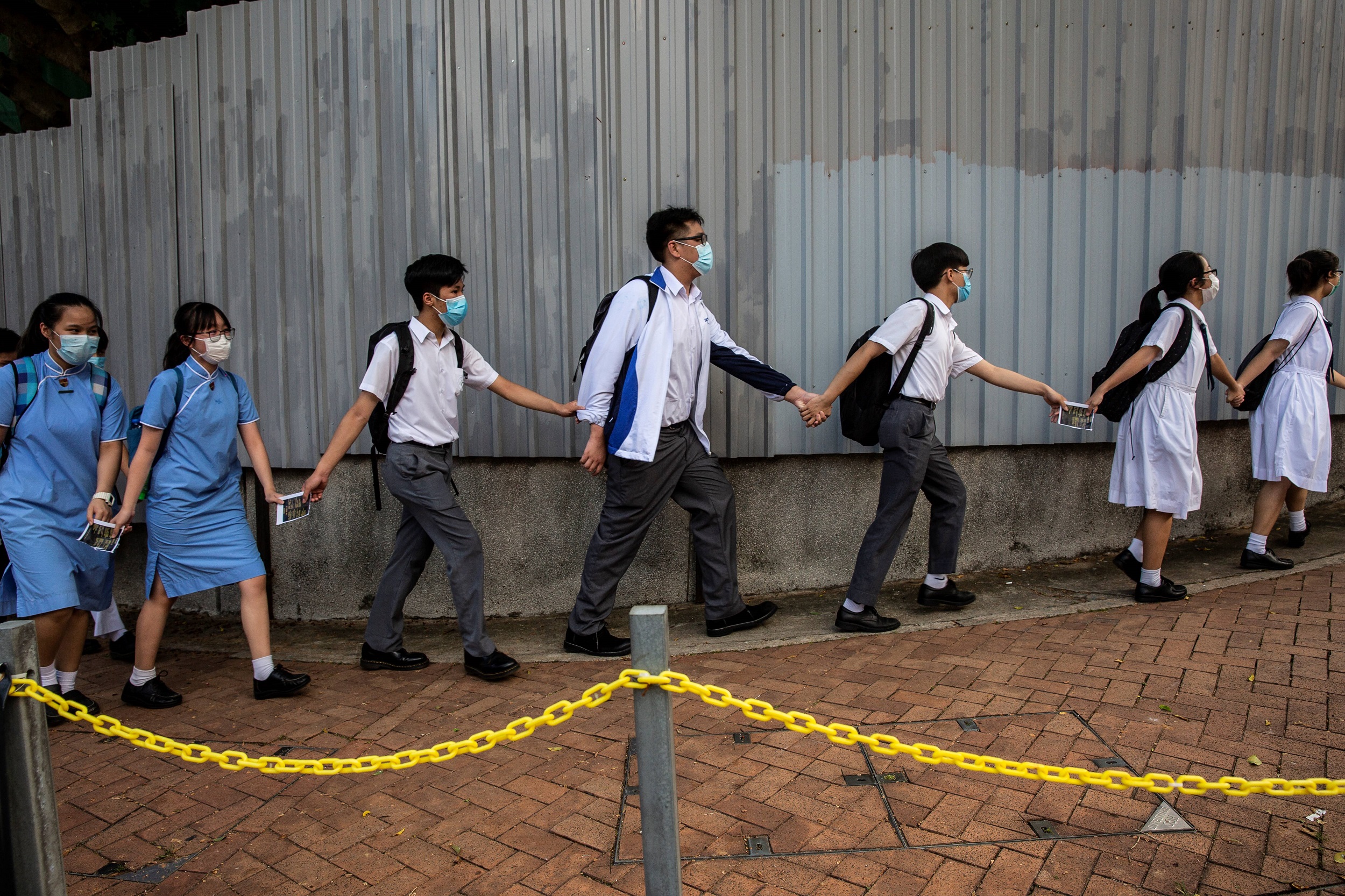 Studies suggest older children potentially play a more active role in the transmission of the new coronavirus than younger children, the WHO and UNICEF said.

The government has ordered all schools to close from Monday, bringing forward the start of the summer holidays, Kevin Yeung said, after the city recorded an "exponential growth" of locally transmitted cases in the past few days.

Authorities had taken the move "for the general good of the community as well as the health of the students," Yeung said.

Those scheduled to take exams could still do so, he added, although they would have to wear masks and maintain social distancing.

Hong Kong's public high schools were closed in January amid the early stages of the virus outbreak, and were gradually re-opened from May after the territory successfully curbed new infections.

But new clusters have emerged in the past two days, including at an elderly care home that reported at least 32 cases.

At least 12 new infections in the last five days have been classified as unknown in origin, meaning authorities are struggling to work out how the disease is spreading.

Authorities announced on Thursday a reintroduction of limits on how many people can gather in restaurants, bars and fitness centres.

A maximum of eight people can sit together at restaurants while bars, pubs and nightclubs are capped at four people per table.