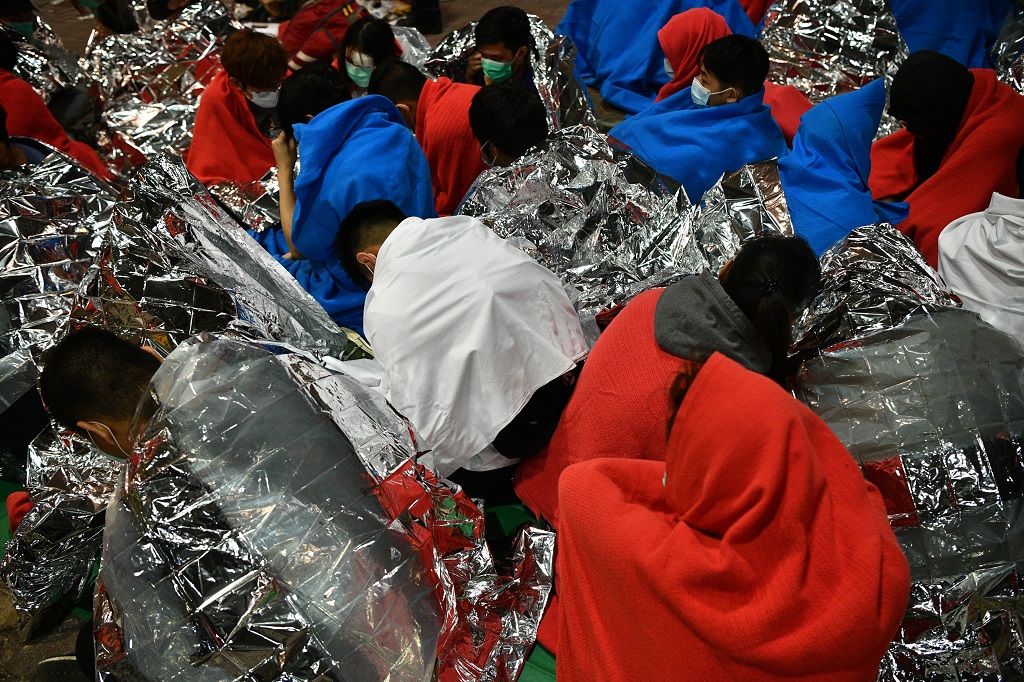 HONG KONG - Dozens of exhausted pro-democracy protesters barricaded inside a Hong Kong university defied warnings on Tuesday to surrender, as a police siege of the campus dragged into a third day and China sent fresh signals that its patience with nearly six months of unrest was running out.

High school students were among those holed up inside the battered Hong Kong Polytechnic University, fearing arrest or being shot at by police, with many huddled in silver emergency survival blankets to keep themselves warm.

Some protesters escaped overnight by slithering down ropes from a footbridge to a road below, where they were whisked away on motorbikes, while others disappeared into manholes.

In an apparently co-ordinated effort to distract police during the escape operation, tens of thousands of people streamed towards the PolyU campus as clashes simultaneously raged with police in nearby Kowloon district.

The stand-off is the most intense and prolonged of Hong Kong's pro-democracy crisis, which has seen millions take to the streets since June to voice anger at China eroding the territory's freedoms.

The move by hundreds of hardcore protesters to take over PolyU at the weekend was also a new tactic.

Previously they had focused on lightning strike protests and acts of vandalism.

The siege at PolyU had seen protesters repelling police surges with a barrage of Molotov cocktails, arrows and bricks. They also set fire to the university entrance on Monday.

After one officer near the campus was shot in the leg by an arrow, which had apparently been fired from one of the university archery kits being used by the protesters, police warned they were prepared to use live rounds.

Footage on Monday showed armoured police beating fallen protesters with batons as they lay on the ground.

One officer was filmed stamping on the head of a man who was already subdued.

Alleged police brutality is one of the central complaints of the protest movement, but senior officers say their officers are acting in accordance with the law.