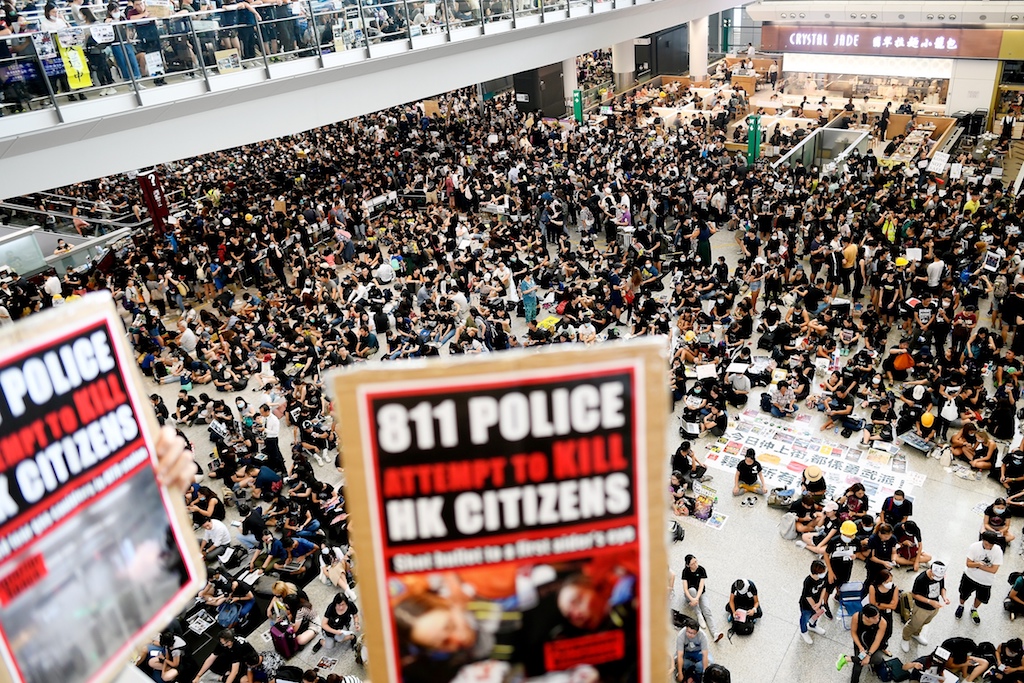 HONG KONG - All flights in and out of Hong Kong were cancelled on Monday after thousands of pro-democracy protesters flooded the city's airport to denounce police violence.

The abrupt shutdown at one of the world's busiest hubs came as the Chinese government signalled its rising anger at the protesters, denouncing some of the violent demonstrations as "terrorism".

The developments marked yet another dramatic escalation in a 10-week crisis that had already become the biggest challenge to Chinese rule of Hong Kong since the 1997 British handover.

Although other rallies had been held over the previous three days, the airport authority said Monday's one had caused significant chaos.

"Airport operations at Hong Kong International Airport have been seriously disrupted as a result of the public assembly at the airport today," it said in a statement.

"Other than the departure flights that have completed the check-in process and the arrival flights that are already heading to Hong Kong, all other flights have been cancelled for the rest of today."

It warned that traffic to the airport was "very congested" and the facility's car parks were completely full.

"Members of the public are advised not to come to the airport."

At the airport, protesters held signs reading "Hong Kong is not safe" and "Shame on police".

They were responding to allegations that police were using increasingly violent tactics to suppress protests.