How 2020 changed the world: tracking the COVID pandemic 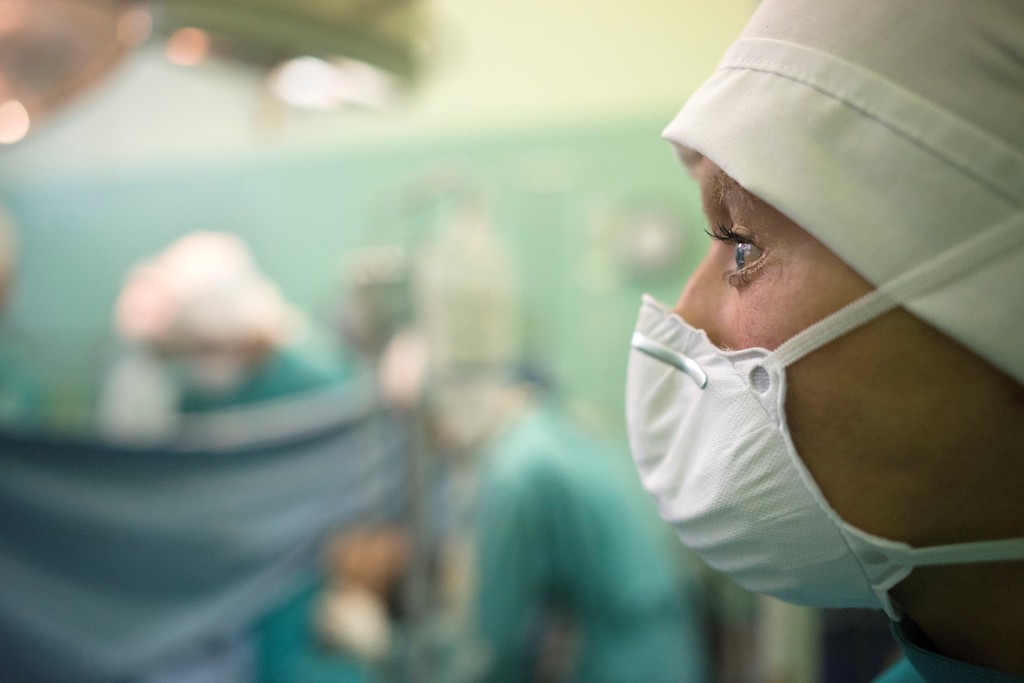 File: A health worker looks on as a patient gets treated for COVID-19. AFP/Rodger Bosch

PARIS - When the world celebrated the dawn of a new decade with a blaze of firework parties and revelry on January 1, few could have imagined what 2020 had in store.

In the last 12 months, the novel coronavirus has paralysed economies, devastated communities and confined nearly four billion people to their homes. It has been a year that changed the world like no other for at least a generation, possibly since World War II.

More than 1.6 million people died. At least 72 million people are known to have contracted the virus, though the actual number is likely much higher. Children became orphans, grandparents were lost and partners bereaved as loved ones died alone in hospital, bedside visits considered too dangerous to risk.

"This is a pandemic experience that's unique in the lifetime of every single person on Earth," says Sten Vermund, infectious disease epidemiologist and dean of Yale School of Public Health. "Hardly any of us haven't been touched by it."

COVID-19 is far from the deadliest pandemic in history. Bubonic plague in the 14th Century wiped out a quarter of the population. At least 50 million succumbed to Spanish Influenza in 1918-19. Thirty-three million people died of AIDS.

But contracting coronavirus is as simple as breathing in the wrong place at the wrong time.

"I went to the gate of hell and came back," said Wan Chunhui, a 44-year-old Chinese survivor who spent 17 days in hospital. "I saw with my own eyes that others failed to recover and died, which has had a big impact on me."

The scale of the global disaster was scarcely imaginable when on 31 December, Chinese authorities announced 27 cases of "viral pneumonia of unknown origin" that was baffling doctors in the city of Wuhan.

The next day, authorities quietly shut the Wuhan animal market initially linked to the outbreak. On 7 January, Chinese officials announced they had identified the new virus, calling it 2019-nCoV. On 11 January, China announced the first death in Wuhan. Within days, cases flared across Asia, in France and the United States.

By the end of the month, countries were airlifting foreigners out of China. Borders around the world started to close and more than 50 million people living in Wuhan's province of Hubei were in quarantine.

AFP images of a man lying dead on his back outside a Wuhan furniture shop, wearing a face mask and holding a plastic bag, came to encapsulate the fear pervading the city. AFP could not confirm the cause of his death at the time. Emblematic of the horror and claustrophobia also was the Diamond Princess cruise ship on which more than 700 people ultimately contracted the virus and 13 died.

COVID-19: How to reduce risk in the holiday season

As the horror went global, the race for a vaccine had already begun. A small German biotech company called BioNTech quietly put their cancer work aside and launched another project. Its name? "Speed of Light".

"It's worse than the war," said Orlando Gualdi, mayor of the Lombardy village of Vertova in March, where 36 people died in 25 days. "It's absurd to think that there could be such a pandemic in 2020."

First Italy, then Spain, France and Britain went into lockdown. WHO declared COVID-19 a pandemic. US borders, already closed to China, shut to much of Europe. For the first time in peacetime, the summer Olympics were delayed.

By mid-April, 3.9 billion people or half of humanity were living under some form of lockdown. From Paris to New York, from Delhi to Lagos, and from London to Buenos Aires, streets fell eerily silent, the all too frequent wail of ambulance sirens, a reminder that death loomed close.

Scientists had warned for decades of a global pandemic, but few listened. Some of the richest countries in the world, let alone the poorest floundered in the face of an invisible enemy. In a globalised economy, supply chains ground to a halt. Supermarket shelves were stripped bare by panic buyers.

"I graduated in 1994 and government hospitals were utterly neglected then," said Nilima Vaidya-Bhamare, a doctor in Mumbai, India, one of the worst-hit countries. "Why does it take a pandemic to wake people up?" she asked in May.

In New York, the city with more billionaires than any other, medics were photographed having to wear bin liners. A field hospital was erected in Central Park. Mass graves were dug on Hart Island.

"It is a scene out of a horror movie," said Virgilio Neto, mayor of Manaus in Brazil. "We are no longer in a state of emergency but rather of absolute calamity." Bodies were piling up in refrigerated trucks and bulldozers were digging mass graves.

READ: What we know about COVID-19 vaccines and side effects

Those who could, worked from home. Zoom calls replaced meetings, business travel and parties. Those whose jobs were not transferrable were often sacked or forced to risk their health and work regardless.

In May, the pandemic had wiped out 20 million American jobs. The pandemic and global recession could push to 150 million the number of people living in extreme poverty by 2021, the World Bank has warned.

Social inequities, which for years had been growing, were exposed like never before. Hugs, handshakes and kisses fell by the wayside. Human interaction took place behind plexiglass, face masks and hand sanitizer.

Instances of domestic violence soared, so did mental health problems. As city dwellers with means congratulated themselves on riding out the pandemic at palatial second homes in the countryside and governments floundered, tempers boiled among those trapped in cities and rage spilled onto the streets.

The United States, the world's biggest economy and a country without universal healthcare, rapidly became the single worst-hit nation. More than 300,000 people have died while President Donald Trump pooh-poohed the threat and touted questionable treatments such as hydroxychloroquine and floated the idea of injecting disinfectant.

By May, he launched Operation Warp Speed, with the US government spending $11 billion on developing a COVID-19 vaccine by the end of the year. Trump touted it as the biggest US endeavour since creating the atom bomb in World War II.

Not even the rich and powerful could buy immunity. In October, Trump contacted COVID-19 as had Brazilian leader Jair Bolsonaro in July. Trump's response to the pandemic likely helped cost him the election to Joe Biden. British Prime Minister Boris Johnson spent three days in the ICU with coronavirus in April.

As the year draws to a close, governments are on the cusp of innoculating millions, starting with the elderly, medics and the most vulnerable before moving into mass campaigns presented as the only ticket back to a normal life.

In December, Britain became the first Western country to approve a vaccine for general use and then roll out the innoculation developed in the BioNTech lab in cooperation with US pharmaceutical giant Pfizer. The United States quickly followed suit and regulatory approval is expected in Europe by the end of the month.

"If I can have it at 90 then you can have it too," said Margaret Keenan, the British grandmother who became the first person to receive the approved Pfizer/BioNTech vaccine.

As wealthy nations rush to buy up stocks, 2021 will likely see China and Russia vie for influence by expanding beyond their borders their own, cheaper vaccines.

The extent to which the COVID-19 pandemic will leave a lasting legacy is far from clear. Some experts warn it could yet take years to build up herd immunity through mass vaccination, especially in the face of entrenched anti-vax beliefs in some countries. Others predict lives could snap back to normal by the middle of next year.

Many expect a more flexible approach to working from home, increased reliance on technology and supply chains that become more local. Travel is likely to resume, but how quickly is uncertain. The disease can leave otherwise healthy young people debilitated for months.

If home-working for white-collar workers remains common place, what will happen to commercial real-estate in downtown cities? Could urban centres start to de-populate as people, no longer bound by the commute, move away in search of greener or quieter lifestyles?

There are also concerns about the impact on civil liberties. Think tank Freedom House says democracy and human rights have deteriorated in 80 countries as governments abuse power in their response to the virus.

Others predict that fear of large crowds could have profound consequences, at least for public transport, cultural, sporting and entertainment venues, and the cruise ship industry.

"I think there are going to be some profound shifts in our society," warned Yale School of Public Health's Vermund.

The world economy is also in for a rough ride. IMF has warned of a recession worse than that which followed the 2008 financial crisis. But for many, the pandemic is just a spot on the long-term horizon of a far deadlier, far more challenging and far more life-changing calamity.

"COVID-19 has been something of a big wave that's been hitting us, and behind that is the tsunami of climate change and global warming," says astrobiologist Lewis Dartnell whose 2014 book "The Knowledge" advises how the world can rebuild following a global catastrophe.