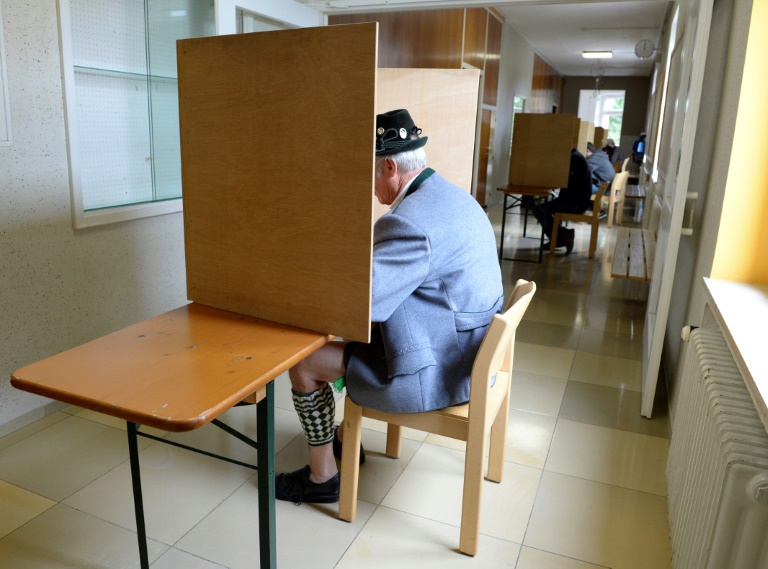 BERLIN - In many countries, a strong lead in the polls often results in a landslide -- but things are not so simple under Germany's complex election system.

In the end, frontrunner Olaf Scholz, the current vice-chancellor and finance minister, may be forced into torturous coalition haggling with any number of potential partners to succeed Angela Merkel at the chancellery.

The reason is post-war Germany's election system, which mixes the "winner-takes-all" approach of Britain and the United States with the proportional representation system that allows for more small parties.

- Most women, most parties -

A total of 60.4 million people over the age of 18 are eligible to vote for the next government of the European Union's most populous nation and its biggest economy. Women voters outnumber men at 31.2 million and 29.2 million, respectively.

About 2.8 million will be first-time voters on election day, September 26.

Voter participation four years ago stood at 76.2 percent, up nearly five points from 2013 and higher than in many other Western democracies.

This year, 33 percent of the candidates for the Bundestag, the lower house of parliament, which ultimately elects the chancellor, are female -- a post-war record.

A whopping 47 parties are fielding candidates -- another first.

When German voters enter the polling booth, they make two crosses on the ballot paper -- one for a direct representative in their local district, the other for their preferred political party. 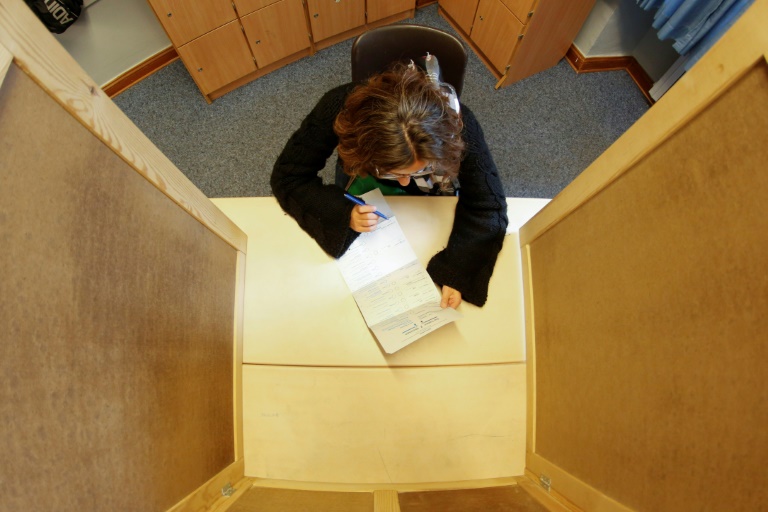 German voters make two crosses on the ballot paper -- one for a direct representative in their local district, the other for their preferred political party

The first vote is meant to ensure that each of Germany's 299 districts is represented in the Bundestag.

In the second -- and in many ways decisive -- vote, citizens choose a party.

Ahead of election day, the parties write up their "candidate lists" in each of the 16 states. The names at the top have the biggest chance of getting a seat.

The party with the most votes then gets to send the most lawmakers to the lower house.

For example, if a party scores three direct seats through the first vote but is eligible for 10 seats overall through the second vote, seven more names on the party's state are also given seats.

A complication arises when the direct and party votes are out of balance because voters "split" their ballot.

When a party earns more direct seats than it is entitled to through its share of the party vote, it is granted the extra seats anyway. These are called "overhang" seats.

As a result, the size of the Bundestag can expand far beyond its minimum size of 598 seats. After the 2017 election, the chamber had 709 lawmakers -- a figure which could even grow larger.

Parties which score below five percent of the second vote stay out of parliament altogether. This is meant to prevent excessive political fragmentation and stop potentially extremist parties.

The far-left Die Linke party is flirting with the five-percent bar in the polls and its success or failure could be a key factor in post-election coalition arithmetic.

Once polling booths close at 1600 GMT, the question will be whether any alliance of parties has an absolute majority to elect a chancellor -- half of all the lower house seats plus one.

Here is where things stood after the 2017 election: