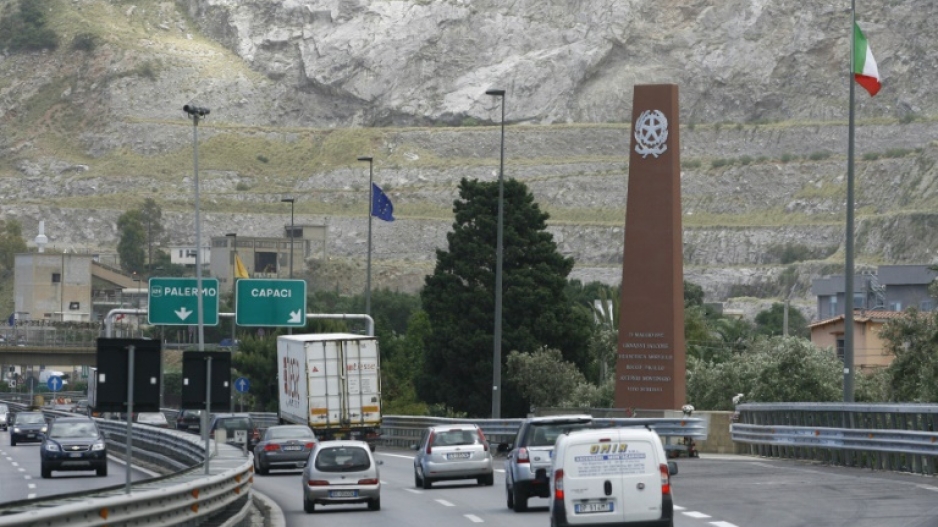 A tall red monument stands at the site of the car bomb attack which killed anti-mafia judge Giovanni Falcone in Palermo in May 1992. AFP/Marcello Paternostro

ROME - "It was war and we all felt called up. No-one could afford to look away any longer," says Marzia Sabella, remembering the assassination of anti-mafia judge Giovanni Falcone 30 years ago.

Falcone was killed with his wife and bodyguards in a car bombing in Sicily on May 23, 1992, in one of Italy's most infamous murders.

His death at the hands of Cosa Nostra and that two months later of fellow prosecuting magistrate Paolo Borsellino marked a sea change in the fight against organised crime.

It also inspired a new generation of anti-mafia crusaders who, decades on, risk their own lives daily to carry on Falcone and Borsellino's fight.

Sabella, then 27, was training to become a notary but after the massacre in Capaci, a small town in the province of Palermo, "I suddenly swerved off course towards Palermo's prosecutors' office", she told AFP.

"I have never regretted it," said Sabella, who would go on to be the sole female prosecutor in the investigative team which in 2006 captured mafioso Bernardo Provenzano -- nicknamed "The Tractor" for the way he mowed down enemies. 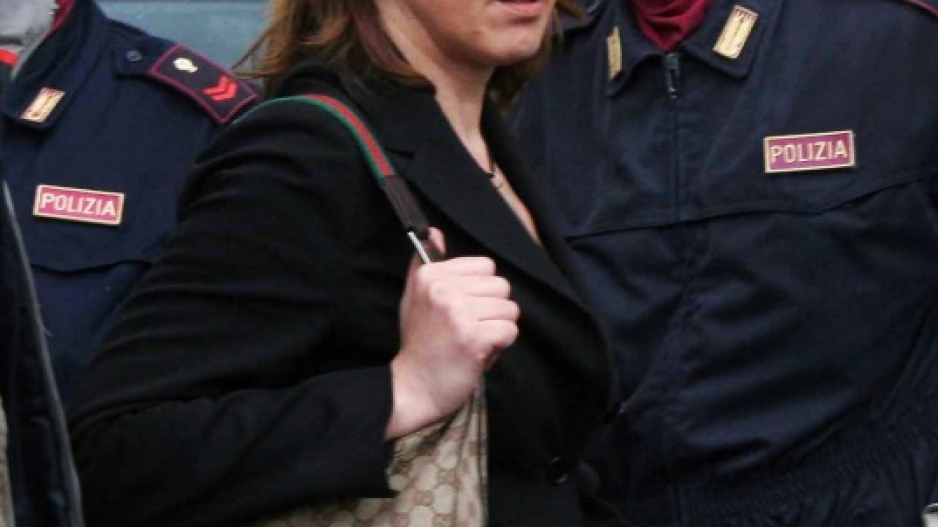 "It was war and we all felt called up. No-one could afford to look away any longer," says Marzia Sabella

The deaths of Falcone and Borsellino deaths stunned the country and resulted in tough new anti-mafia laws.

The judges were attributed with revolutionising the understanding of the mafia, working closely with the first informants and compiling evidence to prosecute hundreds of mobsters at the end of the 1980s in a groundbreaking Maxi Trial.

"Thanks to Falcone and Borsellino, the Sicilian Mafia became a notorious fact, not something that had to be proved to exist at every trial," Sabella said. 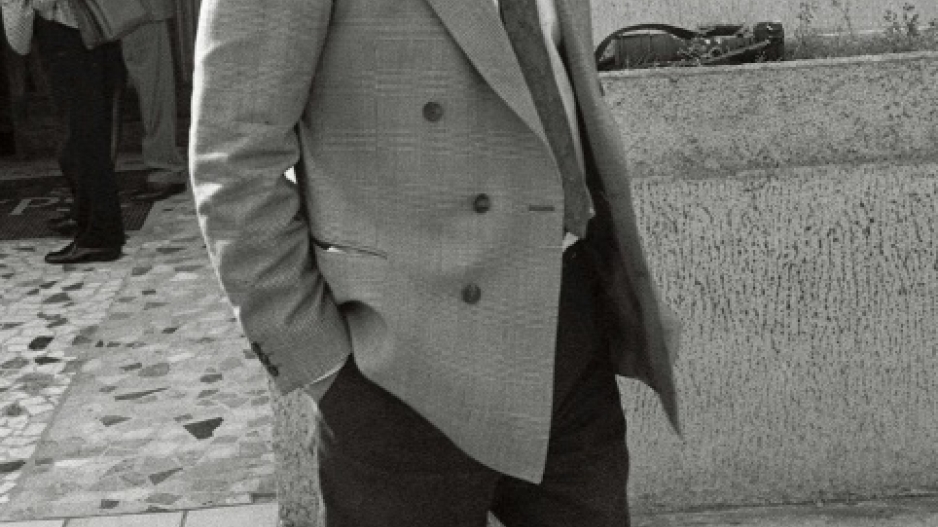 Judge Roberto Di Bella -- who obtained his first posting the day before Borsellino and his police escort were blown to pieces on July 19, 1992 -- said the murders "prompted nationwide protests... and a decisive cultural change".

Di Bella has spent much of his career trying to save at-risk children from being drawn into Italy's wealthy 'Ndrangheta crime group in Calabria, considered today to be much more powerful than its Sicilian rival.

The 58-year-old, now a judge at the juvenile court in Catania, was assigned an armed escort in 2016 after threats to his life, "which was very difficult, particularly at the start".

"It started at a low level, then bit by bit it increased to an armoured car, and now I have the police accompanying me everywhere I go," says Di Bella, whose magistrate wife "has had to get used to" a home life under armed guard.

It is a sacrifice many have to make. According to the most recent figures from the interior ministry, some 274 magistrates were under police protection in Italy in 2019.

"You no longer have a private life and your freedom is seriously compromised," Sabella said.

"But you get used to it and, after a while, the escort becomes part of your family." 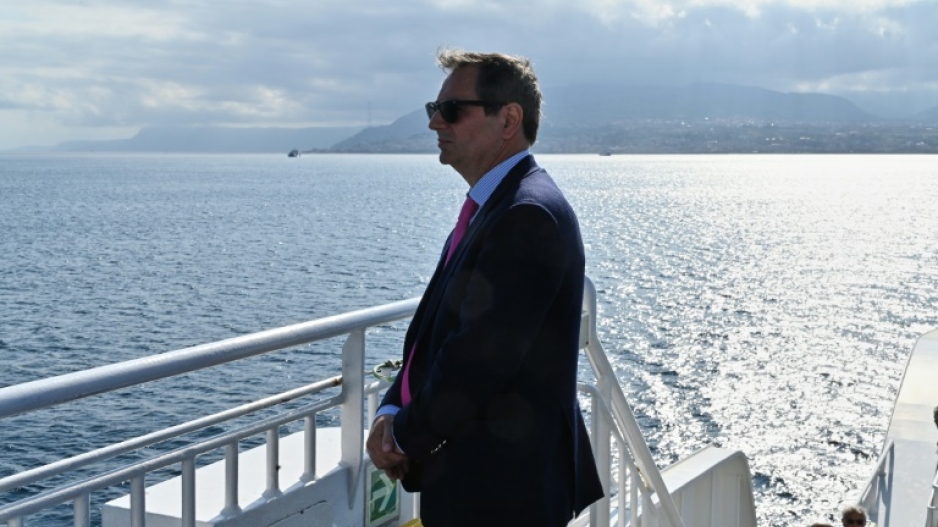 Falcone is today a national hero, but in life was accused of attention-seeking and criticised by politicians and fellow magistrates, who both consistently underestimated the power of the mafia.

"Falcone knew he wasn't understood. Even the failed Adduara attack on him was believed to have been staged, including by those in his circle," Sabella said about a thwarted 1989 assassination attempt on Palermo's coast.

The mob felt able to target Falcone because he was perceived to be isolated after being snubbed for the post of chief magistrate in Palermo in 1988, according to judges, who warn of repeating the same mistakes today.

Those concerns prompted a backlash this month over the failure to name Nicola Gratteri, Italy's foremost 'Ndrangheta combatant, as national chief anti-mafia prosecutor.

Choosing someone else "would come across as a dangerous institutional distancing from such an exposed magistrate in the eyes of the mafia", judge Nino Di Matteo argued before the vote.

It risked creating "the conditions for isolation, the most fertile ground for murders and massacres", he warned.

Giovanni Melillo, an institutional favourite from Foggia, home to Italy's fourth-largest mafia, was picked instead.

- Bodies in the streets -

Security services have reportedly just stumbled across fresh plans to assassinate Gratteri, who has been under police guard for 30 years.

Amid fears that not enough is being done, a trade union called last week for a "civilian escort" to help protect and support him. 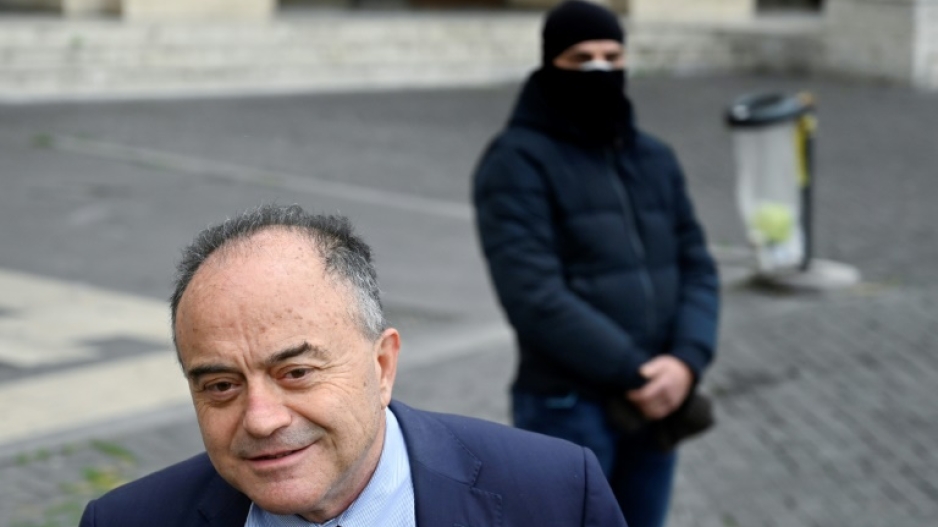 Falcone's murder was just one of a string of deadly attacks which abruptly stopped in 1993.

Since then, the Cosa Nostra has been hit repeatedly by mass arrests -- but though it has lost much of its power, it is far from vanquished.

And while investigators concentrated on Sicily, other underworld groups flourished.

Sabella compared the mafia to coronavirus: "If you drop your guard it spreads like before or worse than before.

"If we dropped our guard even for just one month, we'd have to start all over again, collecting the dead from the streets."