How the US debt limit became 'a hostage that's worth ransoming' 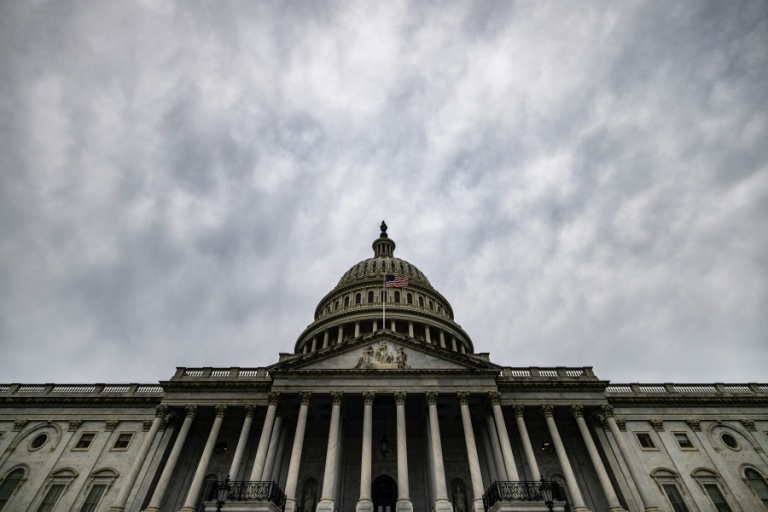 Fights over the country's debt limit have become common in the US Congress. AFP/Samuel Corum

WASHINGTON - A decade ago, a standoff between Democrats and Republicans over increasing the United States' authority to borrow brought the country days away from a default and caused a major ratings agency to downgrade its credit for the first time.

In the aftermath, top Senate Republican Mitch McConnell described the debt limit to The Washington Post as "a hostage that's worth ransoming," and a decade later, it's in captivity once again.

The ceiling on how much debt the United States can take on is the subject of fierce negotiations in Washington between Democrats who control Congress but can't rally enough votes to increase it unilaterally, and Republicans who refuse to vote for any increase at all.

The dispute has unusually high stakes because absent an increase, the United States could default on its bills in October, likely devastating its economy and undercutting a pillar of the international financial system.

Lawmakers have bargained over increasing the debt limit for decades.

But the willingness to push the world's largest economy to the brink dates back to 2011, when ascendant Republicans were committed to reining in spending by Democrats, and used the limit to achieve that.

"Most of the (Republican) leadership sees the 2011 debt limit standoff as ultimately a success in that they were able to force (then-president Barack Obama) to sign what was the biggest spending cut bill in decades without actually having any default," said Brian Riedl, who was then chief economist to Republican Senator Rob Portman.

The deal they cut was meant to lower the government's spending over the course of years.

It did not stick: the US national debt and budget deficit have soared in the years since due to spending by both Republican and Democratic presidents. 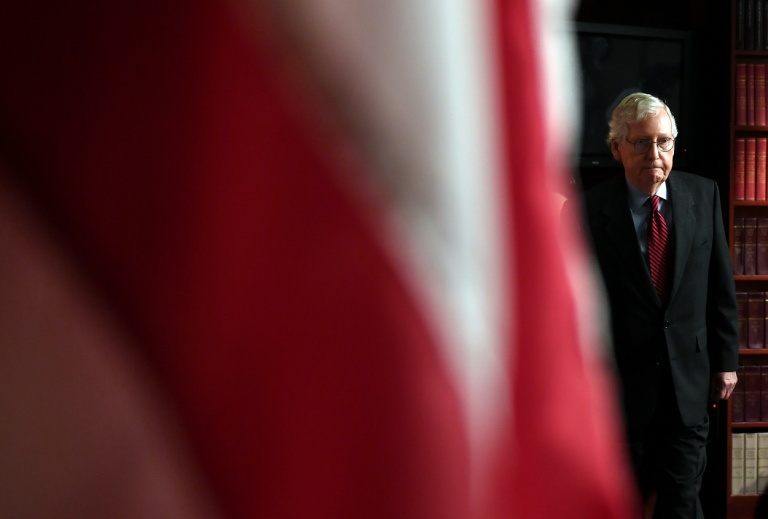 Mitch McConnell leads the Republican minority in the US Senate, as he did at the time of the 2011 debt ceiling standoff. AFP/Olivier Douliery

Others involved in the 2011 standoff warn that even without a default, the brinksmanship has its own consequences.

"The ways that it could be affecting our country and its economic strength are difficult to measure, but it's likely they're occurring under the surface, that our credibility is being eroded," said Shai Akabas, Director of Economic Policy at the Bipartisan Policy Center, who a decade ago worked with now-Federal Reserve Chair Jerome Powell in analyzing a default's effects.

Few countries must borrow as much as the United States while simultaneously having to negotiate periodic increases in how much debt it can take on.

Not only does Congress now have to approve a borrowing limit increase to avoid a default, they also need agree to fund the government to forestall a shutdown by the end of September -- all while negotiating over two massive spending bills Democratic President Joe Biden wants enacted.

As in the standoff a decade ago, Senate Republicans are being led by McConnell. Today, he insists that raising the debt limit is the responsibility of the Democrats in power, and his party won't help them do it.

In 2011, the two parties negotiated a deal that was meant to make deep cuts into the budget deficit over the following years, but was ultimately unsuccessful.

Obama's Republican successor Donald Trump signed tax-cutting legislation that piled on to the deficit, then two massive pandemic spending measures that sent it soaring to a record in 2020 even as they likely kept the economy from a worse downturn.

Biden signed a third pandemic spending bill, and his two measures under consideration could up the deficit further.

The most unwelcome consequence of the 2011 debt ceiling standoff came shortly after its resolution, when S&P Global Ratings downgraded the country's credit to a notch below its top rating, through Moody's Investor Services and Fitch Ratings, the two other major bureaus, kept it unchanged.

"I thought it was silly," since the country never defaulted, said Warren Payne, who at the time of the downgrade was chief economist for the Republican-led House Ways and Means Committee.

"There was no intention of allowing a default in 2011. And I think if you look at the public statements of members right now, there's no intention to allow a default now," he said.

But how one will be avoided remains unclear.

Marc Goldwein, who assisted congressional bodies tasked with addressing spending around the time of the 2011 standoff as part of the Committee for a Responsible Federal Budget, said Republicans haven't indicated they yet want to cut a deal, even as the deadline draws near.

"We shouldn't flirt with debt limits, that's definitely true, and even getting close to it has costs, but we haven't seen big costs," he said.