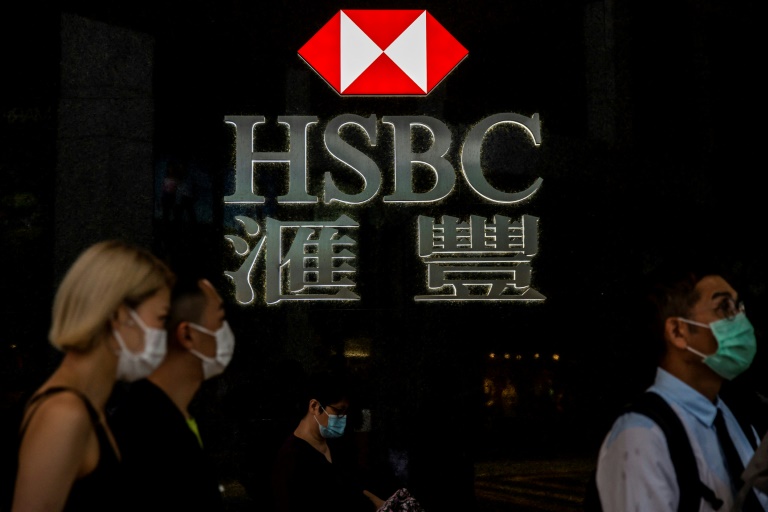 HSBC plans to put a new focus on Asia as part of a strategic overhaul. AFP/Isaac Lawrence

HONG KONG - HSBC vowed to accelerate its Asia pivot despite spiralling tensions between China and the West after it reported a 30 percent plunge in profits for 2020 due to the coronavirus pandemic.

Reported profit after tax came in at $6.1-billion, which the bank blamed primarily on higher-than-expected credit losses and other bad debt charges.

The results came as HSBC published a new strategy laying out plans to redouble its attempt to seize more of the Asian market -- the region of the world where Europe's largest lender makes the vast majority of its profits.

The strategy will see the London-headquartered bank plough some $6-billion into shoring up operations across Asia, with a particular focus on targeting wealth management in the increasingly affluent region.

The bank made specific mention of markets in Southeast Asia such as Singapore, as well as China and Hong Kong, and also the Middle East.

After "the economic impact of COVID-19 hit" profits, HSBC will invest in "markets that set us apart, whilst also moving the heart of the business to Asia, including leadership", chief executive Noel Quinn said in webcast.

The global economic slowdown caused by the virus has hit financial giants hard but HSBC has a further headache -- its politically precarious position as a major business conduit between China and the West.

HSBC makes 90 percent of its profit in Asia, with China and Hong Kong the major drivers of growth.

As a result, it has found itself more vulnerable than most to the increasingly frayed relationship between China and western powers -- especially after Beijing imposed a draconian security law on Hong Kong last year and cracked down on democracy supporters.

HSBC endorsed the security law, a move that led to criticism from lawmakers in Britain and the United States.

It has frozen the bank accounts of some Hong Kong democracy activists with Quinn summoned to testify before British lawmakers earlier this month.