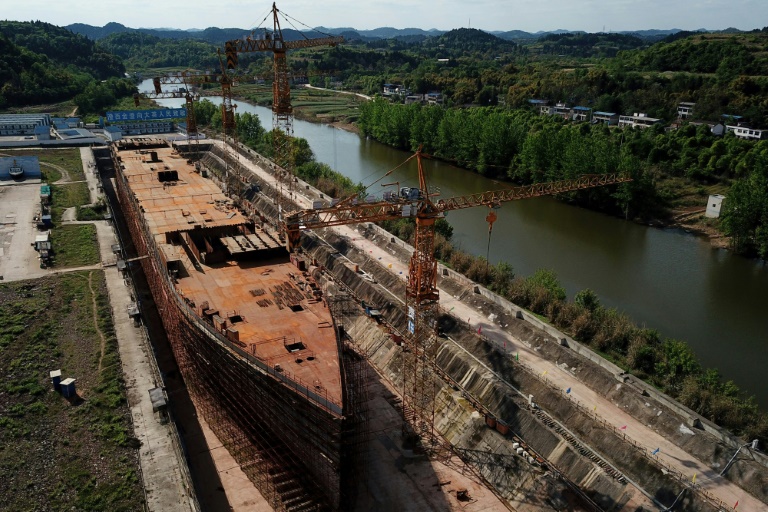 SUINING - The Titanic is being brought back from the deep, more than a century after its ill-fated maiden voyage, at a landlocked Chinese theme park where tourists can soon splash out for a night on a fullscale replica.

The project's main backer was inspired to recreate the world's most infamous cruise liner by the 1997 box office hit of the same name -- once the world's top-grossing film and wildly popular in China.

The original luxury vessel, the largest of its time and branded "unsinkable" by its owners, has become a byword for hubris ever since it plunged into the depths of the Atlantic in 1912 after striking an iceberg, leaving more than 1,500 people dead.

Investor Su Shaojun says he was motivated to finance the audacious, 260-metre-long duplicate to keep memories of the Titanic alive.

"We are building a museum for the Titanic."

It has taken six years -- longer than the construction of the original Titanic -- plus 23,000 tons of steel, more than a hundred workers and a hefty one billion yuan ($153.5-million) price tag. 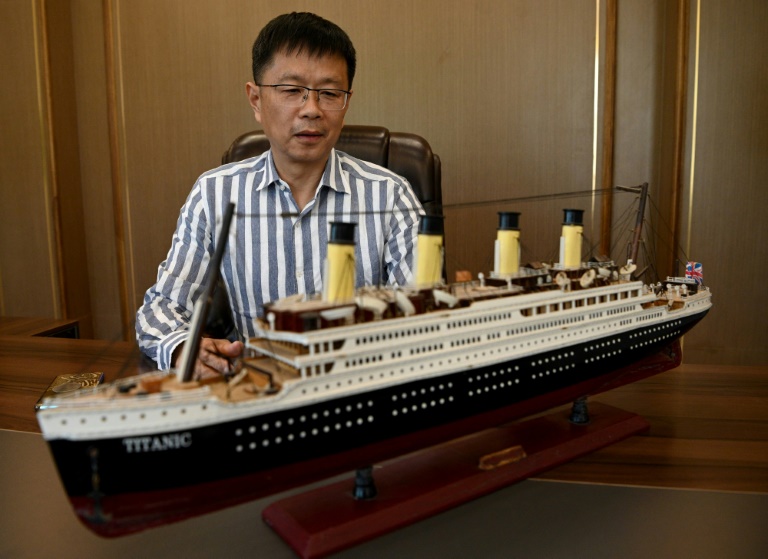 Everything from the dining room to the luxury cabins and even the door handles are styled on the original Titanic.

It forms the centrepiece of a Sichuan province theme park more than 1,000 kilometres from the sea.

The site features a replica of Southampton Port seen in James Cameron's 1997 disaster epic, where Leonardo DiCaprio's fictional character Jack swings on board after winning his ticket in a bet.

Tour buses play the film's theme tune, Celine Dion's "My Heart Will Go On", on repeat.

It costs up to 2,000 yuan (around $150) to spend one night on the ship for the "five-star cruise service", Su says, adding that with a functioning steam engine guests will feel that they are really at sea.

He was so excited by the challenge that he sold his energy industry assets, including a stake in several hydropower projects, to invest in the Titanic.