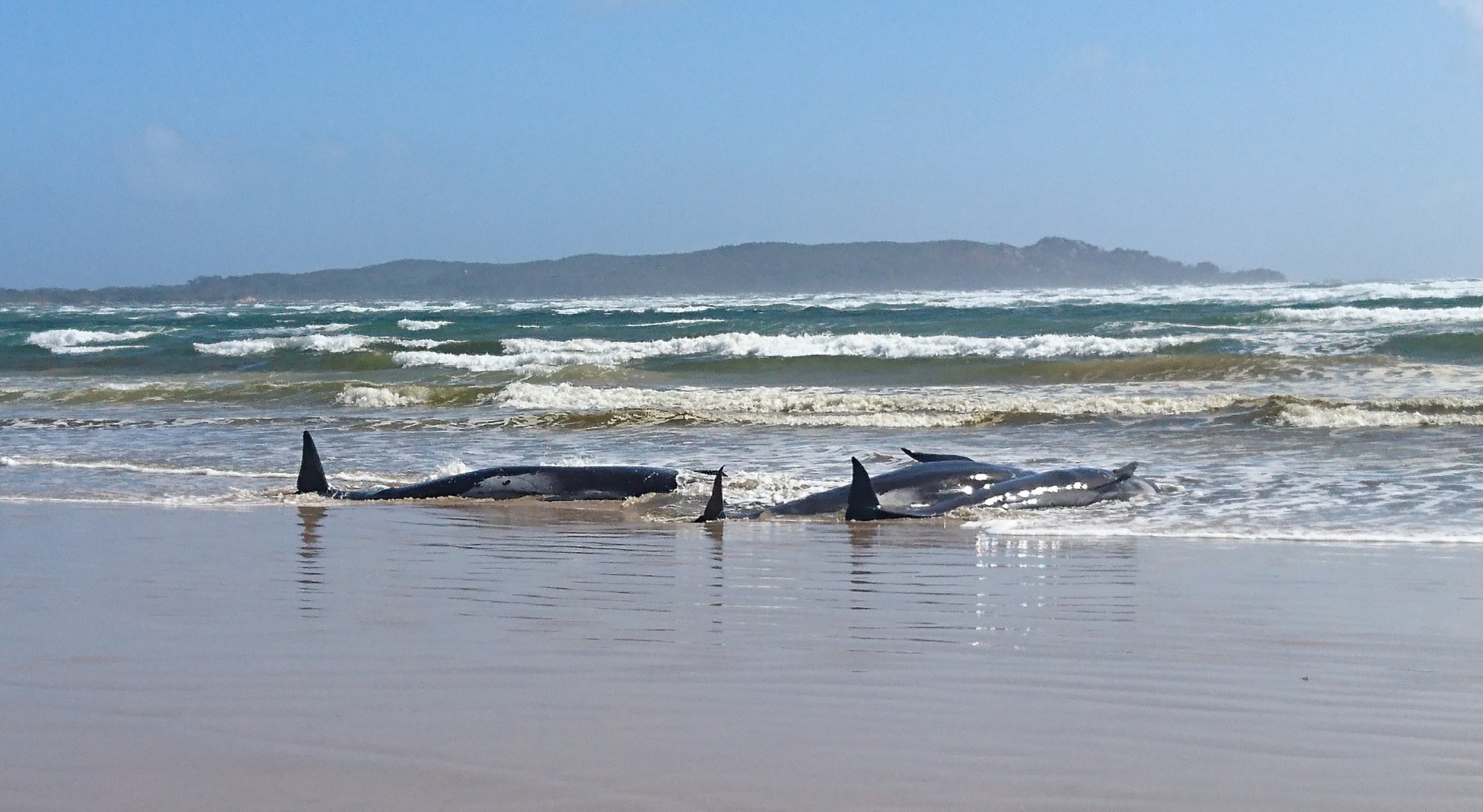 Tasmania's environment department said the whales had become stuck on a sandbar in Macquarie Harbour, on the island's rugged and sparsely populated west coast.

SYDNEY - At least 25 whales have died and scientists are trying to rescue 250 more that are stranded in a remote bay on the Australian island of Tasmania, officials said on Monday.

Tasmania's environment department said the whales had become stuck on a sandbar in Macquarie Harbour, on the island's rugged and sparsely populated west coast.

Nic Deka, who is managing the incident response, said two large pods were stranded on sandbars a few hundred metres apart inside the harbour.

"They are in water but it's very difficult to see how many of those whales are deceased or what condition they're in," he told reporters in the nearby town of Strahan.

They are believed to be pilot whales but the environment department is yet to confirm the species.

Police are on site and marine experts are assessing the situation ahead of plans to launch a rescue mission early Tuesday morning.

"In terms of the tides, when we start making an effort tomorrow it will be with an outgoing tide, so that'll be in our favour, but obviously tides go up and come down so we'll be aiming to make the most of the windows that we have," Deka said.

The latest stranding comes as a humpback whale that was stuck in a tropical river in Australia's north finally returned to the ocean after more than two weeks.