Hunt still on for escapee crocodiles 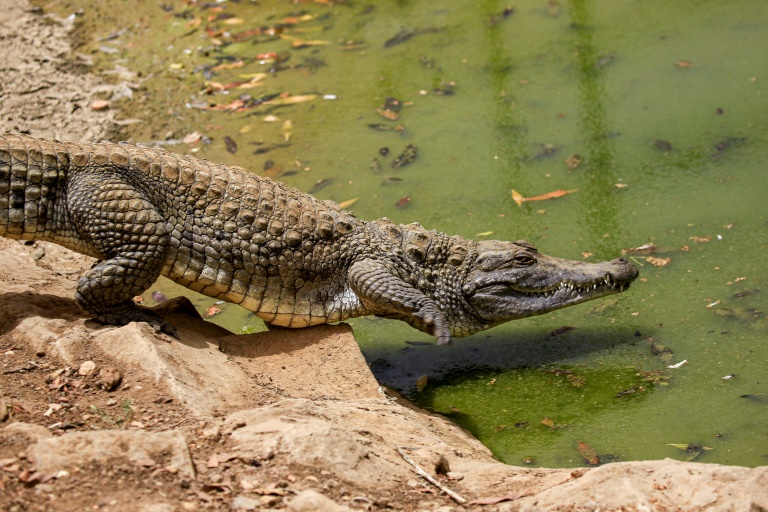 CAPE TWON - Police and conservationists on Friday were still looking for an 'unknown' number of young crocodiles that escaped early this week from a breeding farm in Cape Winelands, a district 150 kilometres east of Cape Town.

Authorities have conceded they do not know how many reptiles are on the loose.

But CapeNature's spokeswoman, Petro van Rhyn, told AFP that the vast commercial breeding farm kept more than 5,000 crocodiles in different camps and "much much less" had escaped.

"There was no tracking system and it was hard to tell."

READ: Crocs still at large after escape from Cape farm

Most of the escaped crocodiles, which are bred for their skin, are suspected to have sneaked into the nearby Breede River and the overgrown vegetation around its banks had hindered the search efforts.

According to CapeNature, trap cages with bait had been set up but were less effective since the crocs "had access to an abundance of food in the river."

"Being nocturnal animals the best time to search for them is at night, which brings its own challenges in terms of visibility," CapeNature said in a statement.

The rescuers said time was of the essence and they were left with no choice but to kill the crocodiles when they were spotted.

They were "very humanly euthanized" and removed from the river, van Rhyn told AFP.

"It is such a catch 22 situation, we can't just leave them there," she said.

Police, local nature authorities, landowners and the farmer are now expanding the search area as far as 5km upstream and a similar distance downstream.

Locals have been urged not to approach any crocodile but immediately report any sighting.