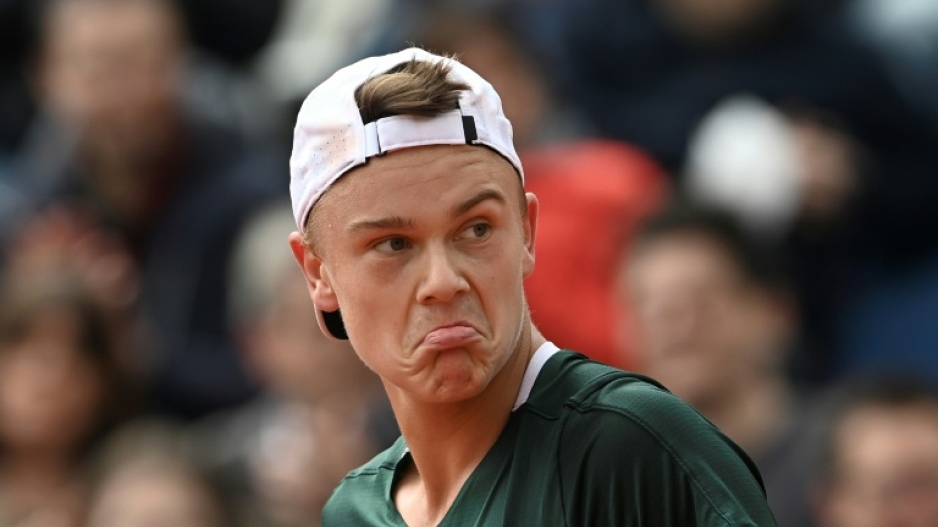 PARIS - Carlos Alcaraz may be the teenager being widely tipped to break the Grand Slam stranglehold of Novak Djokovic and Rafael Nadal but fellow 19-year-old Holger Rune is determined not to be overshadowed.

On Tuesday, the Dane, just a week older than the highly-rated Alcaraz, won the first Grand Slam match of his career, seeing off 14th seed Denis Shapovalov in straight sets at the French Open.

"I think it's nice. This is what you work for every day to be able to play the biggest tournaments," said Rune after his 6-3, 6-1, 7-6 (7/4) victory against the Wimbledon semi-finalist.

His victory was achieved out on Court 12 at Roland Garros in a stark contrast to his Slam main draw debut at the US Open last summer where he took Djokovic to four sets on the cavernous 25,000-capacity Arthur Ashe Stadium.

"It was nicer than to play Novak, for sure. I mean, obviously last year was a huge experience for me, so I wouldn't have replaced that match for any other at that time," he said.

"But it's nice not to play the best guys in the first round. I would rather wait a little bit."

He has already captured a maiden title in Munich this clay-court season and then made the semi-finals in Lyon on the eve of Roland Garros.

In Munich, his winner's cheque of 81,000 euros was accompanied by the keys to a brand new top of the range BMW.

Only problem, however, is that Rune doesn't yet drive.

"I don't have a driver's licence yet," he said. It's tough. Really, my mom and me, we didn't have the time to get the car yet.

"But, you know, when we have some time off, we are definitely going to do the driver's licence and take the car."