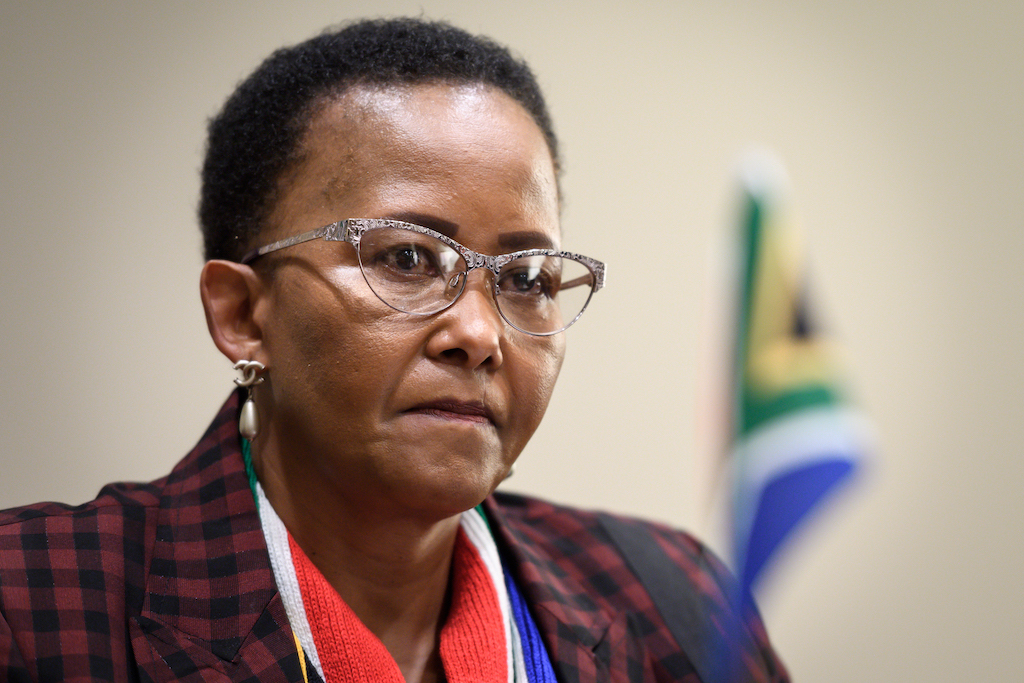 LAUSANNE - South Africa's sports minister accused the IAAF on Thursday of seeking to violate women's bodies as she visited Switzerland to back Caster Semenya's fight against proposals to restrict female athletes' testosterone levels.

Semenya, a double Olympic 800 metres champion, has appealed to the Court of Arbitration for Sport in Lausanne to challenge the rules proposed by the International Association of Athletics Federations (IAAF).

Sports Minister Tokozile Xasa said her trip to the Alpine nation was aimed at offering support to her compatriot Semenya as the week-long hearing draws to a close.

But she also doubled-down on criticism of the IAAF, which has argued the proposed rules are necessary to create a "level playing field" for other female athletes.

"We are talking (about) violations of women's bodies. Where women have to explain themselves for how they appear in the eyes of (others)," Xasa said.

"It is not just about South Africa...(or) the participation of women in sport," she added, stressing that fundamental human rights issues were at stake in the hearing.

READ: Sports minister off to Switzerland to back Semenya

The controversial measures would force so-called "hyperandrogenic" athletes or those with "differences of sexual development" (DSD) to seek treatment to lower their testosterone levels below a prescribed amount if they wish to continue competing as women.

Xasa said she had been asked to carry a message to Semenya from South African President Cyril Ramaphosa.

"Remember, you are great. Remember, that you are a symbol that constantly reminds us that nothing beats the enduring power of human spirit," Xasa quoted the president as saying.

"We want to make sure that you don't feel alone," she added.

Semenya stood at the back of the room as the minister spoke and did not address the media.

Many South Africans have thrown their weight behind Semenya in the media and online.

Last week the government launched a campaign dubbed #NaturallySuperior in a bid to drum up international support for Semenya's fight against the rules which they have labelled "discriminatory".

Xasa was wearing a t-shirt that said "we oppose IAAF regulations" and voiced hope the message would help drive the global campaign.

The track and field body has said that DSD athletes that have male levels of testosterone can have clear advantages in bone and muscle size and strength and would therefore have an unfair edge over their competitors.

Semenya is not the only athlete potentially affected by the new rules -- the two athletes who finished behind her in the Rio Olympics 800m, Francine Niyonsaba of Burundi and Kenya's Margaret Wambui, have also faced questions about their testosterone levels.

A judgement in the case is expected by the end of March.