ICC prosecutor leaves US out of Afghan probe 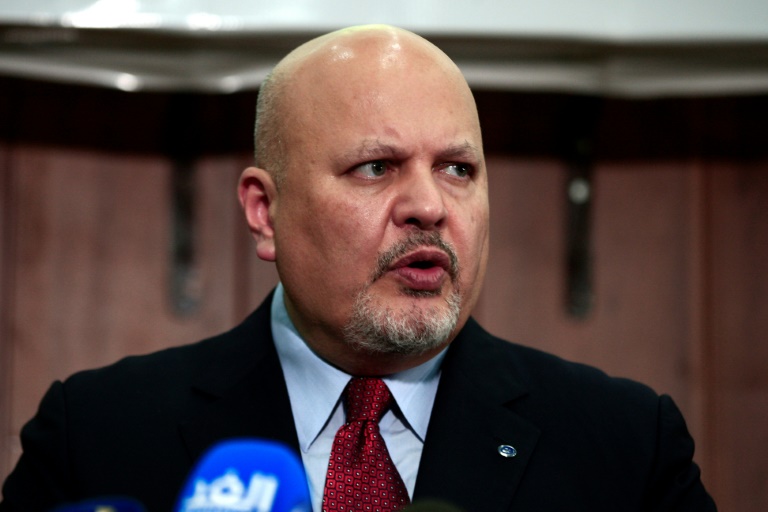 Prosecutor of the International Criminal Court Karim Khan, seen on an August 2021 visit to Sudan, has de-emphasized probing US forces in an investigation into abuses in Afghanistan

THE HAGUE - The International Criminal Court's new prosecutor said Monday he would focus on the Taliban and Islamic State-Khorasan's actions in Afghanistan instead of alleged US crimes.

Karim Khan asked judges to relaunch the court's probe into Afghanistan, which was paused last year at Kabul's request, saying the Taliban's takeover meant war crimes would no longer be investigated properly.

But rights defenders reacted with fury after Khan, who took office in June with a vow to reform the ICC, announced that he would "deprioritise" the investigation into American forces and concentrate on Islamist groups.

The Hague-based ICC's Afghan probe has long enraged Washington and prompted the US administration of president Donald Trump to impose sanctions on Khan's predecessor Fatou Bensouda.

Khan said that "current de facto control of the territory of Afghanistan by the Taliban... represents a fundamental change in circumstances necessitating the present application" to reopen the investigation.

The now-deposed government in Kabul had asked the ICC in early 2020 to pause its inquiry while it probed war crimes domestically. The court can step in where member states are unable or willing to prosecute.

The ICC's limited resources and the need to focus on cases most likely to result in convictions meant he would now narrow his focus in Afghanistan, Khan added.

"I have therefore decided to focus my office's investigations in Afghanistan on crimes allegedly committed by the Taliban and the Islamic State-Khorasan Province ("IS-K") and to deprioritise other aspects of this investigation," he said.

This was because of the "gravity, scale and continuing nature of alleged crimes by the Taliban and the Islamic State", Khan said.

The ICC launched a preliminary probe there in 2006, with a mandate to investigate crimes dating back to when Afghanistan joined the court three years earlier.

Bensouda sought permission for a formal investigation in 2017, saying there was "reasonable basis to believe" war crimes had been committed by both the Taliban, and by US forces in Afghanistan and the CIA in secret detention centres abroad.

President Joe Biden, while continuing Trump's opposition to ICC probes both of US forces as of Israel, has sought a more cooperative approach with the court and lifted sanctions on Bensouda. Biden withdrew troops from Afghanistan at the end of August.

Asked about Khan's decision, State Department deputy spokeswoman Jalina Porter did not comment directly on sparing US forces but said: "We are deeply concerned about the current human rights situation in Afghanistan, and that also includes allegations of atrocities, and certainly welcome efforts to ensure accountability."

While Khan said the ICC would "remain alive to its evidence preservation responsibilities, to the extent they arise" on US crimes, the focus would now be on Afghanistan's new rulers and their IS-K rivals.

The prosecutor added that the Taliban's takeover itself "may constitute an unconstitutional transition of power" and added that "there is a reasonable basis to believe that persons affiliated with the Taliban committed crimes against humanity."

Reports of the Taliban's release of "thousands of prisoners allegedly linked to Al-Qaeda and IS terror groups... does not support the notion that the Taliban will genuinely investigate".

The ICC prosecutor also specifically mentioned the deadly August 26 attack on Kabul airport claimed by IS-K in which 13 US service members and more than 100 Afghan civilians were killed.

The decision to end the ICC focus on US abuses in Afghanistan was greeted with fury in some quarters.

"Stunned," tweeted Katherine Gallagher, a lawyer for Afghan victims of what they say was torture by US forces, adding that Khan had given them no advance warning of the move and they only found out when they read a press release.

Amnesty International campaigner Samira Hamidi said a US drone strike days before the pullout that wiped out 10 members of an Afghan family showed that the ICC "needs to revisit this decision and hold the US accountable too."