The Inkatha Freedom Party is proposing a quota system for the employment of foreign nationals. Courtesy #DStv403

JOHANNESBURG - The Inkatha Freedom Party (IFP) is proposing a quota system for the employment of foreign nationals.

This is the party's call to deal with the high unemployment rate, especially among the youth.

The IFP says it'll be introducing a private members’ bill to Parliament this year with proposals on how to achieve this.

The party’s parliamentary caucus has been meeting in Cape Town for the last three days to plan its key strategic focus areas for the year.

“Skilled people must come into our country, but we cannot find that in a restaurant, in a hotel, in a truck driving arena, you find that most of the people employed are from outside South Africa,” said IFP chief whip Narend Singh.

“And the biggest threat to South Africa is joblessness and unemployment. And if we are going to exacerbate the unemployment of South Africans, by employing people from outside of the country, to do tasks that we could perform, then I think we are going on a dangerous path,” he added. 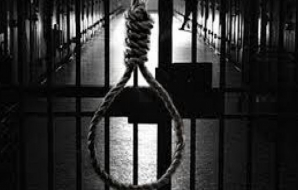