Images of treatment of Haitian migrants do not reflect US: official 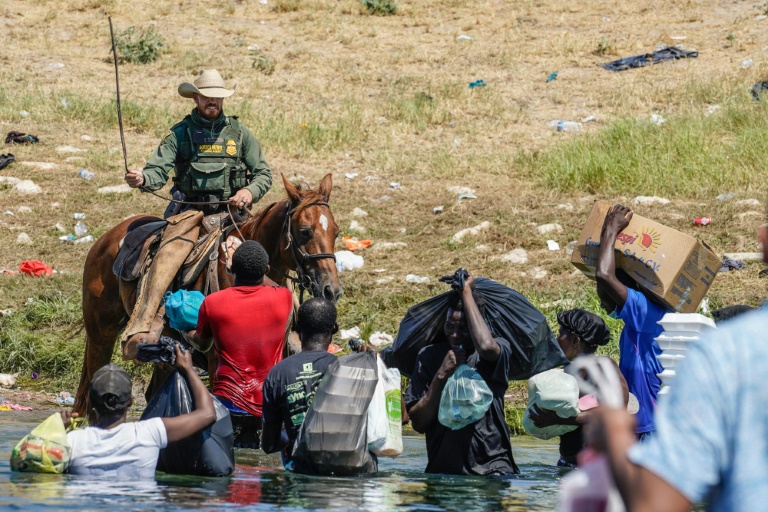 A United States Border Patrol agent on horseback uses his reins as he tries to stop Haitian migrants from entering an encampment on the banks of the Rio Grande near the Acuna Del Rio International Bridge in Del Rio, Texas

Pictures by AFP photographer Paul Ratje on Monday that were published repeatedly in media across the United States and around the world showed border patrol riders appearing to swing their mounts' long reins to threaten undocumented migrants and push them back to the Rio Grande river that marks the frontier.

The images "do not reflect who we are as a country, nor do they reflect who the United States Customs and Border Protection is," Mayorkas told the House Homeland Security Committee.

"I have ordered an investigation to be conducted of the events that are captured in those images," he said.

"The facts will drive the actions that we take, we ourselves will pull no punches," he said, promising a result "In days and not weeks."

They came as Mayorkas's department struggles to halt thousands of Haitians and people from other countries crossing the border hoping to stay in the United States. 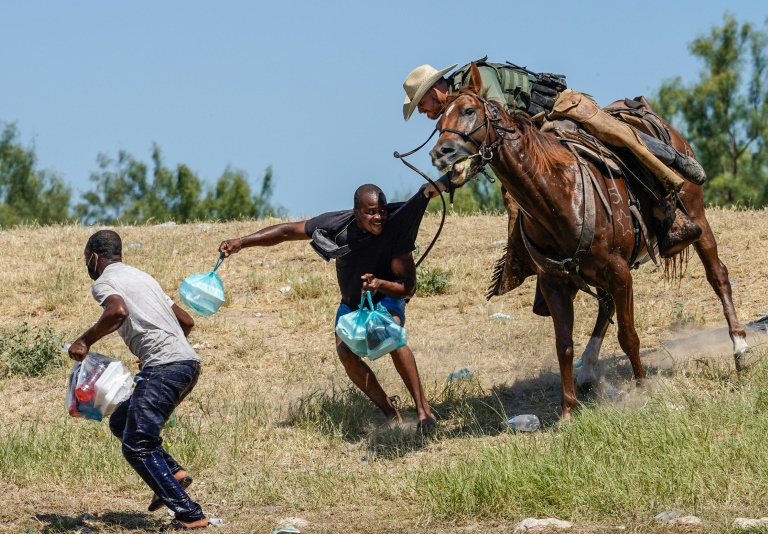 A United States Border Patrol agent on horseback tries to stop a Haitian migrant from entering an encampment on the banks of the Rio Grande near Del Rio, Texas

The Border Patrol began deporting the Haitians back to their country by air over the weekend.

But after the images of the horsemen and the migrants spread, members of President Joe Biden's Democratic Party condemned the treatment.

"I urge President Biden... to immediately put a stop to these expulsions," said US Senate leader Chuck Schumer.

As migrants continued to cross the border Wednesday and thousands remained camped under a bridge in Del Rio, Mayorkas said his department was working to deter arrivals.

"We do have a plan to address migration at the southern border, we're executing it, it takes time and we're starting to see the results," he told the panel.