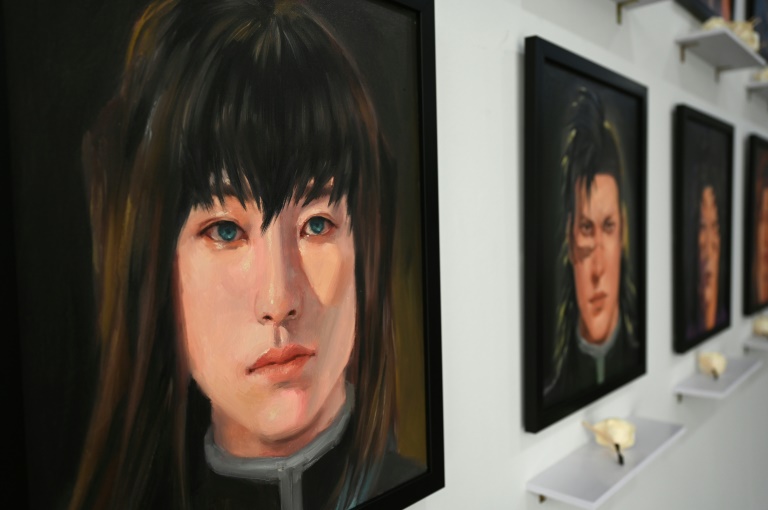 BANGKOK - Portraits of dozens of anime characters, each with a small altar for fans to leave flowers, adorn the wall of a Bangkok gallery -- a tribute to fictional heroes who met an untimely death.

The 2D Afterlife exhibit is made up of 50 of these creations from artist Jinnipha Nivasabut, who wanted to mourn the deaths of her favourite characters in popular shows and manga series.

The core concept "is to explore the idea of why the deaths of these fictional characters could have such an impact on real people," the 22-year-old anime lover said. 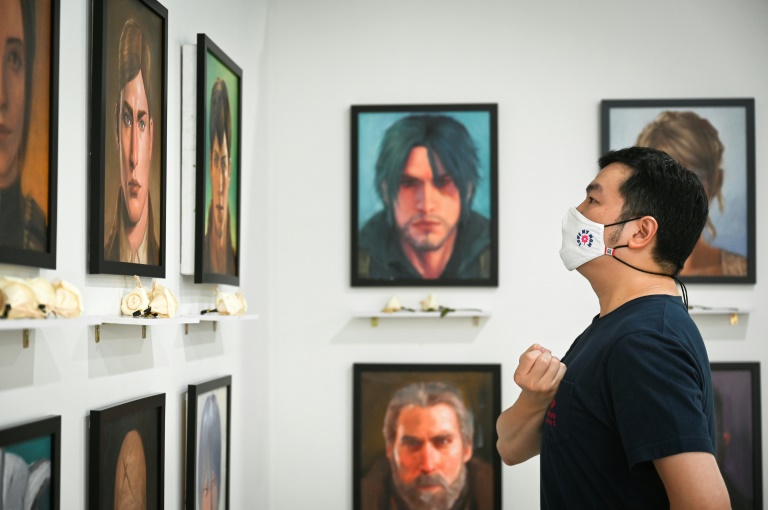 Eschewing anime's cartoon style, she instead painted the fallen heroes with the realism of stately oil portraits.

Japanese anime and manga enjoy mainstream popularity in the kingdom, with frequent conventions held in pre-pandemic Bangkok that would draw massive crowds of cosplayers.

Jinnipha said she wanted her work to not just serve as fan art, but as a participation experience for both her and the massive fan base supporting each series. 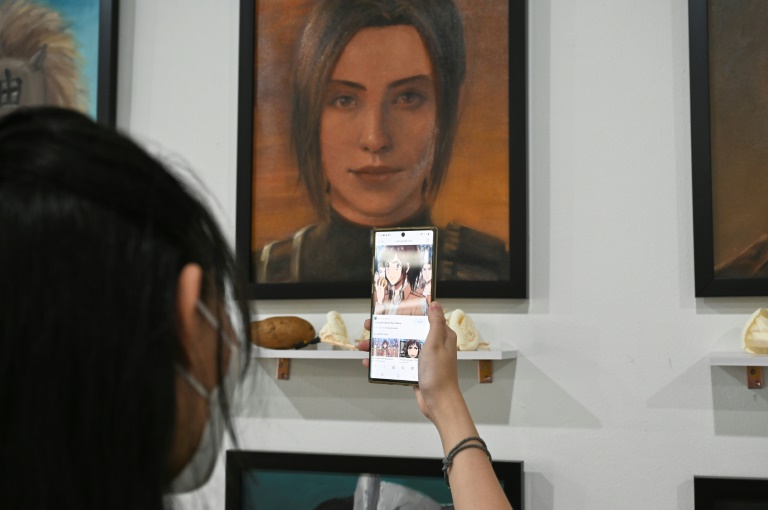 Sasha Braus, a character from Attack on Titan, had a potato left on her shelf -- a reference to her nickname "Potato Girl", for her love of food

Below each portrait, a small shelf acting as an altar allows the public to place flowers and Fanta soda drinks -- typical Thai offerings to the dead.

Sasha Braus, a beloved character from the ultra-popular Attack on Titan series, had a potato left on her shelf -- a reference to her love for food on the show that earned her the nickname "Potato Girl".

"They know that she loved potatoes so one of them came here and put it on the shelf for her," said gallery visitor Kullanit Assawawongkasem, 19, who added that she was "devastated" when the character was killed.

But "seeing these portraits, especially of Sasha, I’m not exactly sad," she said. 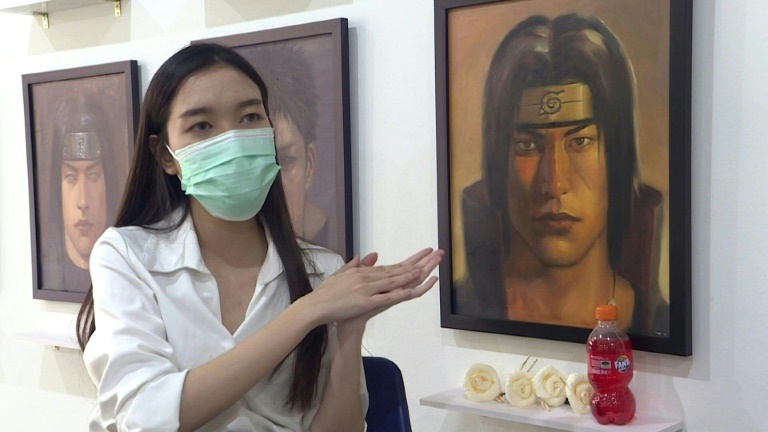 The exhibit, hosted at Palette Artspace in Bangkok, ends on August 3.