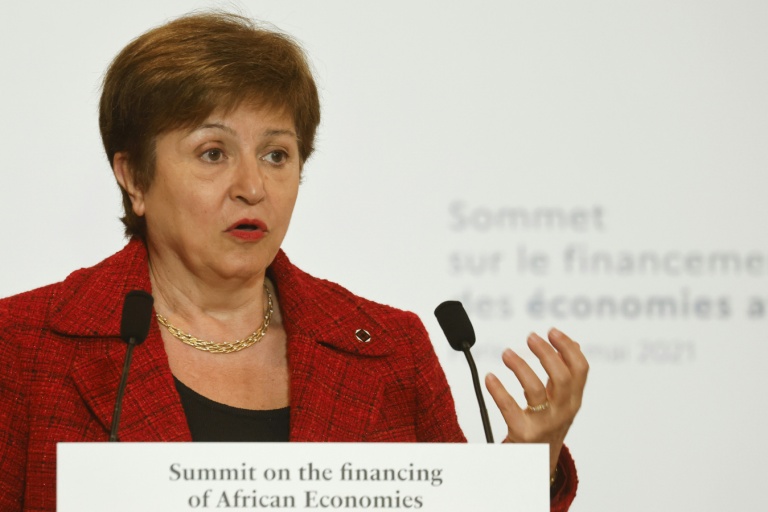 IMF Managing Director Kristalina Georgieva has faced scrutiny over an investigation saying she pressured officials at the World Bank to modify data in China's favour while a senior official at the institution. AFP/Pool

WASHINGTON - After an investigation found she used her senior role at the World Bank to manipulate data in favour of China, IMF Managing Director Kristalina Georgieva on Friday issued a statement again denying misconduct and rejecting the report.

"Let me be clear: the conclusions are wrong. I did not pressure anyone to alter any reports. There was absolutely no quid pro quo related to funding for the World Bank of any kind," Georgieva wrote in a statement.

An independent investigation released last week found that during her time as World Bank CEO, Georgieva was among top officials who pressured staff into changing data to China's benefit in the 2018 edition of its closely watched Doing Business report.

The bank has since scrapped the report, while the US Treasury called the findings "serious."

In a statement released through US strategic communications firm SKDK rather than through the IMF, Georgieva, who took the top job at the Washington-based crisis lender in 2019, pledged changes to her management style.

"As much as I have strived to be open and inclusive, I was very sorry to learn that some staffers felt their concerns were not heard. Moving forward, I will make sure to be even more attentive to hearing staff views," she wrote.

The probe from an outside law firm found that Georgieva along with her associate Simeon Djankov, a former Bulgarian finance minister who created the report, and Jim Yong Kim, then-president of the bank, pressured staff to change the calculation of China's ranking to avoid angering Beijing.

The push came while bank leadership was engaged in sensitive negotiations with Beijing over increasing the bank's lending capital.

Nobel Laureate Paul Romer, who was chief economist for the World Bank during her time there and later resigned after raising separate concerns about the Doing Business rankings, told AFP "the kind of intimidation this report describes was real" and said Georgieva arranged a "whitewash" of his criticisms.

Shanta Devarajan, a former acting chief economist of the World Bank, defended Georgieva, writing on Twitter that she specified that China's data should be verified without compromising the rankings' integrity.

"The changes to China's score were either correcting coding errors or judgment calls on questions where judgment was required," he said on Thursday.

"At no point did I feel I was being pressured," he said, adding the allegation Georgieva tampered with the data "is beyond credulity."