Immigrants and those without ID face hunger in SA 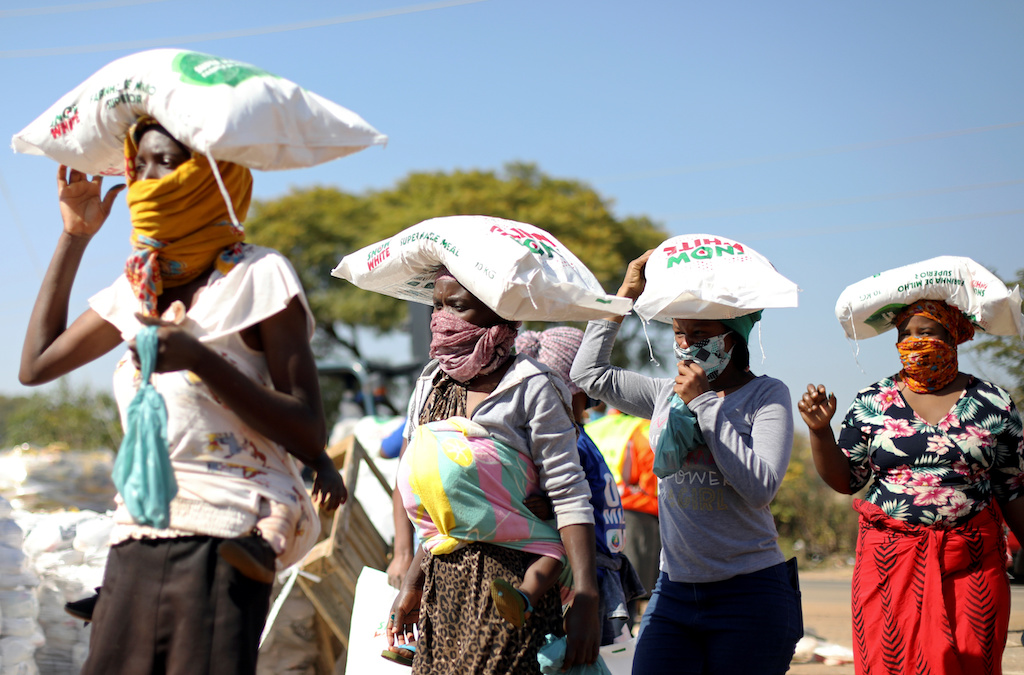 FILE PHOTO: Women carry bags of maize meal on their heads as people queue to receive food aid amid the spread of the coronavirus disease (COVID-19) outbreak, at the Itireleng informal settlement, near Laudium suburb in Pretoria, South Africa, May 20, 2020.

JOHANNESBURG - South Africa has marshalled huge resources towards preventing its poor from starving because of COVID-19, but undocumented citizens and stranded migrants face hunger as they slip through the net, aid workers say.

Some 11,000 families waited for charity food parcels on Wednesday in a queue stretching for several kilometres outside South Africa's capital Pretoria, with some lining up from 4.am.

Aid workers estimated more than half of those waiting for the third distribution this month were migrants.

President Cyril Ramaphosa has been praised for trying to mitigate the impact of the two-month-old coronavirus shutdown on the country's most vulnerable, setting aside R50 billion ($2.78 billion) for social grants for the poor, who on one measure make up half of Africa's most industrialised country.

But to claim a grant or food parcel, you need a national ID card -- which migrants aren't entitled to and many South Africans from poor areas have failed to obtain.

"We saw about the money that they are going to send to the South Africans, but as foreign nationals, who is going to provide for us?" said Peter Ndhlovu, an out-of-work Zimbabwean migrant casual labourer, as he queued.

"These people are hungry," said Yusuf Abramjee, one of the coordinators of the charity handout programme, gesturing to a queue stretching several kilometres.