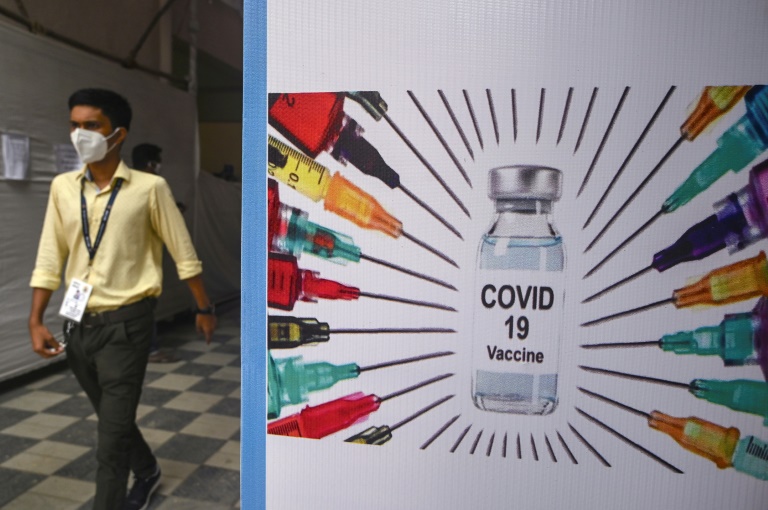 A doctor walks out of a Covid-19 vaccination centre in Mumbai. India's financial capital is in the middle of a coronavirus surge

Case numbers had eased in India but a second wave of the virus has since returned with a vengeance, with more than 126,000 new infections recorded in the past 24 hours, a new record.

Several regions have tightened curbs on activity while Maharashtra, the current epicentre of India's epidemic and home to megacity Mumbai, is set to enter a lockdown at the weekend.

Prime Minister Narendra Modi received his second shot on Thursday, tweeting that vaccines are "among the few ways we have to defeat the virus". He urged others to follow his lead by getting vaccinated.

India's vast vaccination programme is reportedly experiencing problems having administered 87 million shots so far in a population of 1.3 billion people.

According to the Times of India, 10 states have stocks that will last only three or four more days, including Uttar Pradesh, home to about 200 million people, as well as Bihar and West Bengal.

In Maharashtra, the state health minister issued a dire warning on Wednesday, saying supplies would run out in three days unless replenished. 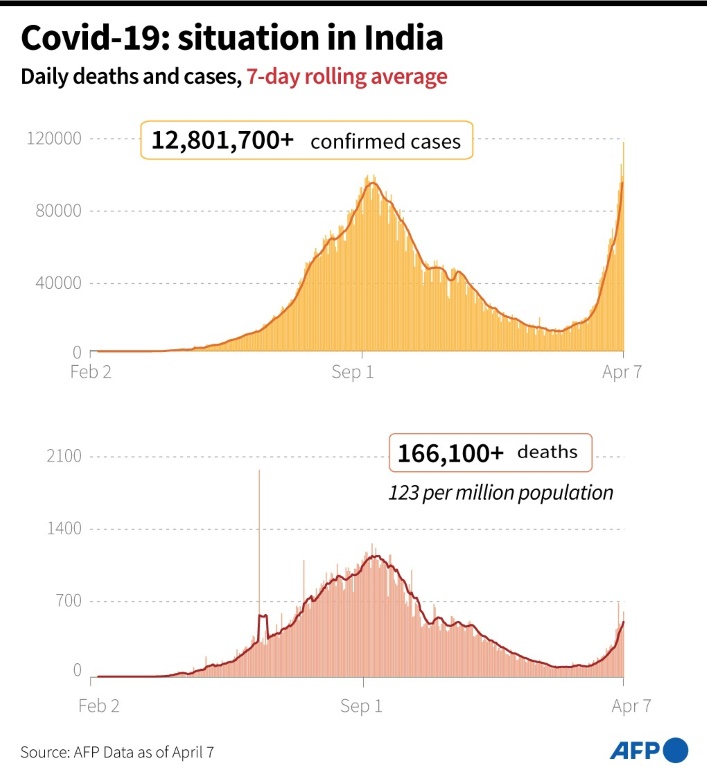 "We are having to tell people that since vaccine supplies have not arrived, they should go home," Rajesh Tope told reporters.

Major vaccination centres across Mumbai, which has recorded over 480,000 infections, were running out of doses Thursday, with the huge Lokmanya Tilak Municipal General Hospital stopping inoculations altogether.

At a government-run vaccination centre in the Mumbai neighbourhood of Dharavi, India's largest slum, long queues formed as people waited to get a jab.

Afrin Sultana Khan, in charge of the facility, warned it would only be able to vaccinate another 440 people -- its daily average -- before shutting shop.

"We are trying to see what we can do to save some stock for tomorrow," the doctor told AFP.

"Obviously we are very worried."

She added that she had no idea when new doses would arrive.

One district in the state of Andhra Pradesh ran out entirely on Tuesday and the whole of the south-eastern region of 55 million people may have no supplies left by Thursday, the Economic Times reported.

In the eastern state of Odisha a letter from the health minister seen by AFP said the area "will be able to continue vaccination for the next two days" after Wednesday.

However, federal health minister Harsh Vardhan said late Wednesday that many states were trying to "distract attention from their failures and spread panic among the people". 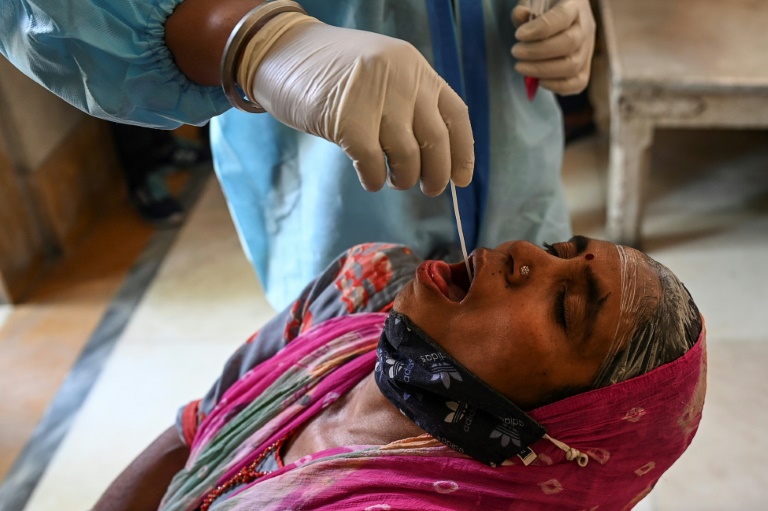 Allegations of shortages in Maharashtra were "utterly baseless", he said.

"Vaccine supplies are being monitored on a real-time basis, and state governments are being apprised regularly about it."

Ajay Ghai, a senior health official in Uttar Pradesh, said "vaccine supplies are happening on a rolling basis and so is the replenishment. There is no shortage at all."

The head of India's Serum Institute, the world's largest vaccine maker by volume, said on Tuesday that production capacity was "very stressed" and it called for financial help from the government.

Poorer countries, as well as some rich nations, have relied heavily on Serum for supplies of the AstraZeneca vaccine but last month New Delhi put the brakes on exports to prioritise domestic needs.

Chief executive Adar Poonawalla said the firm had been sent a legal notice by AstraZeneca about delivery delays, but Serum would only resume exports in the next two months "once the situation in India cools off", he added.

Total coronavirus cases in India are nearing 13 million and there have been 170,000 deaths from the virus, although the per capita rate of infection in the world's second-most populous country remains low compared to other nations.