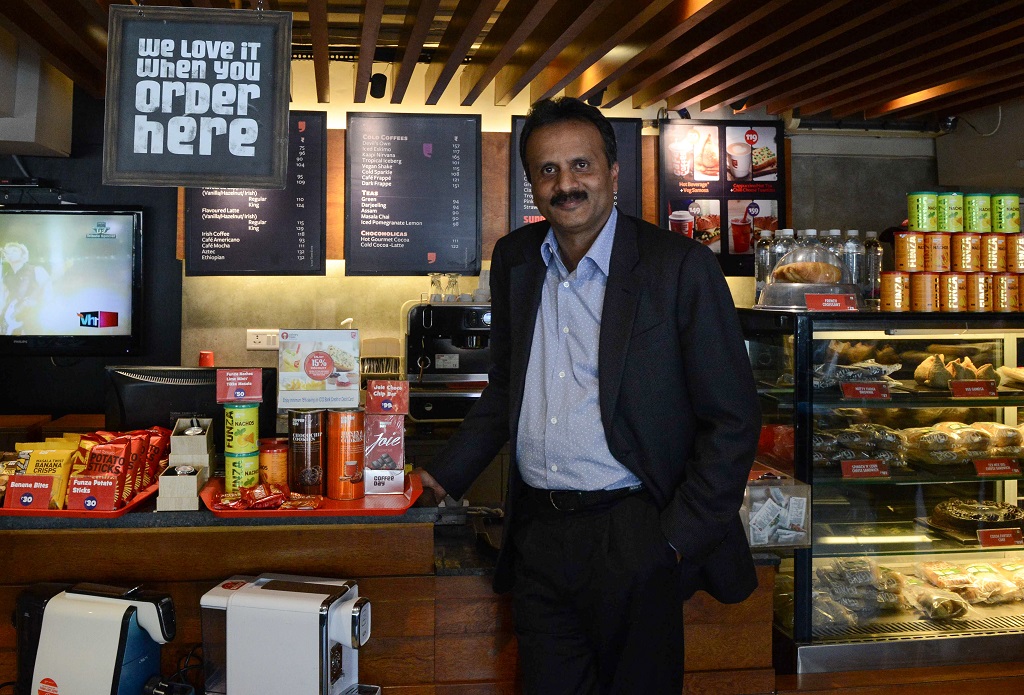 In this file photo taken on October 8, 2015 coffee tycoon V.G. Siddhartha, owner of the Café Coffee Day chain, poses for a photograph at one of his coffeeshops in Ahmedabad.

INDIA - The body of a billionaire Indian coffee magnate who went missing amid financial troubles was found by a river in southern India, police said Wednesday.

VG Siddhartha, founder of the Cafe Coffee Day chain that beat Starbucks at its own game in India, was last seen Monday next to the Nethravathi river near Mangaluru and reported missing soon after by his chauffeur.

Authorities launced a major search operation, and a fisherman found the body on the bank of the river.

"We have sent his body for post mortem analysis now and are awaiting results."

The body will be handed over to the tycoon's family after legal formalities are completed, said Sandeep Patil, Mangaluru police commissioner.

Patil said an investigation was underway to determine whether Siddhartha took his own life.

Siddhartha -- whose family have been in the coffee business for 130 years -- opened his first Cafe Coffee Day store in 1996 and went on to become one of the world's biggest coffee traders.

The chain has more than 1,700 stores, mainly in India, but also in Malaysia, Egypt, Czech Republic and Austria, employing more than 30,000 people.

Police said Siddhartha left Bangalore late Monday, telling his family he was going to a hill resort but instead asked his driver to take him to Mangaluru.

He ordered the driver to stop the car and started walking along a bridge as he talked to someone on his phone before disappearing.

Siddhartha married a daughter of S.M. Krishna, a former foreign minister and chief minister, making him one of the country's best-connected tycoons.

But his empire came under pressure after tax authorities launched raids on company offices in 2017. Reports said Siddhartha was in talks with Coca-Cola about selling a major stake.

In a letter to the Cafe Coffee Day board, the 57-year-old chairman had admitted mistakes in handling his financial affairs.

But he said he had suffered pressure from lenders and harassment from Indian tax authorities.

"My intention was never to cheat or mislead anybody, I have failed as an entrepreneur," he said in the letter, which was dated July 27.