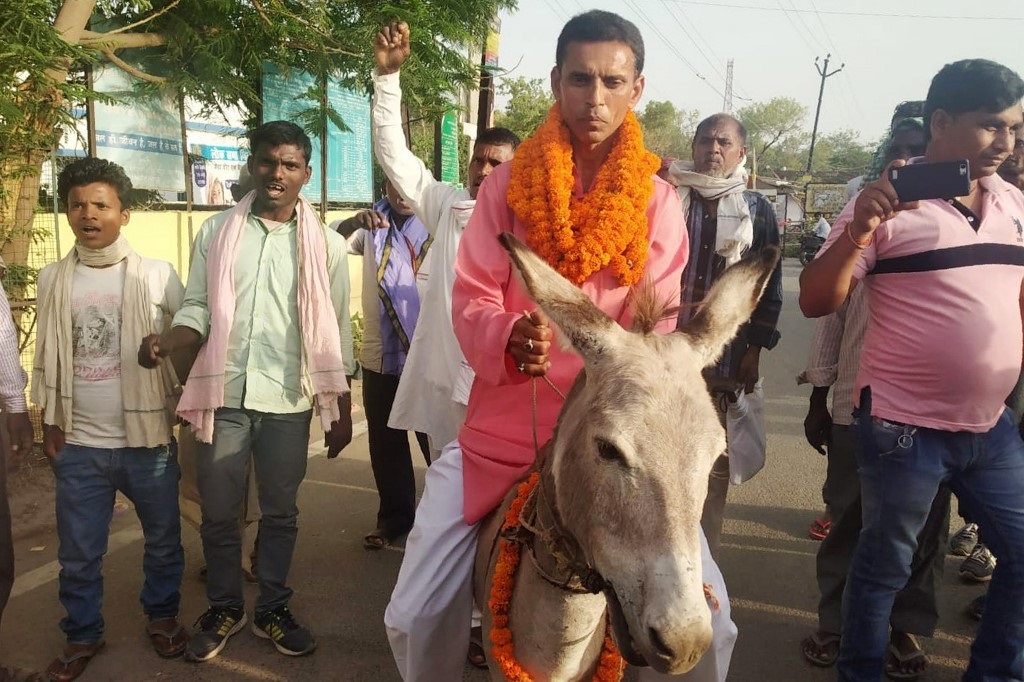 Independent candidate Mani Bhushan Sharma arrives on a donkey to file his nomination documents at a local election office in Jehanabad, in the Indian state of Bihar on May 1, 2019.

NEW DELHI - Indian police charged a would-be election candidate with animal cruelty on Wednesday after he rode a donkey to file his application for the national ballot.

"We have filed a case under prevention of cruelty to animals against the politician," Shree Maneesh, Jehanabad police chief, told AFP.

Maneesh did not elaborate on the exact charges against Sharma, and donkey and mules rides are legal and common in India.

Convictions under the animal cruelty law -- that mostly deal with physical harm, violence or abandonment of animals -- can result in fines or prison terms up to seven years.

Sharma defended his actions, saying it was symbolic to show the plight of common people that are taken for a ride by politicians.

"Common people are dedicated towards building a better society and nation like donkeys (and), unlike politicians who only work for themselves. We are beautiful and hard working, like donkeys," he told AFP.

Sharma has unsuccessfully contested four elections in the past, and his application on Monday was rejected due to discrepancies in his documents.

India last month began mammoth national elections for the lower house of the parliament that stretches for six weeks, with results expected on May 23.

Nearly 900 people are eligible to vote in the elections that sees thousands of candidates, including many perennial no-hopers, join the electoral fray.