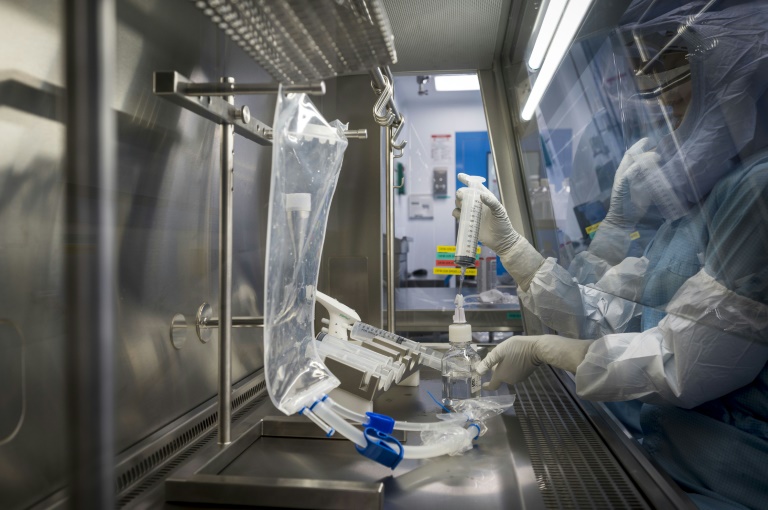 Production of the Covid vaccine has been running night and day since the European Medicines Agency approved the BioNTech site last week.

BERLIN - Decontamination chambers, tight-fitting protective suits, a controlled atmosphere: vigilance is the order of the day when making COVID-19 vaccines at the new BioNTech plant in Marburg, Germany.

From the outside, the facility is an unassuming building on the outskirts of the town north of Frankfurt in central Germany.

But that quickly changes when you step inside the rooms of the second European site to manufacture the vaccine developed by BioNTech with US giant Pfizer.

Production has been running night and day since the European Medicines Agency (EMA) approved the site at the end of March, with the facility poised to eventually churn out one billion doses a year.

"It takes a lot of manual work and about 50,000 steps to make a batch" of messenger RNA (mRNA), the substance that trains the immune system to protect itself against Covid-19, production manager Valeska Schilling told AFP.

From that batch, "we can make some seven or eight million doses of vaccine," said Schilling, who is "extremely proud" of the huge scientific effort. 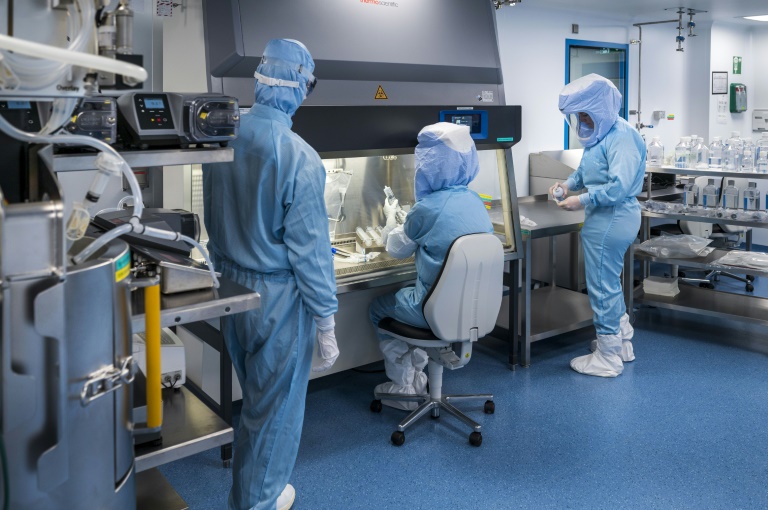 BioNTech has announced plans to produce up to 2.5 billion doses of its Covid vaccine worldwide this year -- 25 percent more than originally planned.

Glass pipette in hand and wrapped head to toe in a blue protective suit, a young employee mixes pharmaceutical ingredients in a sterile bag to begin the process of making mRNA.

This step, called in-vitro transcription, is "the most technologically complicated", Schilling notes -- less a mass production process than an art form.

During in-vitro transcription, which Schilling compares to "making a photocopy of a book", enzymes are used to generate up to 500 "copy" mRNA molecules from a single DNA molecule.

After the reaction to produce the RNA, the resulting liquid must be purified: the enzymes and DNA used for the transcription are removed, and filtration prevents possible contamination.

In the third and final stage of production in Marburg, the mRNA is wrapped in fatty molecules, or lipids, so that it can get inside of human cells.

In all, it takes five to six days to make a 35-litre batch of mRNA, which is then transported to other factories for bottling -- currently done in Belgium and soon near Frankfurt.

Several time-consuming tests are carried out along the way to ensure the quality of the vaccine, which is around 95 percent effective against Covid-19 according to clinical studies.

Some initial doses produced by the 400 workers in Marburg were delivered to France on Tuesday at Delpharm, a French subcontractor which takes over the final stage of putting them in the vials to be sent out to the vaccinators.

BioNTech has announced plans to produce up to 2.5 billion doses of the vaccine worldwide this year -- 25 percent more than originally planned. 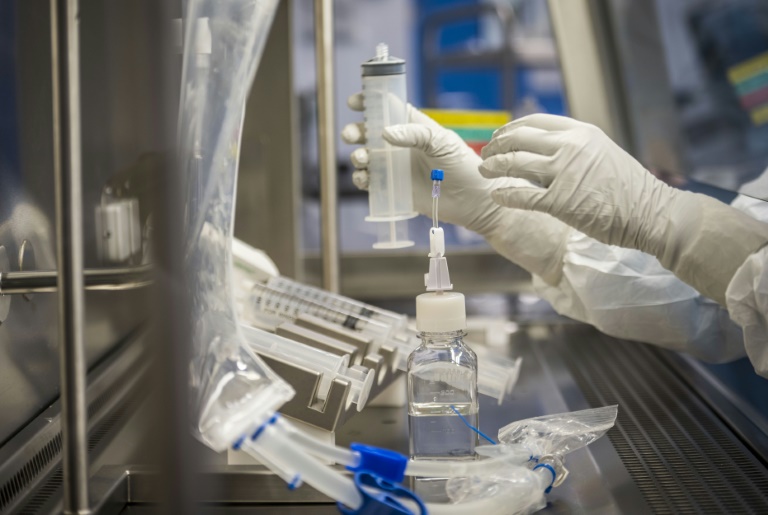 BioNTech/Pfizer and US pharmaceutical giant Moderna were the first in the world to market vaccines using the pioneering messenger RNA process.

BioNTech/Pfizer and US pharmaceutical giant Moderna were the first in the world to market vaccines using the pioneering messenger RNA process.

For Marburg, hosting the BioNTech plant is part of a long history of medical innovation that began in 1890 when Emil von Behring invented the diphtheria vaccine -- a feat that later won him the first Nobel prize in medicine. 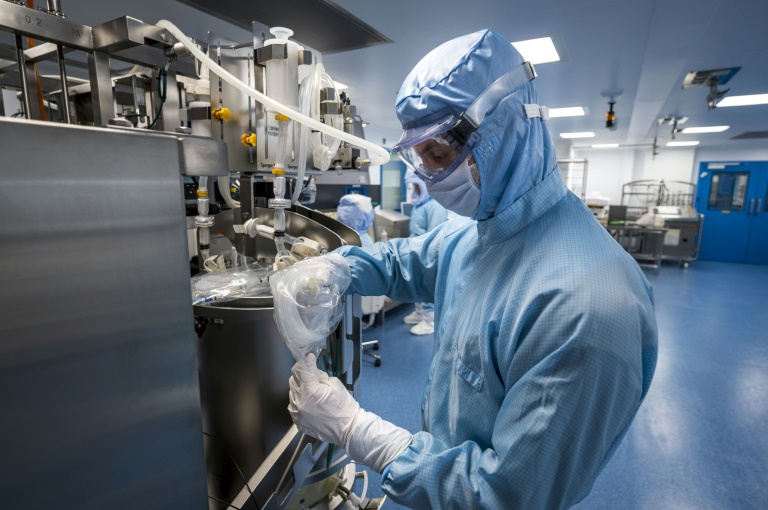 For Marburg, hosting the BioNTech plant is part of a long history of medical innovation that began in 1890 when Emil von Behring invented the diphtheria vaccine -- a feat that later won him the first Nobel prize in medicine.

The Marburg plant formerly owned by Swiss pharmaceutical group Novartis and acquired by BioNTech in late 2020 is located in an industrial park named the "Behringwerke" after the eminent scientist.

The couple behind BioNTech, Ozlem Tureci and Ugur Sahin, managed to orchestrate a very speedy redevelopment of the plant: "It's fantastic what we've achieved in such a short time," Schilling said.

Marburg also has a high-security laboratory for the study of highly infectious and dangerous viruses -- one of only two in Germany.

But the town has also already experienced the terror of an epidemic: in 1967, it was hit by a then unknown Ebola-like disease now known as the "Marburg virus".

The disease still causes sporadic outbreaks in several African countries, with no vaccine in sight.