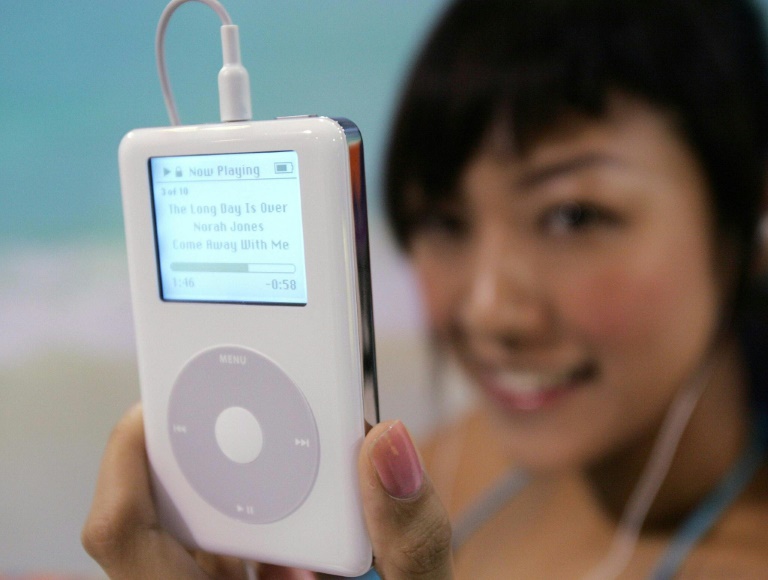 In the years after its release, prices came down, storage space grew, colours and models proliferated and sales exploded. AFP/Samantha Sin

PARIS - At the height of its power, the pocket-sized music player known as the iPod shifted tens of millions of units each year, helping Apple to conquer the globe and transforming the music industry.

But that was the mid-2000s –- a lifetime ago in the tech industry. After years of declining sales, the US tech giant announced on Tuesday it was stopping production after 21 years.

"Clearly this was one of the products that Apple launched that completely changed our lives," Francisco Jeronimo of analysis firm IDC told AFP.

Social media was awash with emotional tributes under the banner "iPod RIP".

"Noooo, iPod touch, you were too pure for this world!" tweeted entrepreneur Anil Dash.

But its 5GB of storage outstripped the competition, its mechanical wheel was instantly iconic and it allowed a constant stream of music uncoupled from conventional albums.

"It didn’t just change the way we all listen to music, it changed the entire music industry," Apple founder Steve Jobs said of the iPod in 2007. 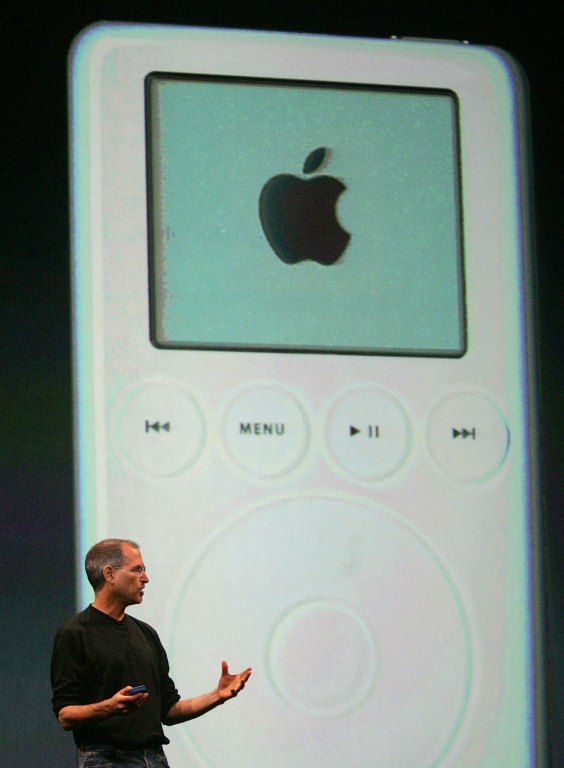 'It didn’t just change the way we all listen to music, it changed the entire music industry,' said Steve Jobs of the iPod

Digital music was still in its infancy and closely associated with piracy.

File-sharing platform Napster had horrified the industry by dispensing with any idea of paying the record companies or musicians.

Against this background, Apple managed to persuade record company bosses to sanction the sale of individual tracks for 99 cents.

"We folded because we had no leverage," Albhy Galuten, an executive at Universal Music Group at the time, told the New York Times on Tuesday.

For years, bands from AC/DC to the Beatles and Metallica refused to allow Apple to sell their music.

But the industry has since found a way to stay hugely profitable and even embrace technology like streaming.

After the initial shock to the system, he said the industry has learnt to embrace -- and monetise -- technology.

"People are now spending money in ways they weren’t before," said Bourreau, highlighting money from streaming.

"By this logic, the music industry is doing just fine."

But the writing was on the wall for the iPod as early as 2007 when Jobs launched the iPhone. 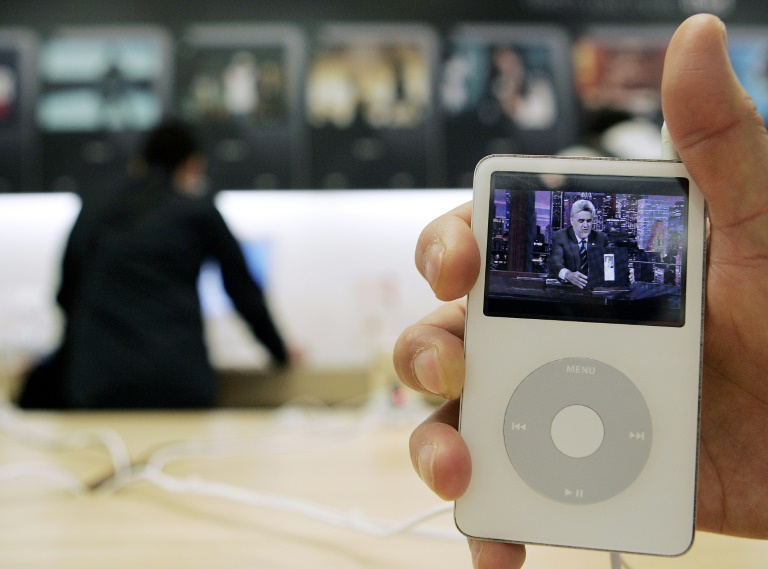 The device helped supercharge Apple into a global consumer company

With theatrical flair, he told an expectant audience the new product was an "iPod, a phone and an internet communicator".

He was lighting a fire under his own product even though at the time it accounted for roughly 40 percent of Apple's revenue, according to analysis by Statista.

Five years later, the iPod's revenue share had plunged below 10 percent and it was being outsold by the iPhone.

"I don't see why people would buy music players in the future," said Jeronimo.

"Music players are now a feature of other devices – in cars, smart speakers, watches, even in smart glasses."

The iPod and all its imitators seem likely to follow the Sony Walkman into a long twilight of nostalgic fandom and eBay listings of products from a bygone era.

- by Joseph Boyle and Jules Bonnard