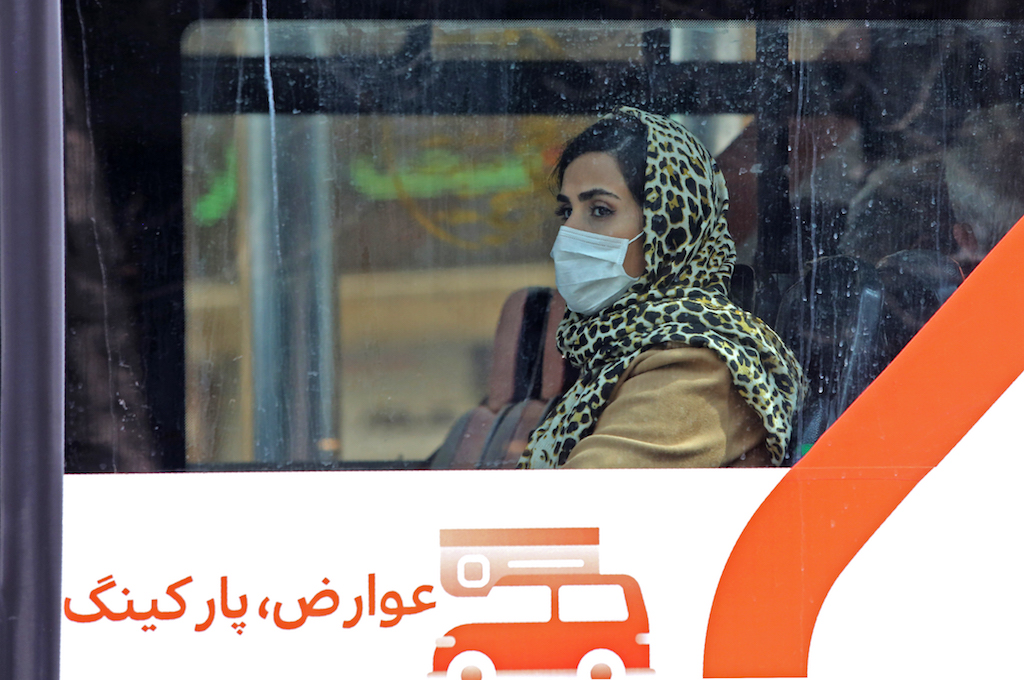 A woman wears a protective mask while riding a bus in the Iranian capital Tehran.

TEHRAN - Iran's government vowed on Monday to be transparent after being accused of covering up the deadliest coronavirus outbreak outside China, dismissing claims the toll could be as high as 50.

The authorities in the Islamic republic have come under mounting public pressure since it took days for them to admit to "accidentally" shooting down a Ukrainian airliner last month, killing 176 people.

The government said on Monday that Iran's coronavirus death toll had jumped by four to 12 -- by far the highest outside China -- as its neighbours closed their borders and imposed strict quarantine measures.

READ: The global spread of the new coronavirus: Where is it?

But Ahmad Amirabadi Farahani, a lawmaker from the holy city of Qom, south of Tehran, alleged the government was "lying" about the full extent of the outbreak.

The ILNA news agency, which is close to reformists, said the lawmaker spoke of "50 deaths" in Qom alone.

"The rest of the media have not published this figure, but we prefer not to censor what concerns the coronavirus because people's lives are in danger," ILNA editor Fatemeh Mahdiani told AFP.

Farahani was wearing a face mask during the closed session of parliament but left after speaking, as he felt unwell, state news agency IRNA reported, adding sanitary workers then cleaned his seat.

Iran's government rejected his claim that the virus had killed 50 in Qom.

"This is not the time for political confrontations. The coronavirus is a national problem," he added.

The government pledged transparency over the outbreak.

"We will announce any figures (we have) on the number of deaths throughout the country. We pledge to be transparent about the reporting of figures," its spokesman Ali Rabiei said.

Iran has been scrambling to contain the COVID-19 outbreak since it announced the first two deaths in the holy city of Qom on Wednesday last week.

Authorities have since ordered the closure of schools, universities and other educational centres across the country as a "preventive measure".