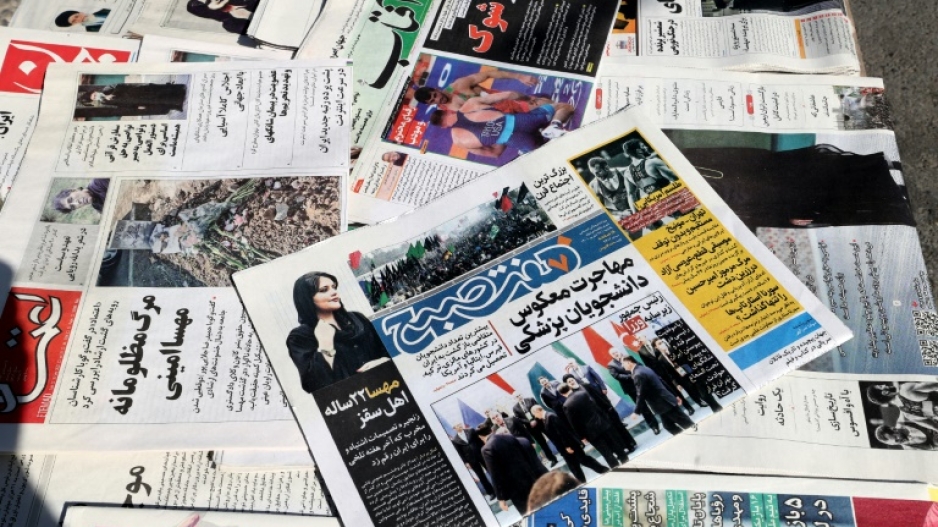 As Iran reels from a woman's death after her arrest by its "morality police", the Sunday front page of financial newspaper Asia declared: "Dear Mahsa, your name will become a symbol."

The police unit -- responsible for enforcing Iran's strict dress code for women, notably the wearing of a headscarf in public -- had already faced growing criticism in recent months over its excessive use of force.

The death of Mahsa Amini, 22, has reignited calls to rein in its actions against women suspected of violating the dress code, in effect since the 1979 Islamic revolution.

The day after her funeral, nearly all Iranian press dedicated their front pages to her story on Sunday.

"The nation has expressed its sorrow over Mahsa's sad death," stated the front page of ultra-conservative newspaper Javan.

Originally from the northwestern Kurdistan province, Amini was on a visit with her family to the capital Tehran when she was detained on Tuesday.

She was declared dead by state television on Friday after having spent three days in a coma. Shortly after, a crowd gathered outside the Kasra hospital in central Tehran.

In her hometown of Saghez, where her body was laid to rest on Saturday, some residents hurled stones at the governor's office and chanted slogans against the authorities, according to Fars news agency.

"The people are shocked and outraged by what happened to Mahsa Amini," reformist publication Etemad noted, stating that the country has suffered "multiple instances of violence by the morality police".

The moderate Jomhouri-e Eslami daily warned against "social fragmentation" triggered by the "violent behaviour" of the unit's officers.

Official state news agency IRNA reported Sunday that Raisi promised the family in a phone call that he would follow up the case, telling them "your daughter is like my own daughter and I feel like this incident happened to one of my own relatives."

However, some of the more conservative media outlets sought to push back against the barrage of criticism. 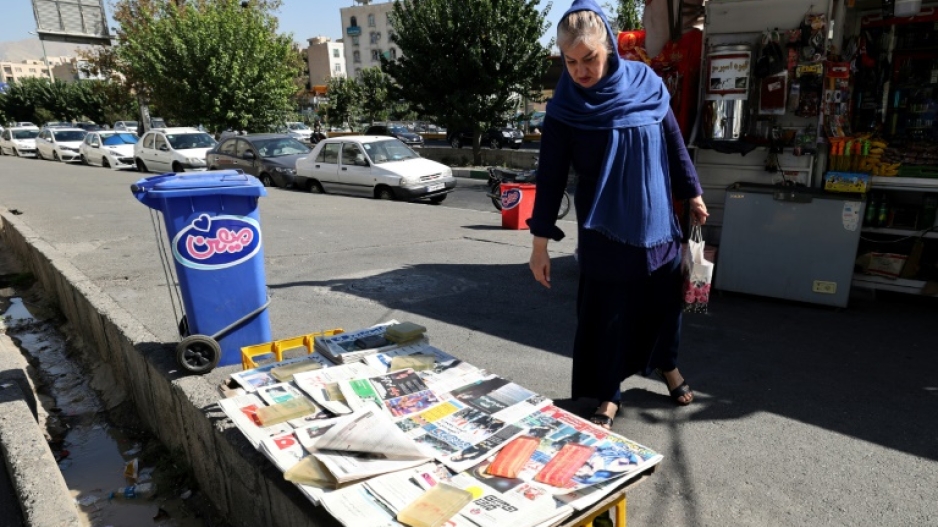 The government daily Iran newspaper accused reformists of "exploiting public sentiments by using an unfortunate incident to incite the nation against the government and the president".

One ultra-conservative newspaper, Kayhan, claimed that "the amount of rumours and lies spread in the wake of Mahsa's death has risen considerably."

It referred to a short video from a surveillance camera broadcast on Friday by state television, purportedly showing her falling to the ground inside a large hall full of women while arguing with one of the female instructors about clothing.

In a statement on Friday, Tehran police insisted "there was no physical encounter" between officers and Amini.

The head of the Tehran medical examiner's office on Saturday told state television that investigations into the cause of death would take up to three weeks to complete.

Filmmakers, artists, athletes, and political and religious figures have taken to social media to express their anger against the morality police, both inside and outside the country.

Former president and reformist Mohammad Khatami called on the authorities to "put an end to actions against the law, logic and sharia", or Islamic law, and to "bring the perpetrators to justice".

Grand Ayatollah Assadollah Bayat Zanjani, a cleric seen as close to the reformists, denounced what he said was "illegitimate" and "illegal" actions behind "this regrettable incident".

"The Koran clearly forbids the use of force" to enforce religious and moral values, he said.

Two-time Oscar-winning film director Asghar Farhadi said that "Mahsa now is more alive than we are" because "we are silent in the face of such boundless cruelty. We are complicit in this crime."

"The hair of our girls is covered with a shroud," several footballers on Iran's national team wrote in a joint story they shared on Instagram.

"If these are Muslims, may God make me an infidel," charged Sardar Azmoun, who plays for the German club Bayer Leverkusen.

On Twitter, the hash-tag #Masha_Amini had clocked up close to 1.5 million tweets at midday on Sunday.