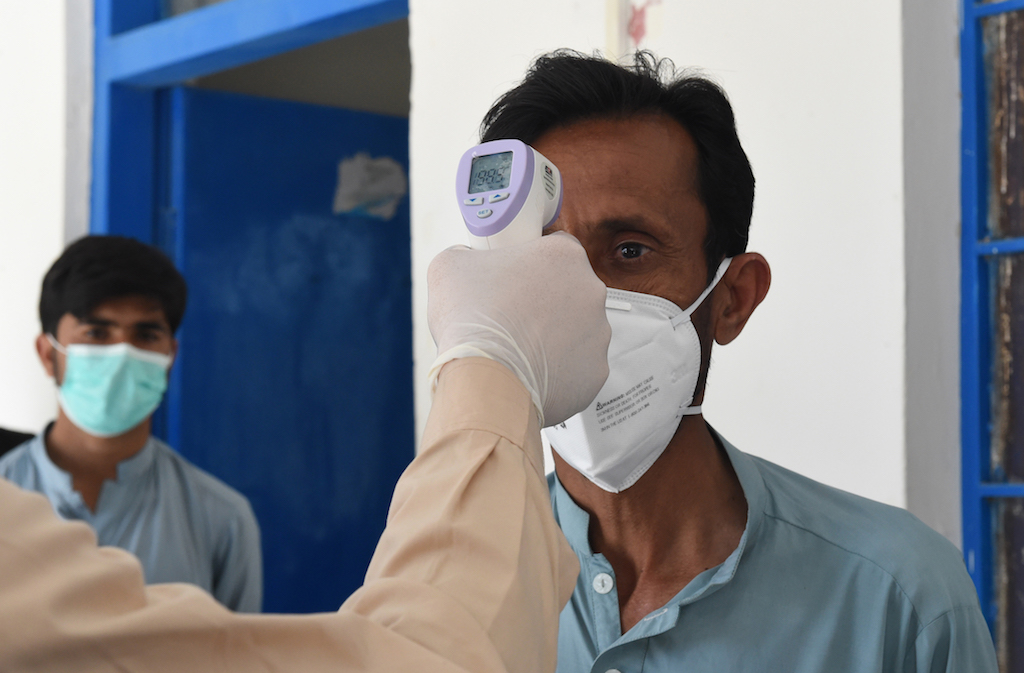 A doctor checks the body temperature of a man returning from Iran at a quarantine zone to test for the COVID-19 coronavirus.

TEHRAN - Iran's deputy health minister confirmed that he has tested positive for the new coronavirus, amid a major outbreak in the Islamic republic.

Iraj Harirchi coughed occasionally and appeared to be sweating during a press conference in Tehran on Monday with government spokesman Ali Rabiei.

At the time he denied a lawmaker's claim that 50 people had died from the virus in the Shiite shrine city of Qom, saying he would resign if the number proved to be true.

In a video broadcast on state television, the deputy minister put on a brave face as he admitted he was infected.

"I too have been infected with coronavirus," Harirchi said in the video apparently shot by himself.

"I had a fever as of last night and my preliminary test was positive around midnight," he said.

READ: The global spread of the new coronavirus: Where is it?

"I've isolated myself in a place since. A few minutes ago, I was told that my final test was final, and now I am starting medication.

"I wanted to tell you that... we will definitely be victorious against this virus in the next few weeks," Harirchi declared.

But he warned Iranians to be careful as the "virus does not discriminate" and infects anyone, regardless of standing.

The Islamic republic has been hit by the deadliest coronavirus outbreak by far outside China.