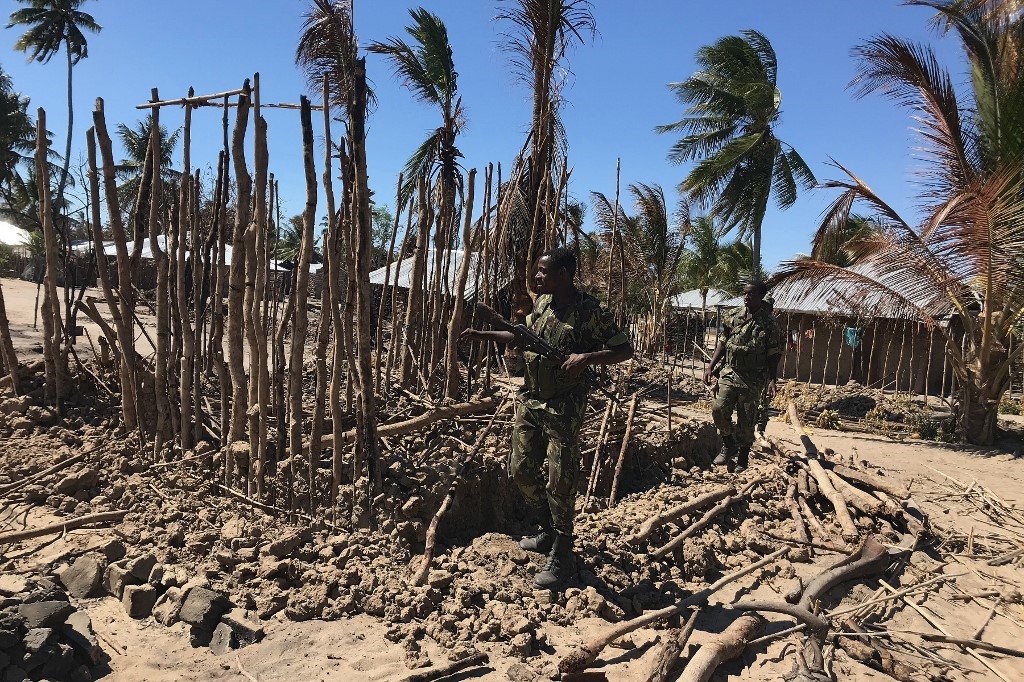 Mozambican Army soldiers bring down a structure torched by attackers to be rebuilt as shelter for people fleeing the recent attacks, in Naunde, northern Mozambique.

MAPUTO - The Islamic State group has claimed responsibility for the first time for an insurgent clash in northern Mozambique, according to SITE Intelligence which monitors jihadist activities worldwide.

An Islamist insurgency has been growing in the Mozambican province of Cabo Delgado since 2017, with more than 200 people killed and many villages torched.

Islamic State issued a statement on Tuesday claiming involvement in an apparent gunfight with the Mozambique military in Cabo Delgado province, although an insurgency expert expressed caution over the claim.

"The soldiers of the Caliphate were able to repulse an attack by the Crusader Mozambican army in Metubi village, in the Mocimboa area," said the statement, according to a SITE translation. They clashed with them with a variety of weapons, killing and wounding a number of them."

"The mujahideen captured weapons, ammunition, and rockets as spoils."

The Mozambican government and military declined to confirm any rebel activity.

An insurgency expert who declined to be named said Islamic State were unlikely to have direct contact with the local fighters.

He said the claimed attack on Monday had not been reported locally, and the village of Metubi was not in Mocimboa da Praia district.

"Islamic State is not in Mozambique. It is just propaganda, but they might have links," the expert said.