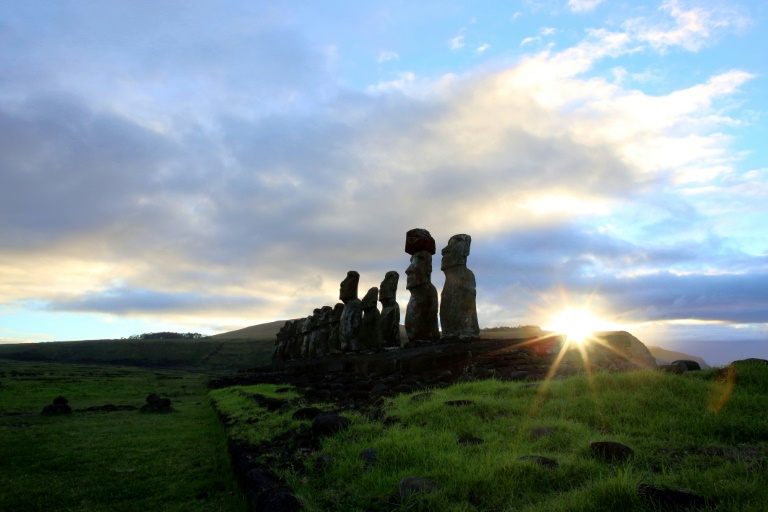 People in the Marquesas islands are genetically close to the people of Easter Island nearly 4,000 kilometres away

PARIS - Easter Island's famous megaliths have relatives on islands thousands of miles to the north and west -- and so did the people who created them, a study said Wednesday.

Research showed that over a 250-year period separate groups of people set out from tiny islands east of Tahiti to settle Easter Island, the Marquesas and Raivavae -- archipelagos that are thousands of miles apart but all home to similar ancient statues.

"These statues are only on those islands that are closely connected genetically," the study's lead author Alexander Ioannidis of Stanford University told AFP.

Using cutting-edge analysis of modern DNA, Ioannidis and his team were able to map and date the first Polynesians' path of settlement, which began in Samoa and fanned out across the Pacific between the years 830 and 1360.

"This had been an open problem since Captain Cook first noticed that the people on the Polynesian islands were all speaking the same language," Ioannidis said.

The expansion happened rapidly -- over about 17 generations -- outpacing major changes in language or culture that could have served as markers, the findings show.

The researchers were able to piece together the puzzle of trans-Pacific migration by comparing the genetic material in 430 present-day inhabitants across 21 islands.

The outward expansion from Samoa unfolded westward to Fiji, Tonga in the south, and then to Raratonga in the east around the year 830.

A few hundred years later, descendents on Raratonga travelled to settle present-day Tahiti and the Tuamotu archipelago just beyond.

It is from the small, long-overlooked sand-bar islands of Tuamotu that the most ambitious forays set out, Ioannidis said.

Now sparsely-populated thanks in part to their role as nuclear test grounds, the Tuamotus span an area equal to the distance between England and Greece. 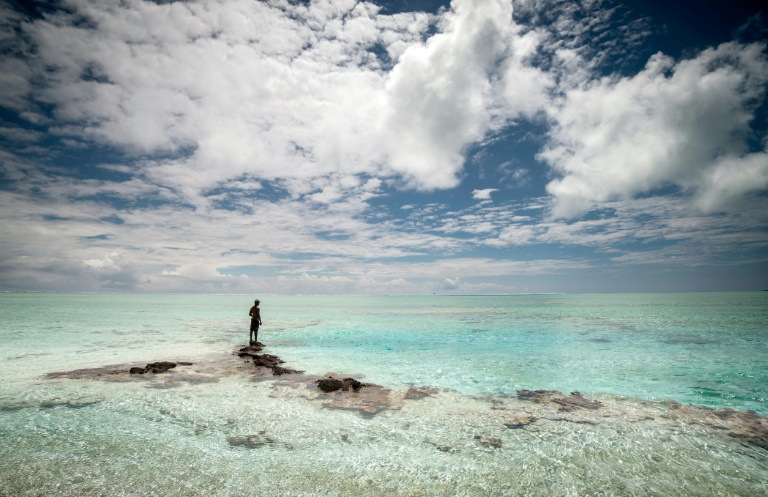 Ancient Polynesians expanded to remote islands from the Tuamotu archipelago

The study notes that the low-lying islands likely emerged from below sea level only a few hundred years before Polynesians spread there.

"They needed to have a maritime culture to get in between these small, ring-like islands," Ioannidis said.

"I think that explains in some part why it's from there that we see the longest-distance voyages going out."

This became ground zero for the megalith-building peoples who came to inhabit the Marquesas, Rapa Nui (Easter Island) and Raivavae.

The timing of those expansions fits with earlier DNA-based findings by Ioannidis and his team showing that Native Americans -- probably from the northwestern coast of South America -- and Polynesians mingled around the year 1200.

"The date we found for that contact is very close to the dates we find for these voyages out from the Tuamotus to settle these remote islands," Ioannidis said.

Today's Polynesian populations have mixed heritage, with traces of Europe, Africa and other places in their ancestry.

While genetic studies of ancient peoples have tended to focus on ancient DNA samples unearthed from archaeological sites, Ioannidis said his team had been able to home in on telltale sequences buried in modern DNA.

They used software to analyse samples from 430 inhabitants across 21 different islands to identify recurring gene patterns specific to Polynesians, blocking out DNA sequences associated with European or other ancestry. 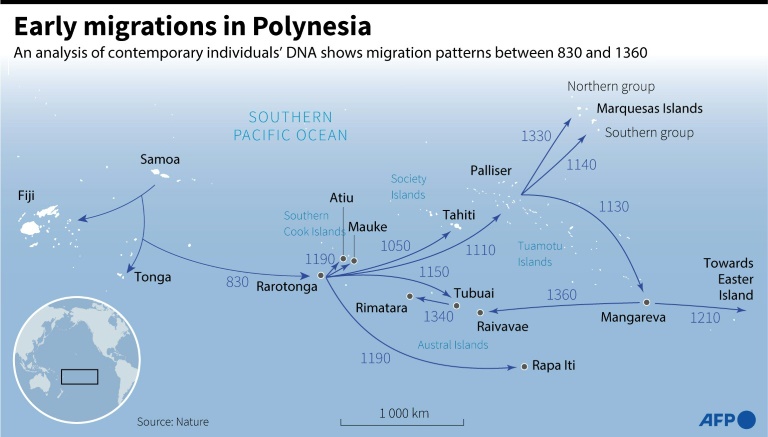 Otherwise, "you would just find that the islands with the 'most Polynesian' DNA were more related," Ioannidis explained.

"That's not interesting from a historical perspective."

His team used the genetic clues to draw a kind of family tree across the Pacific, east-to-west.

Since DNA strands shorten as they are re-combined over generations, the length of shared segments revealed how many generations passed between each settlement.