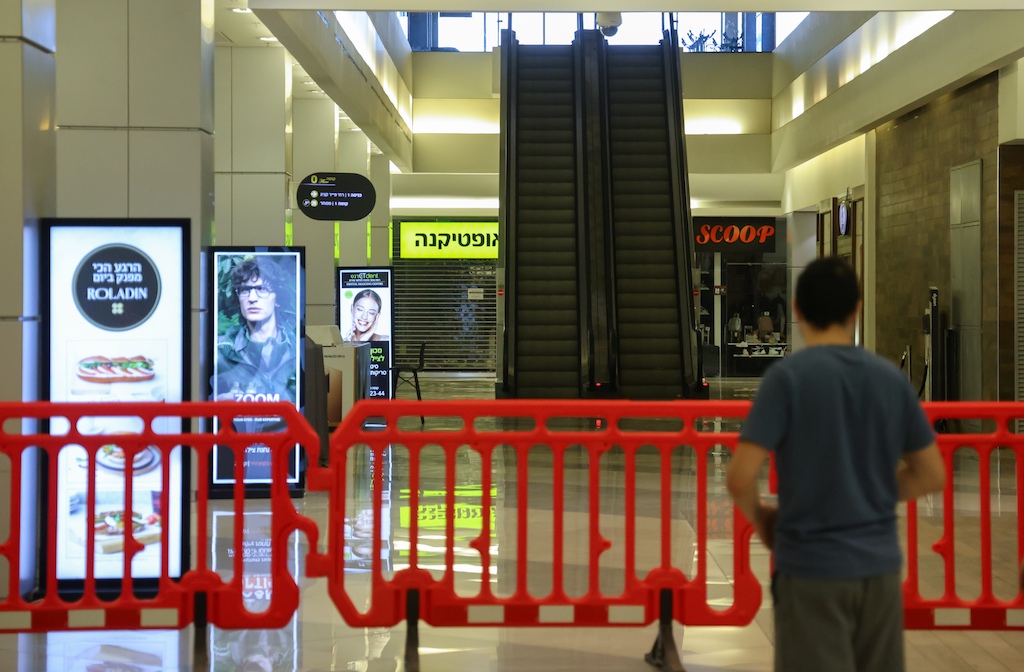 A man looks at the fenced-off entrance of a closed shopping mall in Jerusalem on October 7, 2020, amid Israel's second lockdown to stem the spread of COVID-19.

JERUSALEM - Israel announced Thursday that it will impose a nationwide lockdown from next week, it's third of the COVID-19 pandemic, just days after it began vaccinations against the virus.

"A general lockdown will be imposed from 17:00 (1500 GMT) on Sunday for two weeks," a statement from Prime Minister Benjamin Netanyahu's office said.

"There is an option to extend the lockdown for an additional two weeks unless the basic reproduction number (for the virus) falls below 1 and the number of new cases per day falls below 1,000."

Israelis will be barred from travelling more than one kilometre from their homes and businesses will be closed except for deliveries.

Exceptions will be made for those travelling for vaccinations and schools will remain partially open for some age groups.

The new lockdown comes after a sharp rebound in the infection rate since the last lockdown in September, when the per capita infection rate was among the highest in the world.

In a population of nine million, Israel has now confirmed 385,022 coronavirus cases, 3,150 of them fatal.

Israel launched a nationwide inoculation programme on Monday after receiving a first consignment of the vaccine developed by US pharmaceutical giant Pfizer and its German partner BioNTech.

On Wednesday, the health ministry confirmed four cases of a new strain of Covid-19 that emerged in southern England and that British health officials believe spreads faster.

In response, Israel this week banned foreign nationals arriving from Britain, Denmark or South Africa, where a separate new strain has emerged.

It also imposed a mandatory quarantine for all arrivals from abroad.