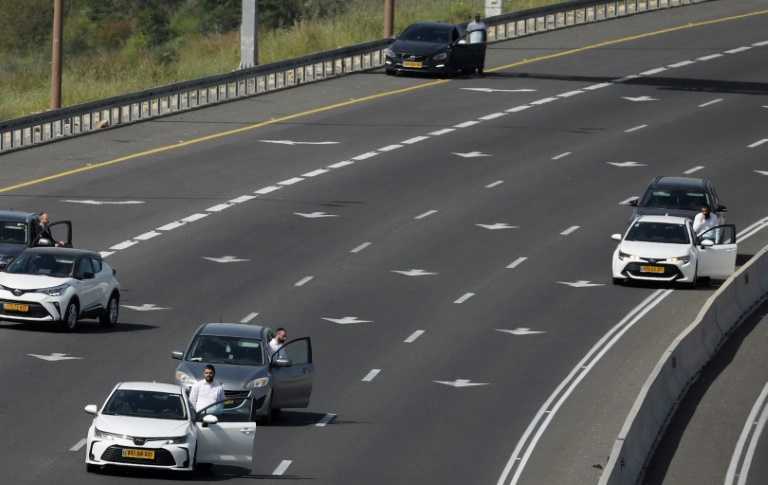 JERUSALEM - Israel briefly came to a standstill on Thursday with the morning bustle halted for two minutes at 10:00 am (0700 GMT) as sirens blared to honour the victims of the Holocaust.

In an annual ritual, pedestrians froze in place and drivers stopped and stood in silence beside their vehicles, honouring the six million Jews killed by the Nazis during World War Two.

Ceremonies took place across the country, in contrast to last year when coronavirus restrictions forced most memorials to be held online only and when the ageing survivors of the genocide were confined indoors.

Israel, with more than half its population vaccinated, has now lifted some of its pandemic restrictions.

READ: Israel's Netanyahu on trial as coalition talks ramp up

Netanyahu insisted Israel would not be bound to a nuclear deal between world powers and Iran if that would enable the Islamic republic to develop nuclear weapons.

Discussions are underway in Vienna aimed at rescuing the 2015 international agreement on Tehran's nuclear programme. 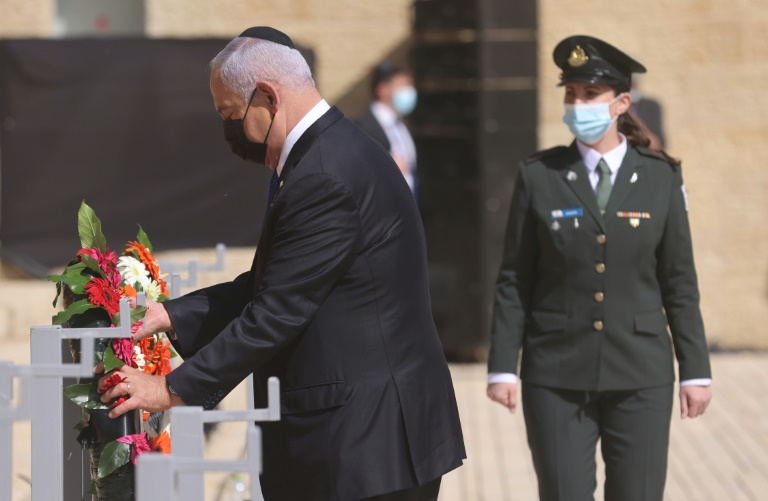 "An agreement with Iran that would pave the way for nuclear weapons ... would in no way be binding on us," the prime minister said.

"During the Holocaust, we had neither the capacity to defend ourselves nor the sovereignty to do so," Netanyahu added.

"Today we have a state, a defence force and we have the full and natural right as a sovereign state of the Jewish people to defend ourselves against our enemies."

Israel accuses its arch-foe Iran of seeking to develop nuclear weapons. Tehran insists its nuclear programme is civilian in nature.