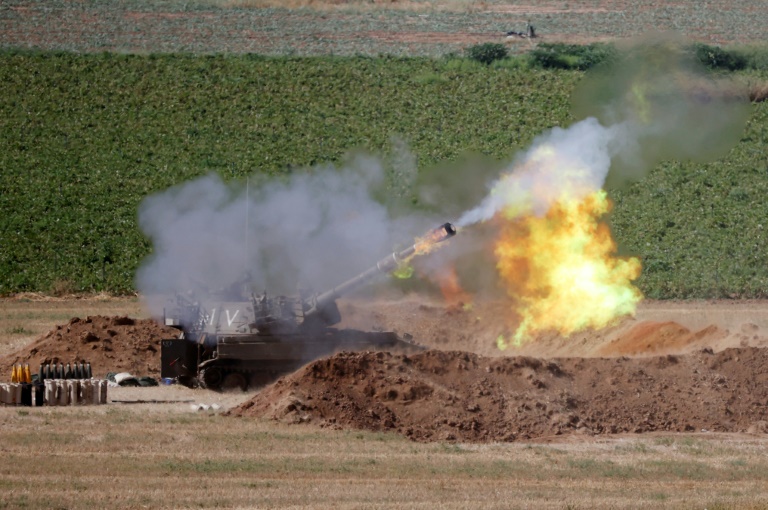 Rockets were seen tracing through the air towards Israel

JERUSALEM - Israel bombarded Gaza with artillery and air strikes on Friday in response to a new barrage of rocket fire from the Hamas-run enclave, in an intensification of a conflict that has now claimed more than 100 Palestinian lives.

Days of deadly violence have seen Israeli soldiers massing on the edge of the territory, although the army stressed there had been no ground incursion despite an earlier statement that troops were carrying out an attack "in the Gaza Strip". 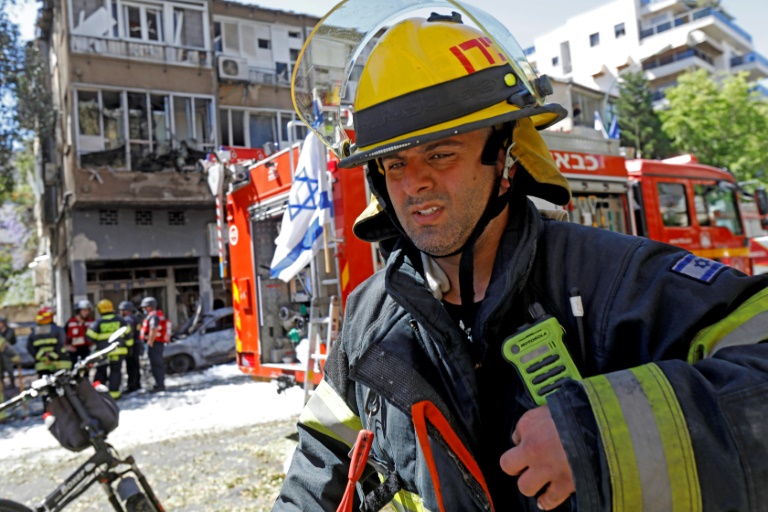 Israeli security forces have also been scrambled to contain deadly riots between Jews and Arabs, and projectiles have been fired from Lebanon.

The United Nations said the Security Council would meet on Sunday to address the conflict as the world body's Secretary General called for "an immediate de-escalation and cessation of hostilities". 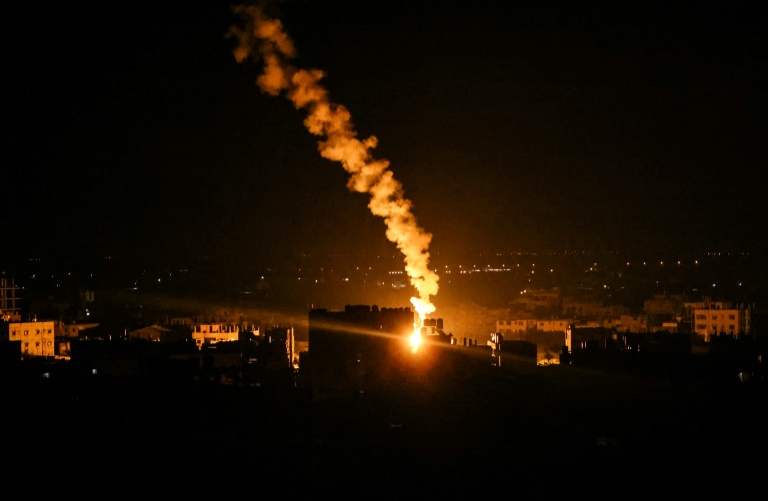 "Too many innocent civilians have already died," Antonio Guterres tweeted. "This conflict can only increase radicalization and extremism in the whole region."

US Secretary of State Antony Blinken said Washington was "deeply concerned about the violence in the streets of Israel", and the State Department urged citizens to "reconsider travel to Israel".

Dozens of rockets were fired from Gaza towards the southern Israeli coastal cities of Ashdod and Ashkelon, and in the vicinity of Tel Aviv's Ben Gurion airport. 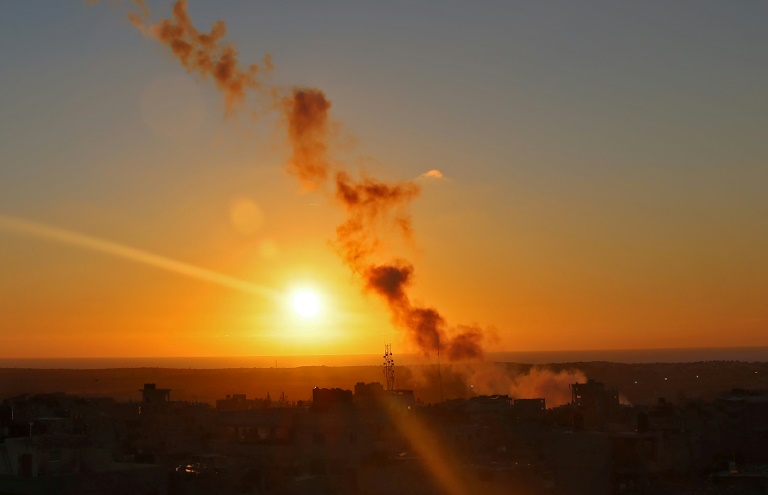 In Gaza, AFP photographers said people were evacuating their homes in the northeastern part of the enclave ahead of possible Israeli attacks, with Hamas, the Islamist group that controls Gaza, warning of a "heavy response" to any ground incursion.

The Israeli army clarified early Friday that its troops had not entered the Gaza Strip as it had earlier indicated, blaming an "internal communication" problem for the confusion.

With the conflict showing no signs of easing, Israel has been rocked by an unprecedented wave of mob violence, in which both Arabs and Jews have been savagely beaten and police stations attacked. 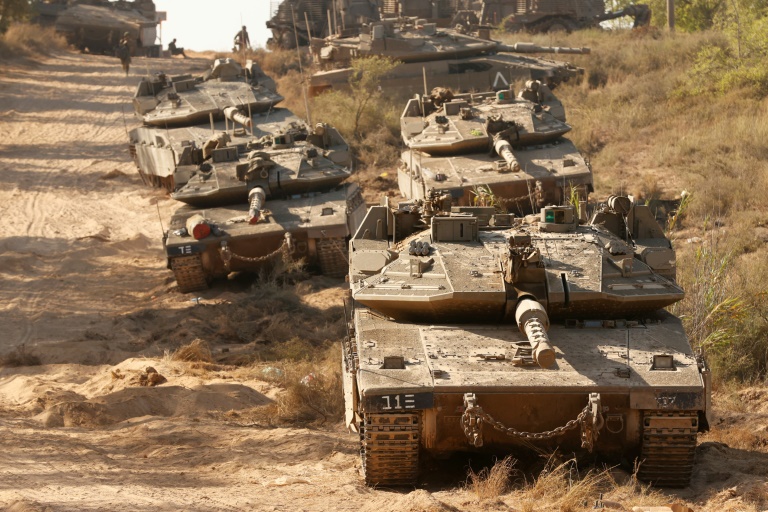 The heavy bombardments coincided with the start of Eid al-Fitr, which marks the end of the Muslim holy fasting month of Ramadan, and saw the faithful pray at mosques and amid the rubble of Gaza's collapsed buildings. 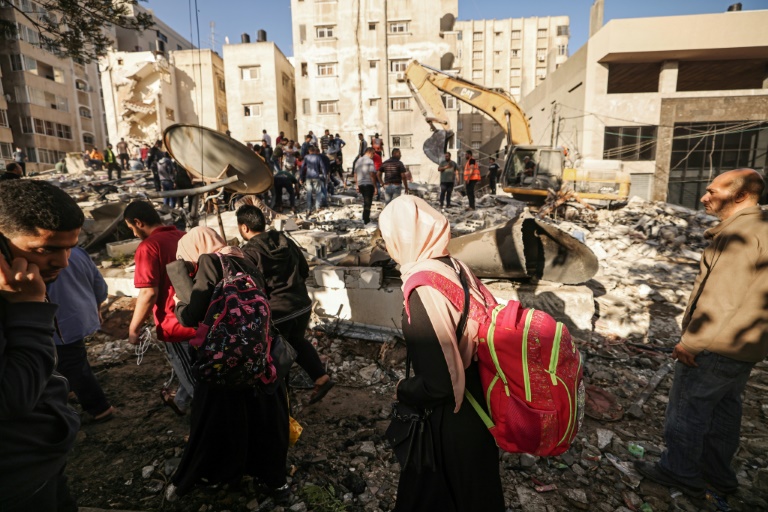 At least 103 people have been killed since Monday, including 27 children, and more than 580 wounded, the health ministry in Gaza said.

Inside Israel, seven people have been killed since Monday, including one six-year-old, after a rocket struck a family home.

The Israeli military said it had hit targets in Gaza more than 600 times while 1,750 rockets were fired from the enclave.

Hundreds of rockets were intercepted by the Iron Dome air defence system.

A source close to Israel's arch-enemy Hezbollah said the Lebanese Shiite group had no link to the incident. 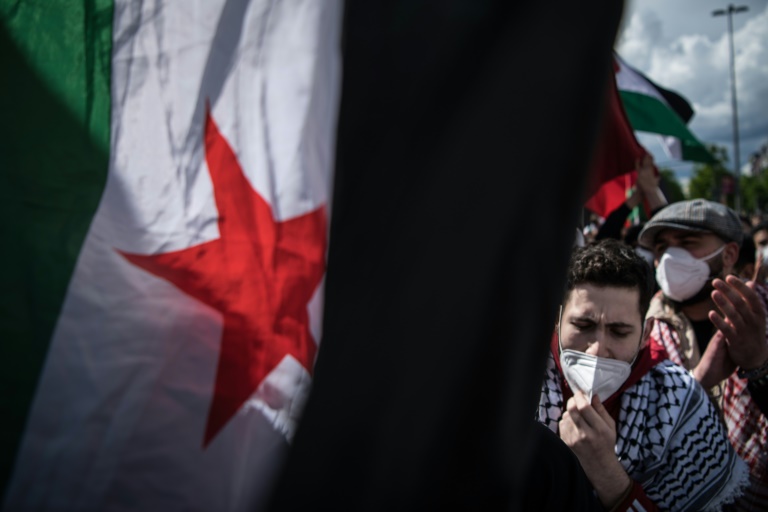 Israelis take cover in a shop as a siren wails during a rocket attack from the Hamas-controlled Gaza Strip, in the Mediterranean city of Bat Yam south of Tel Aviv

The military escalation was triggered by weekend unrest at Jerusalem's Al-Aqsa mosque compound, which is sacred to both Muslims and Jews.

The disturbances, in which riot police had repeatedly clashed with Palestinians, has been driven by anger over the looming evictions of Palestinian families from the Sheikh Jarrah neighbourhood of east Jerusalem.

The surging tensions sparked clashes in many of Israel's mixed towns where Jews live alongside Arabs, who make up about 20 percent of the country's population.

Nearly 1,000 border police were called in to quell the violence, and more than 400 people were arrested.

Police spokesman Micky Rosenfeld said inter-communal violence in multiple towns was at a level not seen for decades, and that police were "literally preventing pogroms". 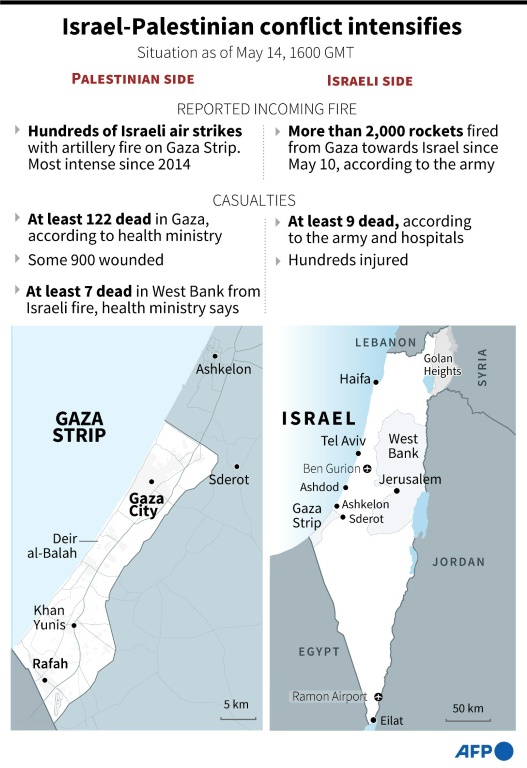 Prime Minister Benjamin Netanyahu said police were increasing their use of force, warning of the "option" of deploying soldiers in towns.

Israeli far-right groups have clashed with security forces and Arab Israelis, with television footage Wednesday showing a far-right mob beating a man they considered an Arab in Bat Yam, near Tel Aviv, leaving him with serious injuries.

In Lod, which has become a flashpoint of Arab-Jewish clashes this week with an Arab resident shot dead and a synagogue torched, a gunman opened fire Thursday at a group of Jews, wounding one.

Netanyahu said the violence was "unacceptable". 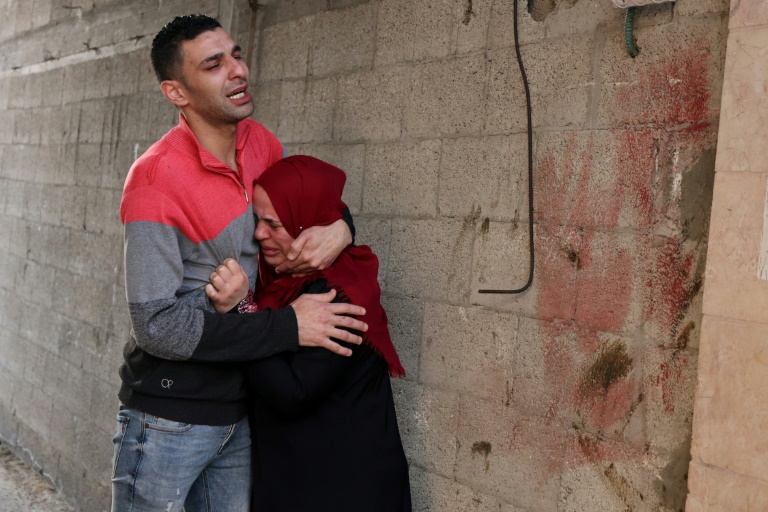 Rockets launched from Gaza towards Israel

Hamas announced it had also fired a rocket at Ramon in a bid to stop air traffic to Israel.