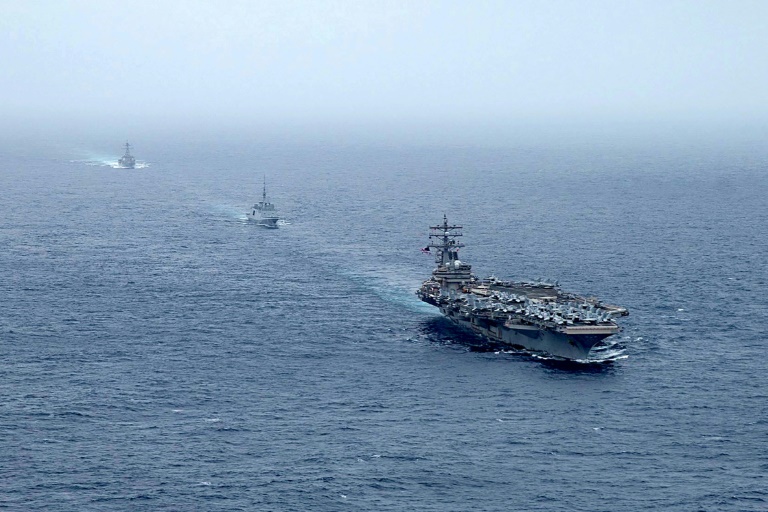 JERUSALEM - Israel is pressing for international action against Iran over a deadly attack on a ship managed by an Israeli billionaire, branding Tehran an "exporter of terrorism" after the likely drone strike.

The MT Mercer Street tanker was struck Thursday in the northern Indian Ocean, killing two crew members, in what the United States said was a drone-style attack.

There has been no claim of responsibility for the strike, but maritime industry analysts Dryad Global said "this latest attack has the hallmarks of the ongoing Israel/Iran 'shadow war'".

On Friday Israeli Foreign Minister Yair Lapid said he has ordered the nation's diplomats to push for UN action against "Iranian terrorism".

"I've instructed the embassies in Washington, London and the UN to work with their interlocutors in government and the relevant delegations in the UN headquarters in New York," Lapid said on Twitter.

"Iran is not just an Israeli problem, but an exporter of terrorism, destruction and instability that are hurting us all," he said.

Lapid said he had also spoken to his British counterpart Dominic Raab, stressing "the need to respond severely to the attack on the ship in which a British citizen was killed."

The Mercer Street, an oil products tanker, was travelling from Dar es Salaam in Tanzania to Fujairah in the United Arab Emirates with no cargo aboard when it was struck, Zodiac Maritime said. 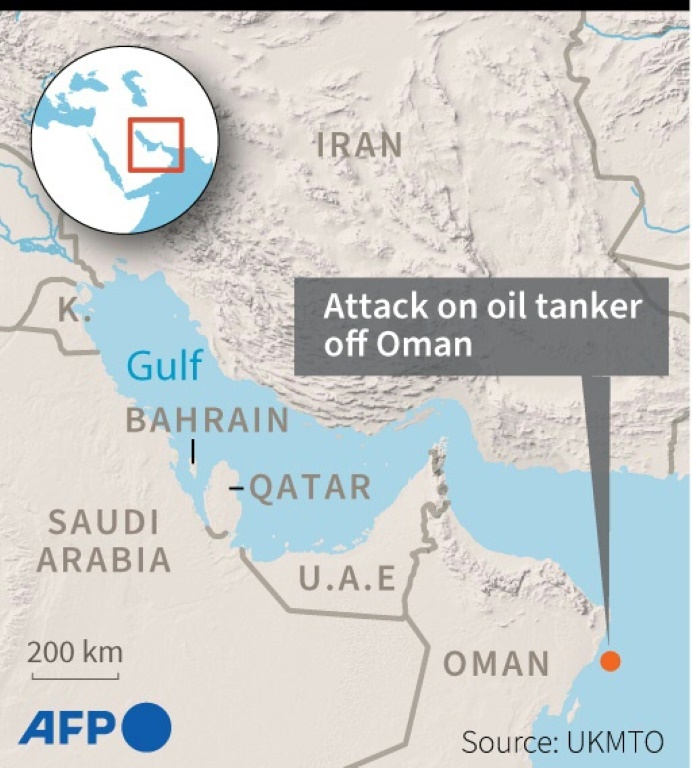 Attack on oil tanker off Oman

The US military said early indications "clearly point" to a drone strike on the Mercer Street, a Japanese-owned tanker flying a Liberian flag.

Iran's Arabic-language Al-Alam state TV channel, citing "informed regional sources", said the attack was a "response to a recent Israeli attack" targeting an airport in central Syria where Iran is backing the regime.

Israel, Brom told AFP, "started developing drones and is among the first (countries) to develop the concept of a kamikaze.

"The Iranians are imitating us and adopting the same techniques," said Brom, now a senior research fellow at Israel's Institute for National Security Studies.

Iran's strike marked "a certain escalation" but aimed at avoiding a full-scale war," he said.

In June, Iran said it had foiled a sabotage attack on an atomic energy agency building near the city of Karaj west of Tehran.

Several unmanned Iranian drones appear to have carried out the attack on the Mercer Street, crashing into living quarters under the ship's command centre, the New York Times reported, citing anonymous Israeli officials.

A statement from the US military's Central Command said on Friday that its naval forces answered a distress call after the attack.

"US navy personnel are on the Mercer Street, assisting the vessel’s crew," it said.

"US navy explosives experts are aboard to ensure there is no additional danger to the crew, and are prepared to support an investigation into the attack," it added.

By Friday afternoon, Zodiac Maritime said the ship was "sailing under the control of her crew" to a safe location under the protection of a US naval escort.

The strike on the tanker comes as European powers meet with Iran in an effort to shore up a 2015 agreement to curtail the Islamic republic's nuclear programme in exchange for lifting sanctions.

The accord was strained when in 2018 former US President Donald Trump withdrew the US unilaterally and reimposed sanctions.

Negotiations in Vienna, where the US is indirectly taking part, have stalled ahead of next week's inauguration of newly elected ultra-conservative Iranian president Ebrahim Raisi.

Dryad Global said the attack was the fifth against a ship connected to Israel since February. Two ships tied to Iran were attacked in that period, the firm said.