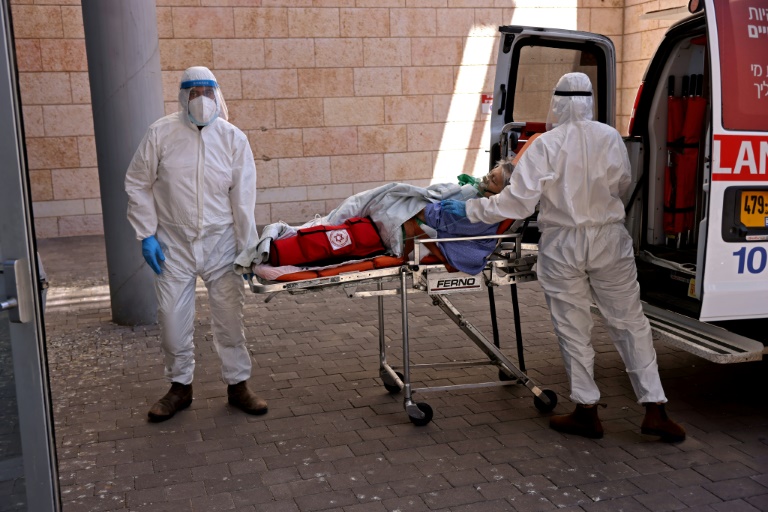 The measures, announced Sunday, require vaccination certificates or negative coronavirus tests to enter a range of public spaces, including restaurants and bars, cultural and sports venues, hotels and gyms.

The same applies to worshippers wishing to enter synagogues, mosques or churches with more than 50 people in attendance.

The capacity of stores, shopping malls and industrial parks has also been limited to one person per seven square metres (75 square feet).

According to the health ministry, 58 percent of Israel's roughly 9.3-million residents have received two shots of the Pfizer/BioNTech vaccine.

But infections are surging again, driven by the spread of the more contagious Delta variant of the virus, with restrictions that were lifted in June reimposed since July.

According to the health ministry, more than 8,700 people tested positive for coronavirus on Tuesday, the highest number for a single day since January.

Cases are also rising among Palestinians in the occupied West Bank and the Israeli-blockaded Gaza Strip.

Official figures show that infection rates have risen sevenfold since August 1, with several hundred cases a day reported in recent days, after weeks of two-digit tallies.

The Palestinian health ministry official in charge of hospitals, Naji Nazzal, blamed the surge and the rising number of hospitalisations on the Delta variant, the official Wafa news agency reported.

The health ministry spokesman in Hamas controlled Gaza, Ashraf al-Qudra, said Wednesday that the coastal strip was suffering "the third wave of this epidemic."

Gaza resident Helen El Jamel told AFP that after cases ebbed people became complacent, and "were mixing in the markets, did not use sterilisers, and did not wear a mask."