Israelis grounded by Omicron give Nazareth a Christmas boost 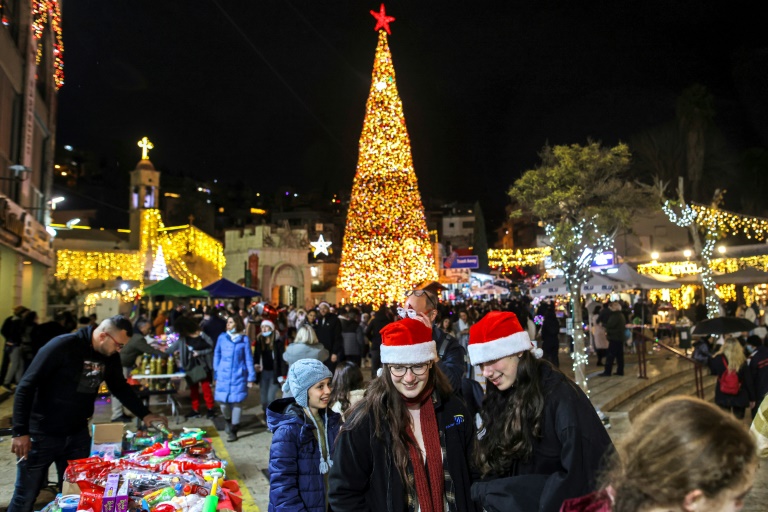 TEL AVIV - With Israel closed to tourists and its citizens restricted from travelling abroad, the mainly Arab city of Nazareth, normally a magnet for Christian pilgrims, has been thronged with Jewish visitors.

"It's not the Christmas that we hoped for, but still, the atmosphere is great, many Jewish Israelis are coming, many locals are coming," said Nazareth tour guide Aziz Banna, 41.

Major foreign destinations - including the United States, Britain and France -- are on the no-fly list, which has led Israelis in the run-up to Christmas to turn to Nazareth, a city central to Christian belief also undergoing a cultural renaissance.

"We're not going overseas so fast at this point in the coronavirus," psychologist Roni Harari, 49, of Haifa told AFP as her children ate Belgian waffles outside a Nazareth Christmas market.

"Here it feels like a little bit of abroad." 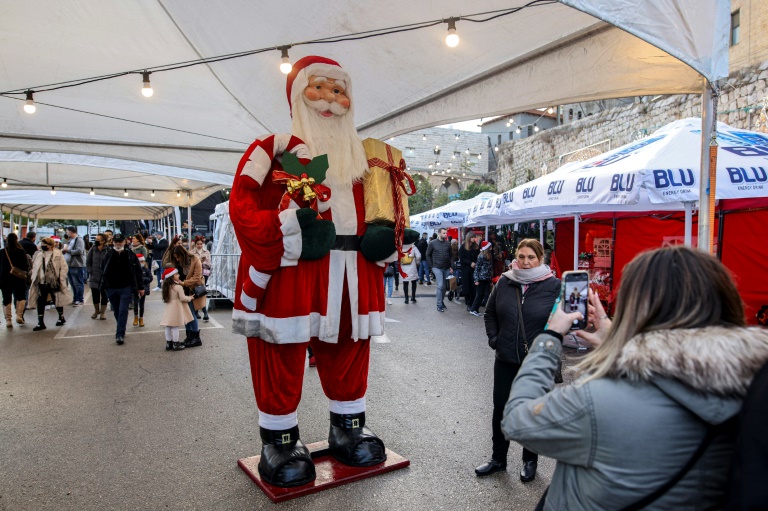 For Palestinian citizens of Israel, who make up roughly 20 percent of the Jewish state's population, Nazareth is an important cultural and political hub, and the country's largest majority Arab city with a population of 78,000.

For Christians, Nazareth is revered as the city where Jesus was raised by Mary and Joseph. About a quarter of residents are Christian.

In years before the pandemic, Nazareth welcomed Christian pilgrims who stopped at sacred sites like the Basilica of the Annunciation, where the Archangel Gabriel is said to have announced to Mary that she would conceive a son through a virgin birth and that he would be the Messiah.

Jewish Israelis have always been interested in Christmas tourism, but this year it has been more pronounced, said hotelier Bassam Hakim, 36.

On Saturday, six of the 10 rooms at his boutique hotel were booked, he said, mostly with Israeli tourists -- a blessing, but one with limits.

"The domestic tourism comes only two days a week, on the weekend. We have five days a week in which we are unemployed," he said. 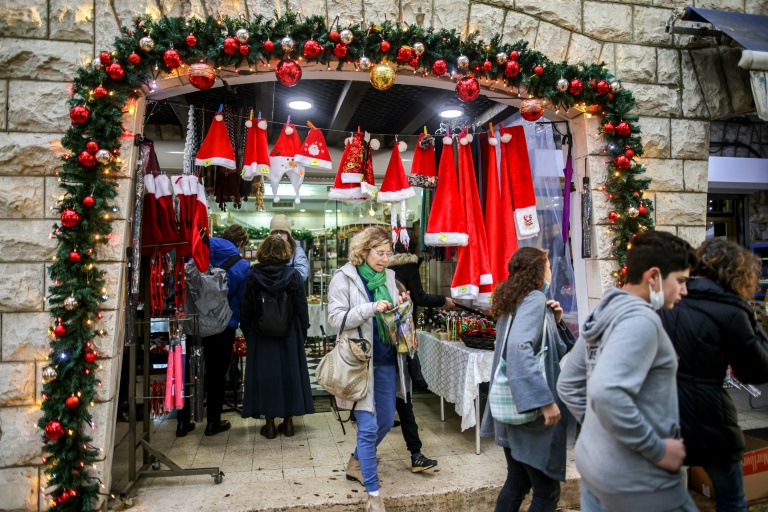 Arab entrepeneurs in Nazareth say the downside of the domestic tourism boom is that most Israelis come just for the weekend, leaving businesses idle during the week

Hakim opened his hotel in 2015 in a stone building his family has owned for three generations.

He is among the local entrepreneurs opening modern guesthouses, cafes and galleries in Nazareth's old city, alongside stalwarts selling spices and knafeh cheese pastry.

"The rebirth in Nazareth is much more powerful than the coronavirus," he said.

"Youngsters with great power who want to make a change and want to fulfil themselves are opening shops even during Covid."

Efrat Damari, 53, from a Tel Aviv suburb, visited Nazareth with seven friends to celebrate a birthday.

"We visited all the places, the churches, the market, we saw the nice things, we ate," she said. "They hosted us really nicely, there were wonderful people here."

Sharon Ben Ari, director of Nazareth's tourism department, said the city and the national government had invested in this year's Christmas season, publishing a 100-page Hebrew guide and launching a web site aimed at Jewish Israelis.

He said this year's Christmas was "especially successful" and estimated 10,000 people visited a day, bringing in about 50 million shekels ($15.9 million).

"There's no chance this covers nearly two years of corona," he said. "We are standing before the wave of Omicron and we're worried." 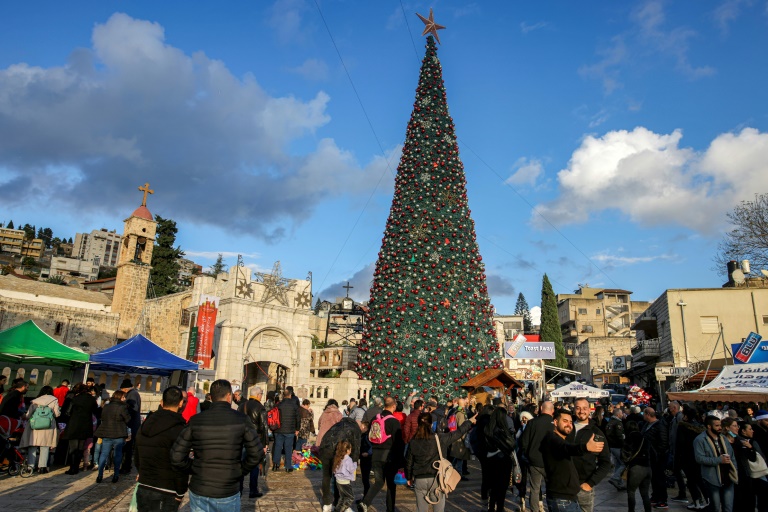 A crowd gathers around the giant Christmas tree outside the Greek Orthodox Church of the Annunciation, whose caretaker estimates Jewish Israelis have made up 90 percent of visitors this season

At the Greek Orthodox Church of the Annunciation, caretaker Bishara Hakim -- Bassam's uncle -- estimated that 90 percent of visitors this season were Jewish Israelis, lamenting that they don't appear to have the same spiritual connection to the site as Christian visitors.

"The majority of Jewish tourists don't feel connected to the church. They come, they see it, and they leave," he said.

Painter Fatima Abu Roomi of nearby Tamra village opened the Balqees gallery in 2020, she said, "to advance, and help Arab artists".

Before the holiday, even as a towering Christmas tree in a nearby plaza drew masses of visitors, foot traffic was light inside her gallery.

"Hopefully it will get better," she said, suggesting snarling traffic had kept some art-lovers away.

Still, a spirit of celebration sounded through the city, with church bells ringing, families shopping for red and white hats, and speakers blaring Christmas songs in Arabic.

Nazareth's mini-boom contrasts with the Christmas season in Bethlehem, where tradition holds Jesus was born.

Israel has occupied the West Bank since 1967 and controls all entrances to the territory. As a result, tourists barred from Israel are also blocked from the Palestinian side, leaving shops and hotels in Bethlehem deserted.

With Israelis banned from visiting the Palestinian Authority-controlled city, Bethlehem is not enjoying the same domestic boost.

Banna, the tour guide, said though some Palestinian citizens of Israel visit, "it's not enough for Bethlehem".

"It's part of the politics here in this land," he said, even though the Christmas story "begins in Nazareth and then continues to Bethlehem".