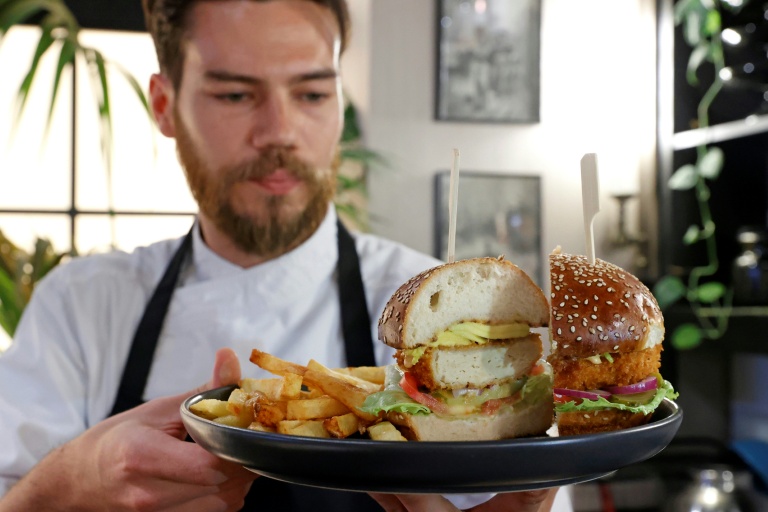 NESS ZIONA - It looks like chicken and tastes like chicken, but diners in Israel are tucking into laboratory-grown "meat" that scientists claim is an environmentally friendly way to feed the world's growing population.

In a small restaurant in a nondescript building in a science park in the central Israeli town of Ness Ziona, diners munched burgers and minced meat rice rolls made with "cultured chicken" -- meat grown in the adjacent SuperMeat production site.

"It was delicious, the flavour was great," said Gilly Kanfi, a self-described "meat eater" from Tel Aviv, who had signed up for the meal months in advance.

"If I didn't know, I would have thought it was a regular chicken burger."

The Chicken, as the eatery is called, is a testing ground of sorts for SuperMeat, hosting periodical test meals to generate customer feedback while waiting for regulatory approval.

The restaurant's dark and elegant interior is framed by large windows looking onto a bright-lit laboratory, where technicians monitor large stainless-steel fermentation vats.

"This is the first time in the world people can actually have a taste of a cultivated meat product, while observing the production and the manufacturing process in front of their eyes," said Ido Savir, SuperMeat's chief executive.

Here, at least, the laboratory has made redundant the age-old question of whether the chicken or the egg came first. 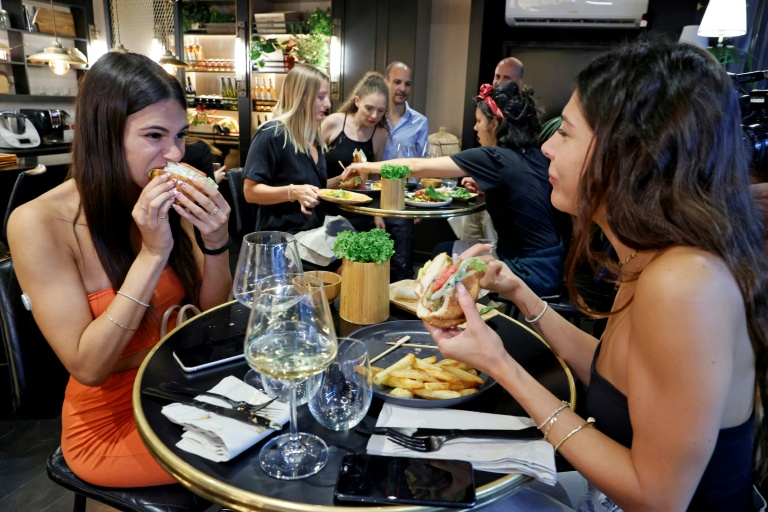 It looks like chicken and tastes like chicken; but Israeli diners are tucking into laboratory-grown and environmentally friendly 'meat'

With all the feed going directly into production, it grows rapidly, with the mass doubling within a matter of hours, the company says.

Savir, a vegan with a background in computer science, sees himself as being at the "forefront of a food revolution" trying to help supply food while limiting the impact on the planet.

Developers said they are working to provide more ethical and sustainable ways to create cruelty- and slaughter-free meat, with the product grown without using genetic engineering or antibiotics.

The company is currently able to produce "hundreds of kilogrammes" each week, Savir said.

But he hopes to earn regulatory approval from the US Food and Drug Administration, and would then increase production to a "commercial" scale.

"This way we'll be able to reduce the amount of land, water use and so many other resources, and keep the product very healthy and clean," he said, noting the high prevalence of diseases among chickens produced in factory-style production. 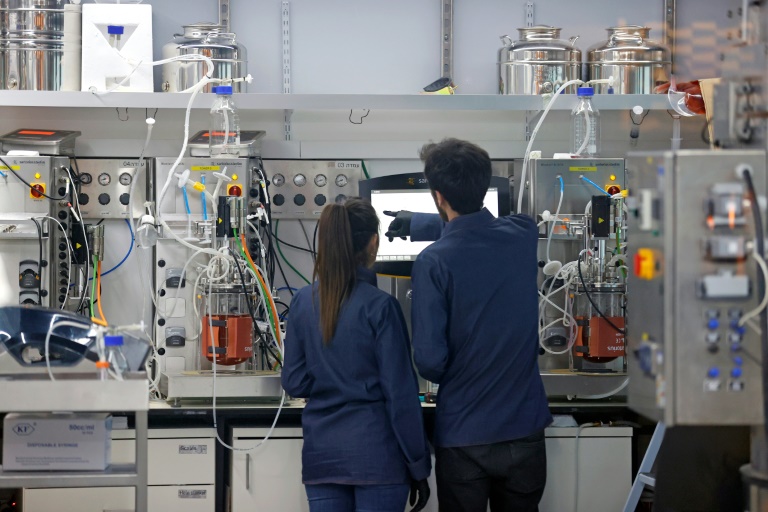 Global meat production is projected to rise 15 percent by 2027, according to the UN Food and Agriculture Organization.

SuperMeat is not the first to develop the technology. In December, a Singapore restaurant made history when it became the first to sell lab-grown chicken meat.

The Israeli firm has developed a versatile product, blending muscle, fat and connective tissue cells to create different cuts -- even including pet food.

Zhuzha, a white bull terrier attending the meal along with its owner, enthusiastically devoured the SuperMeat dog food it was handed.

"Pets love our meat as well," Savir said with a smile.

The human diners said the product was as good as the real thing.

"It really surprised me," said Lisa Silver, a regular meat-eater. "If I can get that in a restaurant, I will go vegan, totally. It's a game-changer."

For her sister Annabelle, it was the first time in years she had eaten meat.

"One of the reasons that I became vegetarian originally was because it's not ethical, it's not sustainable," she said.

"To get meat minus the cruelty is just amazing, it's perfect, I could eat this every single day."

But the question whether the product should be considered meat is one faced not only by vegetarians -- but also Jewish rabbinic authorities.

Producing meat in a cruelty-free way that does not harm the environment is a positive development that will "save the world problems", said Rabbi Eliezer Simcha Weisz, a member of Israel's Chief Rabbinate Council.

While rabbis would have to learn the novel process and supervise it, Weisz said he expected the product would eventually receive a kosher designation. 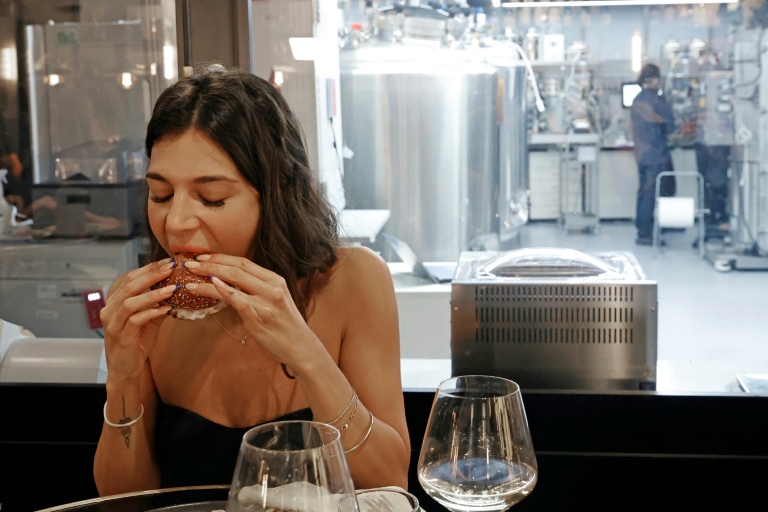 Gilboa would like the world to turn to a plant-based diet, and sees cultivated meats as a pragmatic way for people to take the first steps to vegetarianism.

"The world population is increasing at a break-neck speed," she said, adding that the only way to keep up will be "through technology".

Savir believes the technology could change humanity for the better.

"Like we saw with the revolution of the smart phone, once this is available, we'll start producing so much meat," he said.

"It would increase food security for nations around the world, a very sustainable, animal-friendly and efficient process."