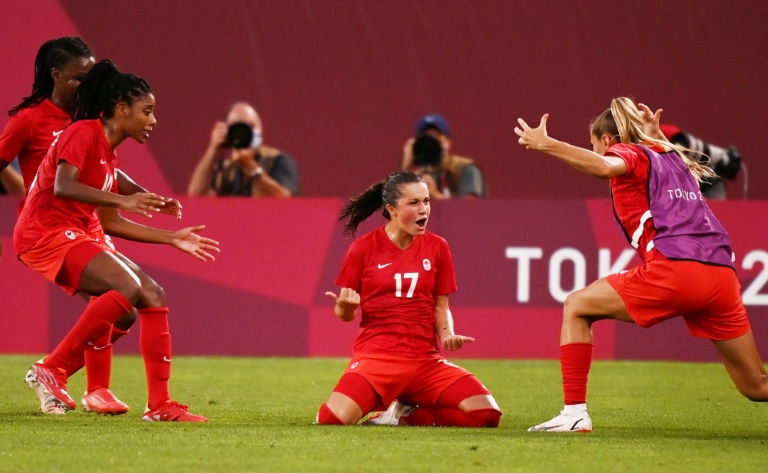 Fleming's nerveless 74th-minute spot-kick earned Canada a first win over their neighbours since 2001 and set up a clash with Sweden, who beat Australia 1-0 in the second semi-final.

Defeat ended the Americans' 36-match unbeaten run against Canada. The world champions will face Australia for the consolation of a bronze medal.

"It sucks, obviously, you never want to lose," said US forward Megan Rapinoe.

"There's 100 things we'd all want to do better. I think that's the most frustrating thing for all of us," she added. "It's a tough one to swallow."

The US and Canada combined for seven goals the last time they met at the Olympics, a memorable 4-3 semi-final win for the US after extra time at Old Trafford in 2012.

Canada ultimately finished with bronze nine years ago and ended third at Rio 2016 as well.

"There's some veterans on the team that still feel that hurt from 2012. I'm just over the moon for that group of players," said Canada coach Bev Priestman.

"Winners win and we're going into this final to absolutely go and get a gold medal."