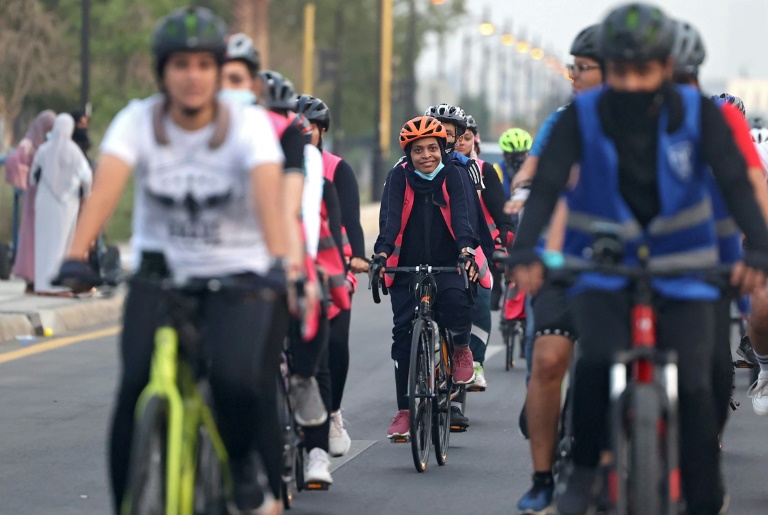 Women in the "Courage" mixed-gender cycling club go for a ride in Jeddah, Saudi Arabia

RIYADH - For years, Samar Rahbini thought it would be "impossible" to cycle in the streets of conservative Saudi Arabia, where women's sport was long frowned upon.

Now she runs the "Courage" mixed-gender cycling club in the Red Sea city of Jeddah, ignoring the raised eyebrows that persist despite the kingdom's social reforms.

"I chose the name 'Courage' because what we are doing takes courage... to go out on the streets and practise in public and in crowded places," she told AFP.

Still, Rahbini said the reactions have been vastly more subdued than before 2017, when the crown prince and de facto ruler Mohammed bin Salman kicked off a drive for liberalisation.

"The situation before 2017 was very difficult because of society's reluctance to accept women in sport, especially cycling," the 23-year-old told AFP.

"There would be glares, people filming and bewilderment, with people unable to comprehend what's going on when we biked." 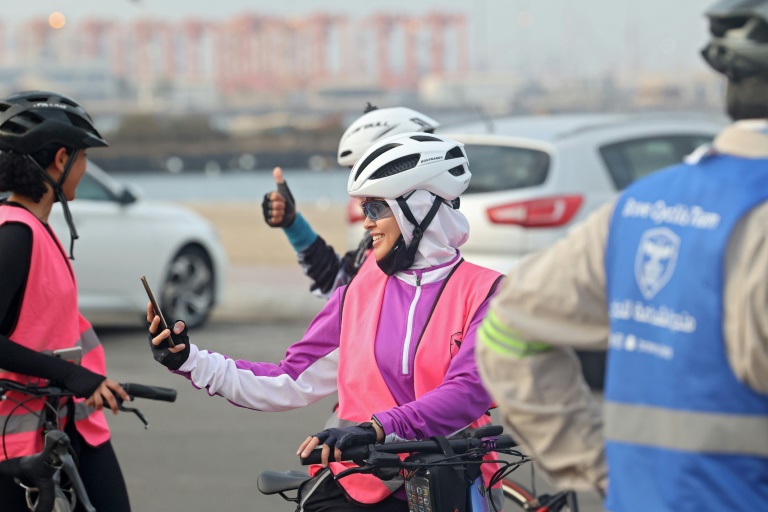 In the past, the involvement of Saudi women in sport has been met with hostility from some conservatives who see it as immoral and a gateway to indecent acts

In the past, the involvement of Saudi women in sport has been met with hostility from some conservatives who see it as immoral and a gateway to indecent acts.

But now women's cycling has become far more common in Jeddah, where Rahbini and her friends glided past cars on a recent ride.

She was wearing a black tracksuit, white jacket and a helmet, with her hair flowing underneath in the wind.

"Now, the large number of women who cycle on almost a daily basis have made female cycling a familiar thing," said Rahbini, whose club has hundreds of women members.

But the authorities continue to crack down on any opposition or activists.

The "Courage" club rents out bikes and all the necessary equipment for a small fee, or for free for those who cannot afford it, she said. 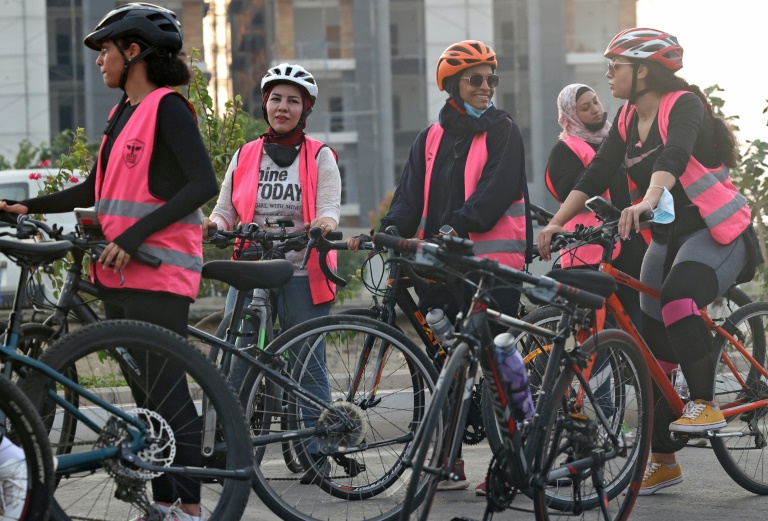 Women take a break during a cycling tour of the Saudi city of Jeddah on September 17, 2021

For Fatima Salem, 44, cycling is not only fun but a great way to stay fit.

"I used to cycle when I was a child, and it took me a long time to take it up again," said the mother of four, who wore a headscarf and a pink T-shirt over her long-sleeved tracksuit.

"What is happening is new to us and to women in society, and it is beautiful allowing women to discover their hobbies."

While Saudi Arabia is not equipped with bike lanes, Rahbini hopes that will soon change, urging the government to set up proper infrastructure.

"My dream is for every Saudi woman to cycle," she said.