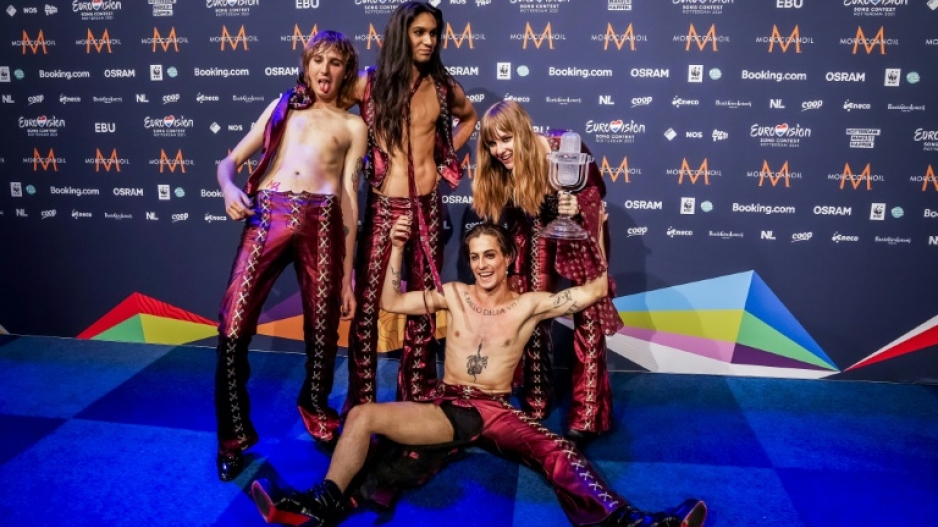 ROTTERDAM - The singer for Italy's Eurovision Song Contest-winning rockers Maneskin will take a voluntary drug test after denying speculation that he was snorting cocaine during the broadcast, organisers said Sunday.

Red lederhosen-clad vocalist Damiano David will be tested after going back to Italy, following viral footage of him leaning over a table in the hospitality area of the competition in Rotterdam.

The furore comes after favourites Maneskin fought off stiff competition from France and Switzerland, surging to victory on the back of the public vote to win with 524 points with their song "Zitti e Buoni".

"We are aware of the speculation surrounding the video clip of the Italian winners of the Eurovision Song Contest in the Green Room last night," the European Broadcasting Union (EBU) said in a statement.

"The band have strongly refuted the allegations of drug use and the singer in question will take a voluntary drug test after arriving home. 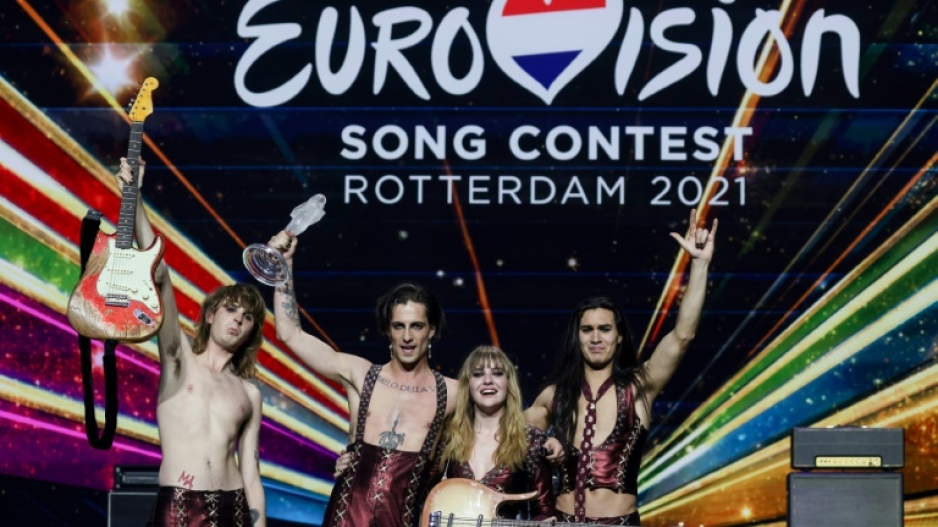 "This was requested by them last night but could not be immediately organised by the EBU."

The Maneskin singer was asked about the footage during a press conference early on Sunday, and said he had been looking down because guitarist Thomas Raggi had broken a glass.

"I don't use drugs. Please, guys. Don't say that really, no cocaine. Please, don't say that," said David, who sprayed his band mates with champagne during the conference.

The EBU said evidence at the scene appeared to back up David's account about the glass smashing.

"The band, their management and head of delegation have informed us that no drugs were present in the Green Room and explained that a glass was broken at their table and it was being cleared by the singer," its statement said.

"The EBU can confirm broken glass was found after an on-site check. We are still looking at footage carefully and will update with further information in due course."

The four-piece, which also features Victoria De Angelis on bass and Ethan Torchio on drums, had said earlier in their Instagram stories that they were "ready to get tested because we have nothing to hide".

"We are really shocked about what some people are saying about Damiano doing drugs. We really are AGAINST drugs and we never used cocaine," they said.

"We are here to play our music and we are so happy about our Eurovision win and we wanna thank everyone for supporting us."

Maneskin made no immediate comment after the drug test announcement, but their Instagram account posted a picture of the band on a plane with the Eurovision glass microphone trophy saying "and now let's go home. Thank you"

Italy's victory, the country's first since 1990 and third overall, brought heartbreak for France's Barbara Pravi who had hoped to end her nation's 44-year drought.

France's foreign minister even commented on the Maneskin furore when asked earlier Sunday about whether the Italian singer should be tested.

"I think that Eurovision has the responsibility to honour this competition and if there is a need to do tests, they will do tests," Jean-Yves le Drian said.

"It's for Eurovision's ethics committee to see if there's a problem. I don't want to get involved in this jury, it's not my competence."

Italy's Maneskin had earlier played up their rock credentials, posing with tongues out, wearing high heels and studded leather, and shouting "rock and roll never dies" as they picked up the trophy.

Maneskin's name comes from the Danish word for moonlight -- their bassist Victoria De Angelis is half Danish -- and they honed their craft by busking before taking part in talent show the X Factor in 2017.

"I can finally hand over the baton to Maneskin who, after 31 years, have allowed the three-coloured flag of Italian song to win the prestigious Eurovision Contest," Cutugno said on Facebook.

"Well done to you. And good luck with your career. Long live Italy. Long live music."

Italy is one of Eurovision's "Big Five" along with Britain, France, Germany, and Spain, who automatically qualify for the finals each year. But it pulled out of the contest between 1997 and 2010