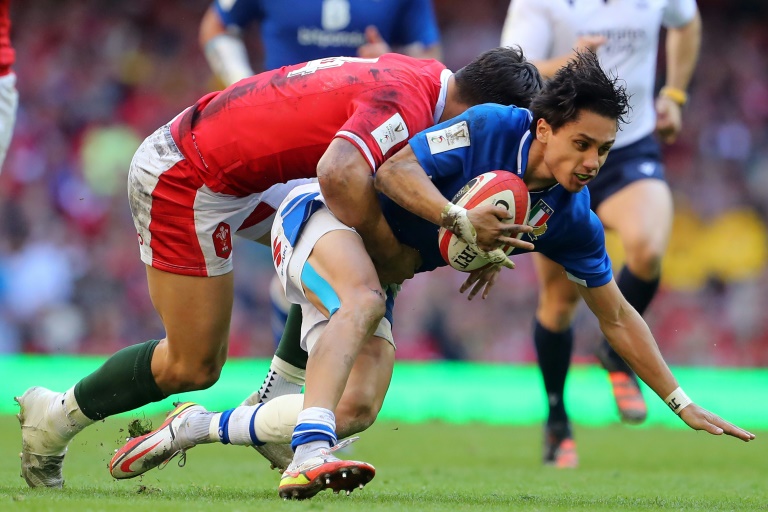 PARIS - Italy full-back Ange Capuozzo, who lit up the Six Nations when he made his first international start in Cardiff, has joined French giants Toulouse, the Top 14 club announced on Friday.

Capuozzo, who was born in Isere, has been playing for French second division side Grenoble for whom he made his debut in May 2019 when they were still in the Top 14.

"I am very happy to open a new page by signing for Toulouse," the 23-year-old said in a statement.

"I feel a lot of excitement as I approach this change in my personal and professional life. I wanted to sign with a club that would allow me to improve my game and I think I have chosen the ideal place for that."

Capuozzo, who has signed for Toulouse until 2025, made his full international debut for Italy as a replacement in the 33-22 loss to Scotland in March.

A week later he made his first start against Wales in Cardiff and produced the electric break that set up a try for Edoardo Padovani which snatched a late 22-21 win for the Italians.

Wales' Josh Adams, who was named Player of the Match on the 77th minute before the try, later gave his medal to Capuozzo.

"Like a certain Vincent Clerc, also from Grenoble, Ange has the ideal profile to play at Toulouse," said club president Didier Lacroix.

"We have already had a glimpse of his talent by following his performances in Pro D2 (second division) and we are now looking forward to seeing how he will integrate into the group and the game plan established by the staff."

Despite the impending retirement of Maxime Medard, Capuozzo will face stiff competition for the number 15 jersey at Toulouse next season from French internationals Thomas Ramos and Melvyn Jaminet.

He is also capable of playing on the wing, where Toulouse lacked depth this season after the retirement of Yoann Huget and the transfer of South African World Cup winner Cheslin Kolbe for Toulon.