After months of stop-start restrictions imposed to manage second and third waves of Covid-19, Italy hopes this latest easing will mark the start of something like a normal summer.

Draghi has admitted to taking a "calculated risk" with the reopenings, as infection rates have fallen but Covid-19 deaths still mount by hundreds every day, to more than 119,000.

Italian businesses are desperate to reopen after the pandemic sparked the deepest recession since the end of World War II.

The country is pinning its hopes on a 220-billion-euro ($266-billion) plan funded by the European Union, which Draghi told lawmakers Monday would affect "the country's destiny".

Three-quarters of regions dropped Monday into the lower-risk "yellow" category, with bars and restaurants permitted to restart table service outside -- including, for the first time in six months, in the evening, although a 10 pm curfew remains in place. 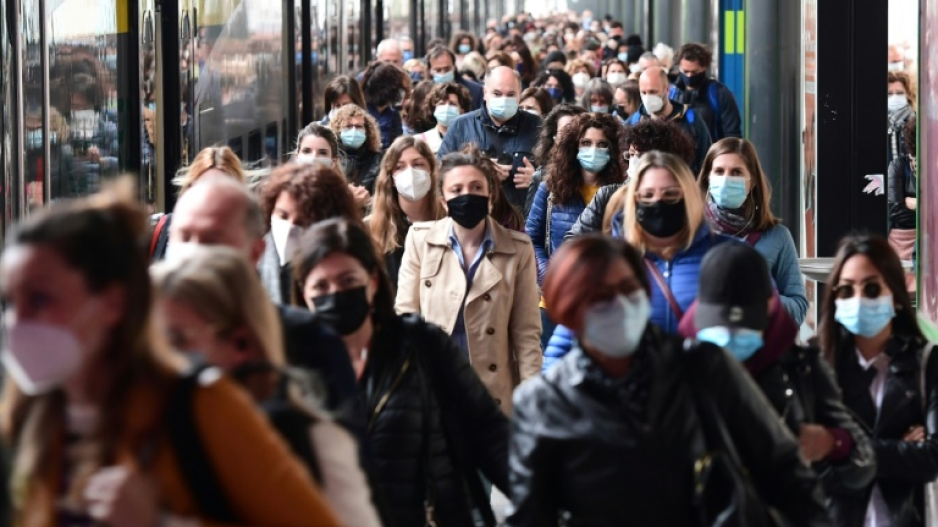 "It's the start of a return to normality."

In Milan, the Beltrade cinema claimed the title of being the first to reopen after six months of inaction with a special 06:00 am screening of "Caro Diario," a classic Italian film from the 1990s.

"I went with my husband, and it was great to be back together in a cinema and do this crazy thing," said Francesca Pierangeli, one of 82 people at the sold-out show.

Draghi had been under intense pressure to ease restrictions, including from far-right leader Matteo Salvini and increasingly vocal anti-lockdown street protests. 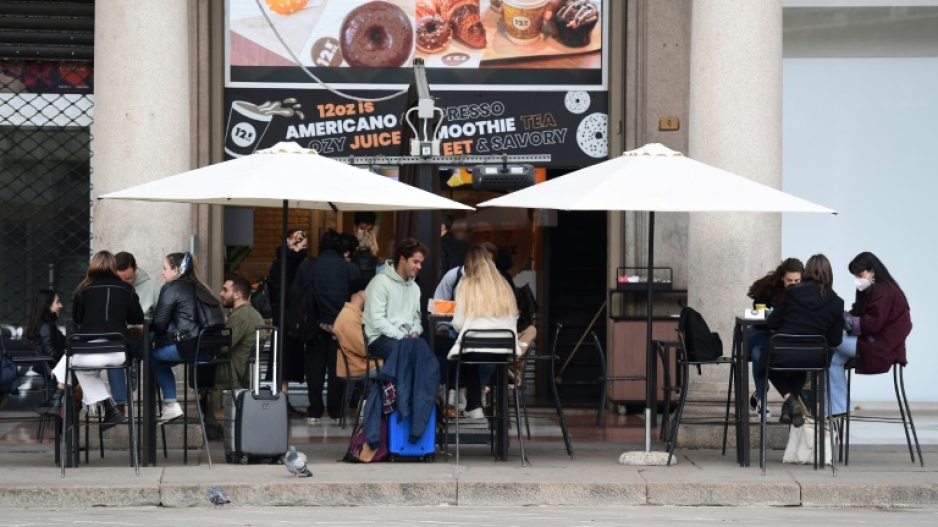 The vaccination programme is gaining pace with 17.75 million jabs administered so far in a population of around 60 million, but experts doubt this could be enough to stave off a new health crisis.

"Clearly if the gradual reopening is interpreted as a 'free-for-all', a new surge in infections risks compromising the summer season," warned Nino Cartabellotta, head of the GIMBE Foundation health think tank.

Already at the weekend, throngs of people took advantage of the warm weather and packed the streets of central Rome and other cities, causing police to close off some crowded areas.

Italy was the first European country to be hit by the pandemic in early 2020 and remains one of the worst affected, with the EU's highest reported death toll.

Draghi told parliament on Monday the 222.1-billion-euro investment and reform plan would affect "the country's destiny, the extent of its role in the international community, its credibility and reputation" on the world stage.

Italy is the main beneficiary of the EU's 750-billion-euro post-pandemic recovery fund, but is under intense scrutiny to spend the money wisely. The plan must be submitted to Brussels by Friday for approval.

The government hopes the plan will boost growth by 3.6 percentage points by 2026, after the economy shrank by a staggering 8.9 percent last year on the back of coronavirus closures.

There will be money to help women and young people, who have disproportionately lost out during the pandemic, while around 40 percent will be targeted at historically under-performing southern Italy.

Draghi, a former European Central Bank (ECB) chief, has also highlighted the importance of tax reform and speeding up the snail-paced justice system -- noting it currently takes about 500 days to conclude a civil suit, against 200 in Germany. 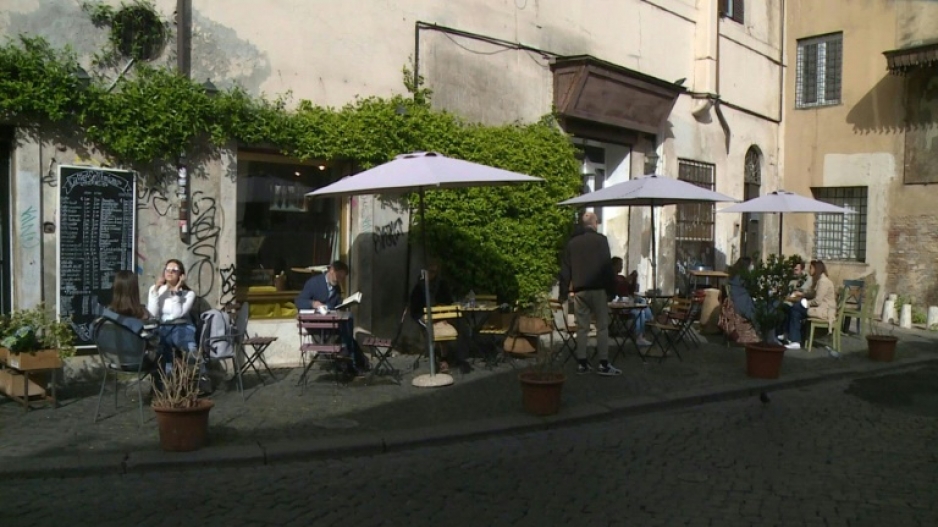 Three-quarters of Italian regions dropped Monday into the lower-risk "yellow" category, with bars and restaurants permitted to restart table service outside -- including, for the first time in six months, in the evening, although a 10 pm curfew remains in place.

On Monday, he said Italy would pull through. "I am sure that honesty, intelligence and a taste for the future will prevail over corruption, stupidity and vested interests."